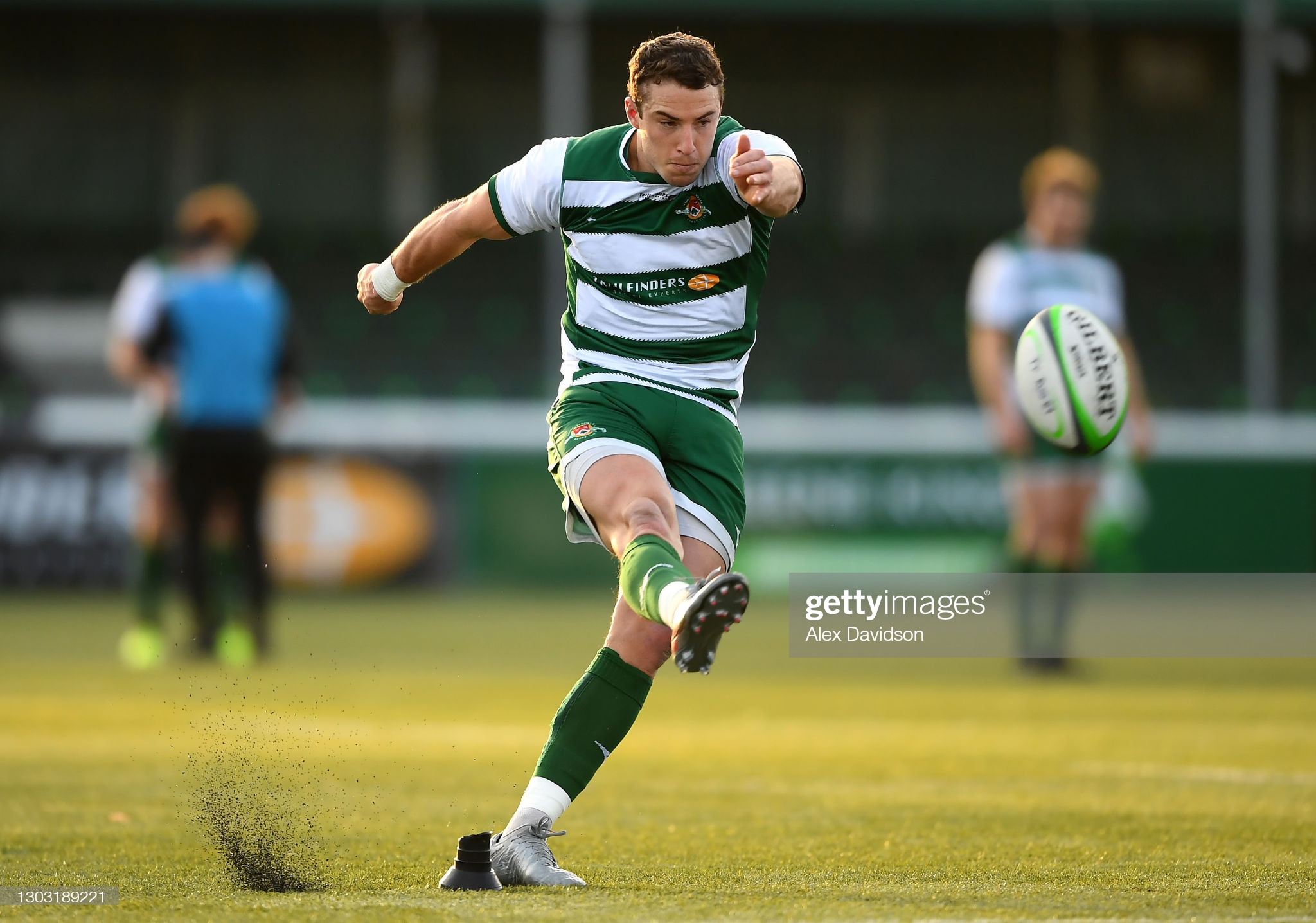 It may be Wales-England week, but West Walian Steven Shingler wants to take Ealing Trailfinders to the Gallagher Premiership – and prepare for his next life as a professional coach.

The man from Hendy has previously plied his trade at London Irish, Scarlets, Cardiff Blues and Stade Montois but believes Ealing have the potential to be as big as any of them.

Ealing are a hugely ambitious club owned by multi-millionaire Mike Gooley and have their sights set on the big time.

While Premier Rugby Limited might have their sights set on a ring-fenced 13-team Premiership with the disgraced Saracens strong favourites to be promoted, Ealing are determined to rip up the script when this season’s English Championship gets the go-ahead.

Having already beaten Saracens twice in a pre-season competition, the former Wales Under 20s outside-half is adamant his side have the potential to push them all the way for promotion to the Premiership.

“The facilities at Ealing are absolutely out of this world for a Championship club and is better than a lot of Premiership clubs,” said the 29-year-old.

“I’ve been to big clubs like Scarlets, London Irish and I trained at the Vale with Cardiff Blues and Ealing’s training facilities are as good as any of them.

“The gym is getting redone, and we’ve got an indoor arena. There’s a growth mindset at Ealing.

“They are a club that I’ve trained the hardest at. We want to be in the conversation with the big teams and push for the Premiership.

“We are aware we need to go out and do it by getting promoted. The ring-fencing could be an issue, but we are playing the three-times European champions Saracens.

“We want to go unbeaten this season. Usually in the Championship you could lose two or three games and still win but this season, with Saracens, if you lose one game you’re probably gone.

“That’s how high the stakes are. It’s quite difficult when you hear conversations saying, ‘get Saracens back up there and close it off’.

“You kind of think that’s not really fair. You’ve got a club here who have got great potential to grow.”

Shingler may not be the flashiest player in the game but he has always been one of the rugby’s deep thinkers.

An intelligent outside-half with an accurate kicking game, Shingler grew up admiring former Scarlets, Wales and British & Irish Lions playmaker Stephen Jones, who has gone on to become one of the most innovative coaches.

And Shingler, who is also studying to become an independent financial advisor, has been coaching London Welsh in his spare time.

Those involved at Old Deer Park believe the former Scarlet has the ability to reach the top of the coaching ladder.

“Yes, 100 per cent I want to be a professional coach in the future,” said Shingler.

“I think the benefit of me having a couple of clubs and experiencing a few different cultures is you tend to pick up what they do well.

“I’ve enjoyed studying different coaches’ philosophies, their traits, what they do well, what they need to change and what I would do differently.

“I’ve always been like that. I’m an outside-half who thinks deeply about the game.

We’ll leave you with this for tonight 😁🏆 pic.twitter.com/IHffD0LL4r

“London Welsh were successful with promotion last season and I’m really enjoying it so I want to carry on and make a career out of it.”

Shingler has worked under several top-class coaches and has taken bits from every one of them. But he wants to put his own stamp on the game with an attacking blueprint very much his focus.

He said: “The beauty of coaches sometimes is how they make you feel. When I moved up to London Irish Mike Catt was brilliant to me.

“He was very personal and was very much a coach who wanted to drive you to the point where you were desperate to improve and perform for him because he used to put a lot of hours in.

“I only worked with Stephen Jones for a year, and he was certainly a guy I took traits off. He was very good at keeping standards high and giving us licence to move the ball.

“Another one would be Matt Sherratt who I found a really good team coach. His teams have a good attacking shape, and he did wonders for players like Jarrod Evans.

“I learnt a lot off him in terms of how to run a team and how to implement a game plan. Then, on the flip side, I worked with Shaun Edwards twice.

“Ben Ward at Ealing is an outstanding coach with high standards. I’ve never trained as hard as I have at Ealing and hopefully you can see that in our game, and it’s proven to reap a few rewards.

“The reason I started coaching was to spend some more time with my friends. A lot of them were playing for Hendy RFC at the time.

“It would have been easy to go home after training, put my feet up and relax but I felt like coaching. It was still rugby but different pressures and a lot more fun.

“I don’t need to switch off. Rugby is in my blood. I would never really be the coach who would say keep it tight and stick it up the guts because if I was a player, I’d be asking why you aren’t passing it out wide.

“It’s about improving skill levels to give them the licence to express themselves.

“Cai Griffiths and Will Taylor at London Welsh drive high standards. We all get into each other if their area is lacking in quality.

“If I’m doing the attack and Cai is doing the defence then there’ll be a lot of constructive criticism and that’s the only way you can improve. The boys have reacted to it and we’ve been really successful.”