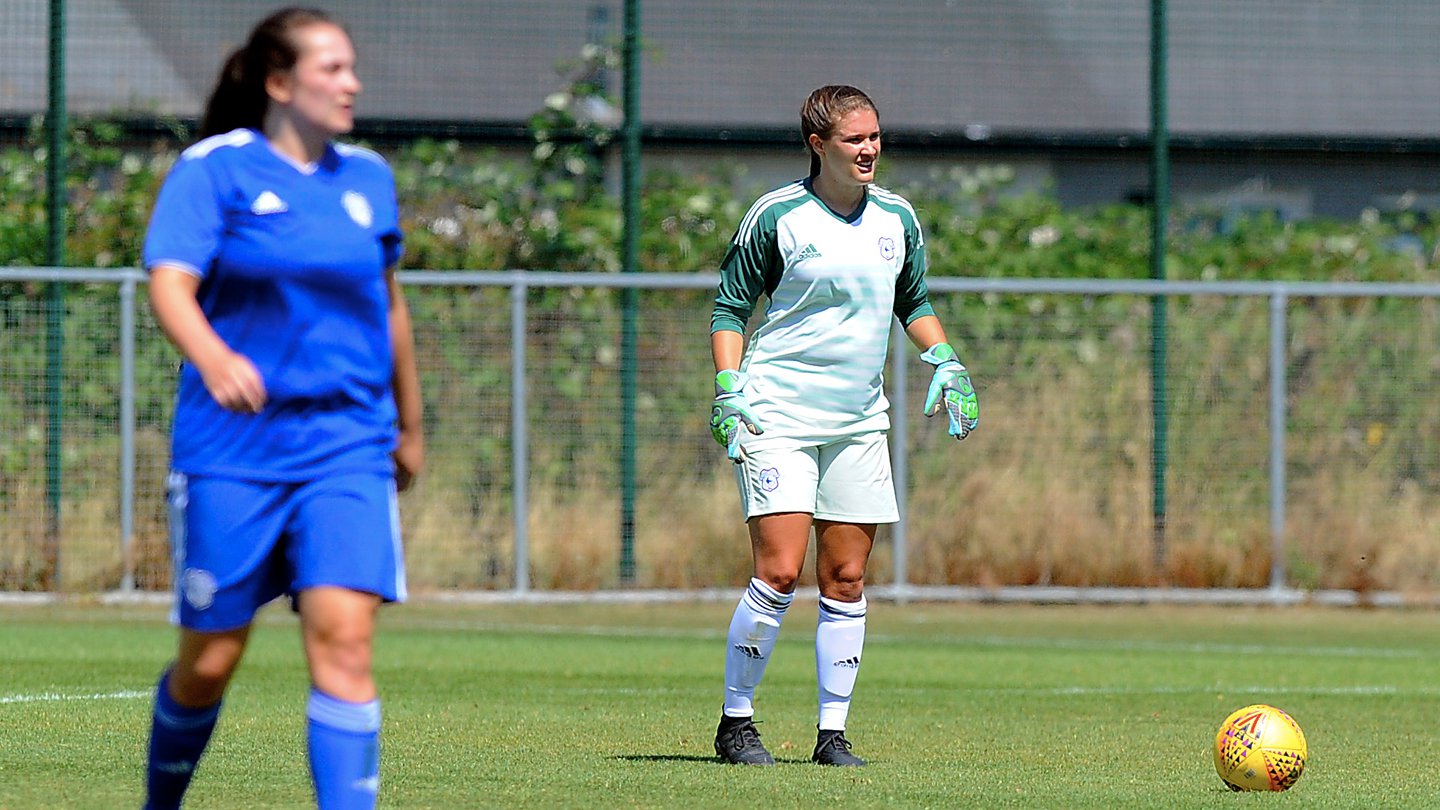 Entry is free and is a second successive Bluebirds v Port Talbot fixture after the teams drew 1-1 in the Welsh Premier League.

City were due to play Caernarfon Town last weekend, but the North Walians have withdrawn from the league and that fixture was called off.

Cardiff, who have earned four wins and a draw in their six competitive matches. set off to a flying start in the FAW Women’s Cup, beating Tredegar Town Girls 11-1 at Ebbw Vale Sports Centre.

Goalkeeper Claire Skinner is back from international duty with Wales, having been a member of the squad in Portugal for two friendlies and manager Joel Hutton revealed the 21-year-old could play against Port Talbot Town on Sunday.

Hutton reflected on the season so far, saying: “Our performances have been strong and our best probably came against Cardiff Met. We were unlucky to lose that game.

“This is the strongest Port Talbot team we’ve seen for a while and their results have backed that up.

“Our league match against them was probably the strangest game I’ve ever been involved in. I don’t know what was more criminal – giving away four penalties or missing three.

“Luckily, we were able to hang on for a point.”

Above: Abergavenny manager Richie Jeremiah speaking after a 4-0 win against Port Talbot Town.

They missed one before Cardiff had taken the lead and converted only one spot kick.

Defender Terri Beddows fired wide from their first penalty, while Natalie Ashford made no mistake from their second on 47 minutes, shooting down the middle to score.

Ashford also took Talbot’s third spot-kick, firing against the bar, and they were awarded a fourth on 90 minutes. Captain Jessica Hammett took responsibility, but skied her shot over the bar.

Cardiff had taken the lead through Alana Murphy just after the half-hour when Skinner’s goal kick found Catherine Walsh and she poked the ball through for Murphy, who finished beautifully off her left foot and scored her sixth goal of the season.

The pace of 23-year-old Danielle Green on the left wing was a potent weapon for Cardiff, while Murphy’s confidence on the ball was visible and she fired in long range shot which flew just over the crossbar.

After Ashford scored Talbot’s goal from a penalty, City almost regained the lead when Green dashed down the left flank, played a one-two with Murphy and went through on goal, but her effort was saved.

After 66 minutes Skinner demonstrated her quality by pulling out a superb stop to deny Hammett’s shot from close range.

“We had five girls go over to the House of Sport, which is run by the Foundation, to see the young girls,” said Hutton. “That’s where our team started and it’s important that we go back to lend our support.”

Caernarfon Town have withdrawn from the league and their results will be expunged.