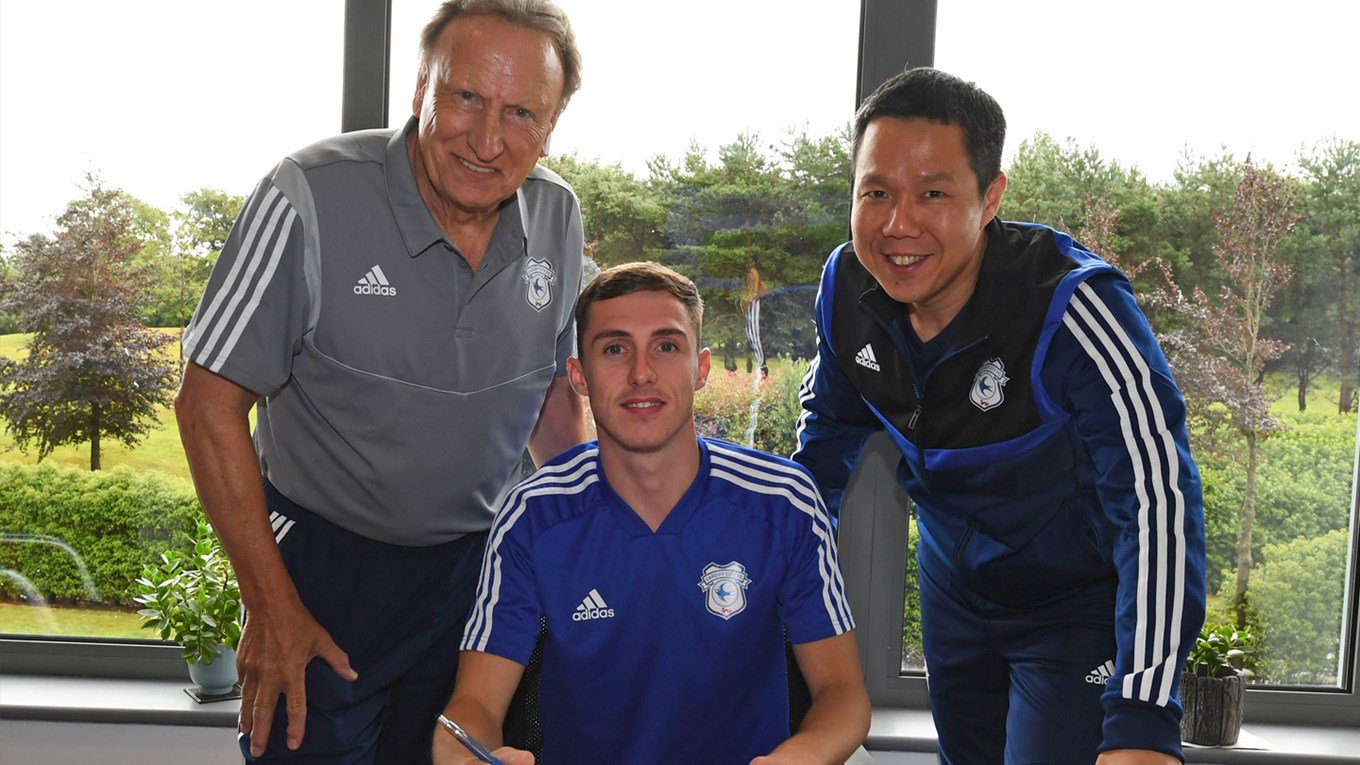 The Bluebirds have been in talks with Whyte and his representatives for some time and confirmed the £2m transfer today.

“I watched a lot of Gavin while we were scouting Curtis Nelson,” said manager Warnock

“He excited me so much. He’s full of enthusiasm and is just the type of player that we were looking for.

“He’ll be a fans’ favourite for years to come.”

Both Nelson and Northern Ireland international Whyte have made the switch from Oxford to South Wales for the new season.

The 23-year-old Whyte has agreed a four-year contract which will run until the summer of 2023.

Whyte scored with his first touch for Northern Ireland on his international debut against Israel in September 2018, while he scored seven goals in 36 league appearances for Oxford.

He told Cardiff City TV: ”I’m delighted. When I first heard about the move, I couldn’t wait to come here.

“I give 100%, I’m a hard worker and positive. I like to go forward and take players on…

“Now I can’t wait to get the Bluebirds kit on, play as many games as I can and help this great club to be where they need to be.”

Whyte had been at Oxford for one season after joining from Belfast club Crusaders in July 2018.

He is Warnock’s fifth signing of the summer following goalkeeper Joe Day, Aden Flint, Curtis Nelson and Will Vaulks.

City are also closing in on German striker Robert Glatzel, who is in in Cardiff for a medical ahead of a potential £5.5m move from Bundesliga Two club Heidenheim.