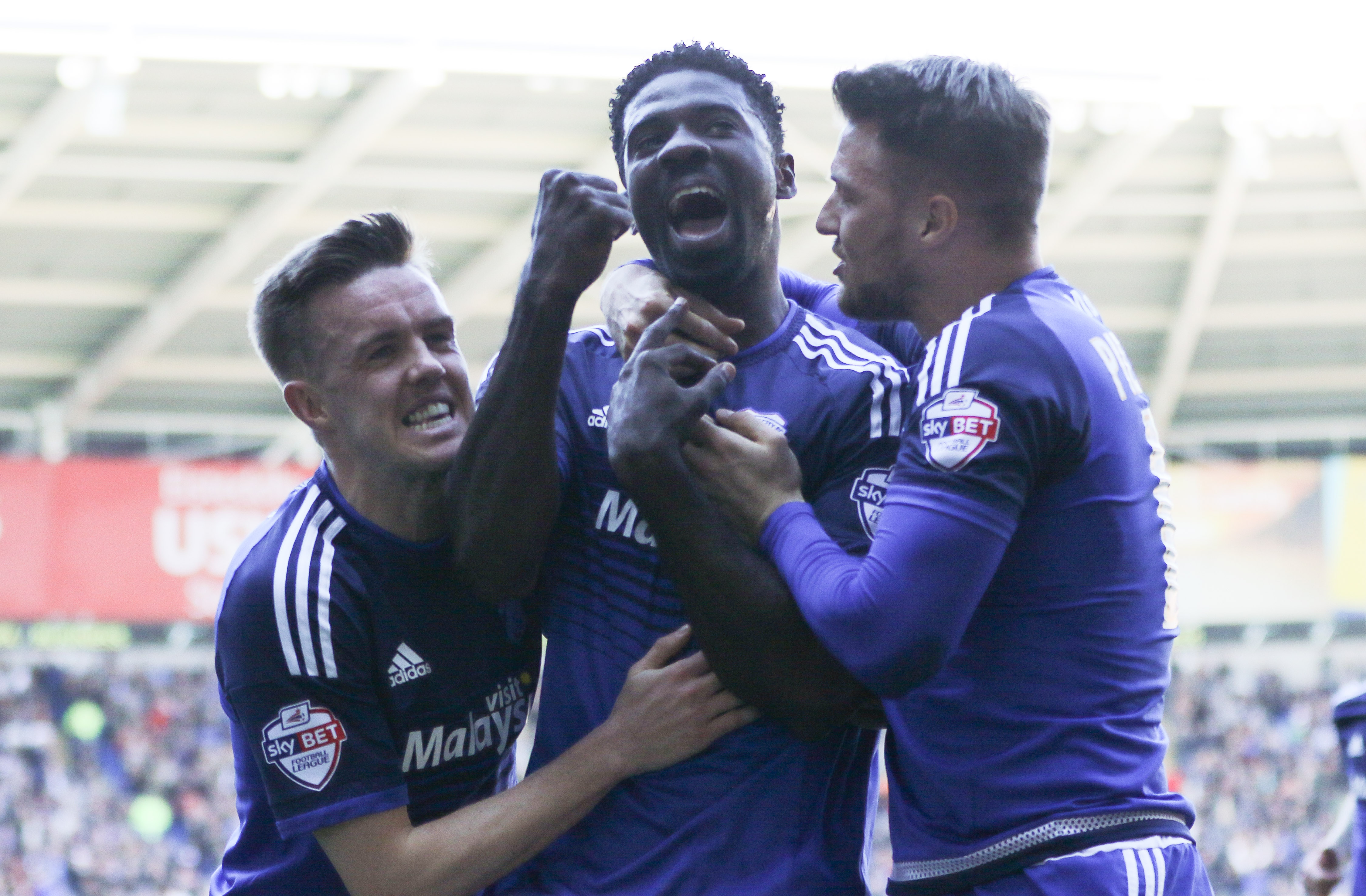 When Cardiff City chairman Mehmet Dalman clinched the signing of Bruno Manga five years ago he told me the Gabon international was the ‘final piece of the Bluebirds’ jigsaw’.

Nobody can fault Dalman’s logic because City swept back into Premier League football, but now it is time to build again.

London-based Dalman has abandoned any plans to be involved at Charlton and is sticking with Cardiff, Vincent Tan and Neil Warnock. That is great news for the club.

It is disappointing in some ways that Kenneth Zohore and Manga are leaving, but both are in the final year of their contracts and could leave for nothing next summer.

City have taken the business route to bring in £11m in transfer fees to give Warnock a chance to strengthen his squad.

At the back, City still have Sean Morrison, Matthew Connolly, Lee Peltier and Sol Bamba, who is making good progress towards full fitness after injury, plus more to challenge and Warnock will surely add one more.

Danish striker Zohore has everything needed to be a top class striker, but he doesn’t show the physical hunger, urgency and sheer bloody-mindedness needed consistently enough.

I have wanted to see big Ken to dominate and even bully defenders, but he doesn’t do that often enough. He has the physique and pace, but doesn’t hit the heights often enough for me.

Zohore is on his way to West Brom for £8m, while Manga, too, has left City’s North America training camp for talks with a French club.

Cardiff have accepted a £3m bid for Manga and have already lined up Middlesbrough’s Aden Flint set to replace him.

Manga is composed and assured, but always seems to have a mistake in him. That happens too often.

Cardiff will now seek to finalise a deal for Flint with a medical due after they agreed a fee of £4m rising to £6m.

Manga, aged 31, made 160 appearances for the Bluebirds following a £5m move from Lorient in 2014, but often found himself playing at full-back with Morrison and Bamba pairing up at the heart of defence.

The 30-year-old Flint moved to the Riverside for around £7m last June, making 39 Championship appearances, but Cardiff manager Neil Warnock has moved fast.

The Bluebirds began their North America tour with a 1-0 victory over San Antonio FC through Josh Murphy’s penalty after 57 minutes.

Cardiff’s under-23 squad are on tour in Cornwall and Devon. They have beaten AFC Tavistock 7-0 and Bodmin Town 3-2, while they visit Plymouth Parkway for their final match on Friday.