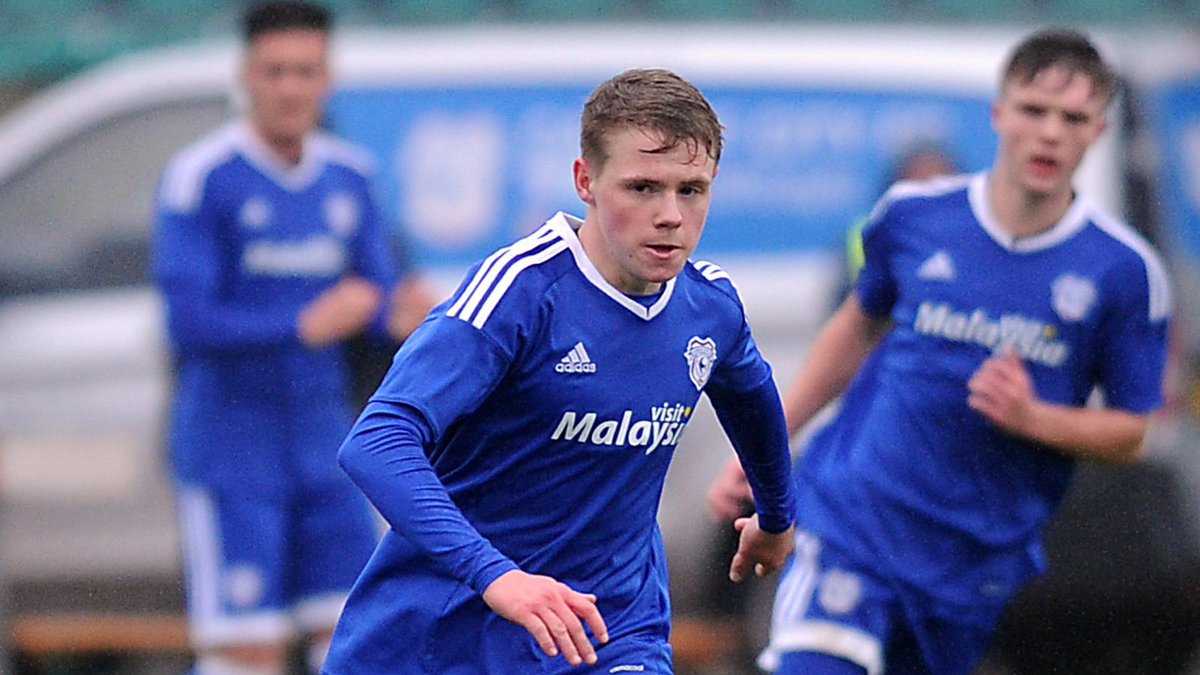 Bluebirds' midfield player James Waite is on loan with Weston-super-Mare, who are at home against Merthyr Town on Saturday.. Pic: Cardiff City.

Teenager Waite, a skilled and clever playmaker, has joined the Bulls ahead of Saturday’s home match against Curzon Ashton.

While Waite settles in with Hereford, Cardiff City’s under-23 team had their scheduled fixture at Watford called off.

The Welshman would have been in the Bluebirds squad for that Professional Development League clash with Watford had he not made the loan move to Hereford until the end of this season.

It was postponed because of bad weather conditions and will be rearranged.

Wales under-19 international Waite, nicknamed ‘Wedgie’, can play anywhere across midfield or in attack.

Cardiff manager Neil Warnock rates Waite highly and will be keenly following his progress in the National League.

Bulls head of football Tim Harris says: “James is a diminutive forward who is extremely lively, has an eye for goal and is comfortable playing out wide or in a more advanced role.

“We have a good relationship with Cardiff. I spoke to first team coach James Rowberry and Academy manager James McCarthy and would like to thank them both for their help.”

Former Wales international Ryan Green, a Cardiff-born ex-Bluebirds, Merthyr and Hereford defender, now aged 38, identified Waite as a potential Bulls’ signing before last Christmas and has watched him play a number of times.

Waite has scored in five of his 11 PDL Two appearances and will be involved against Curzon Ashton on Saturday.