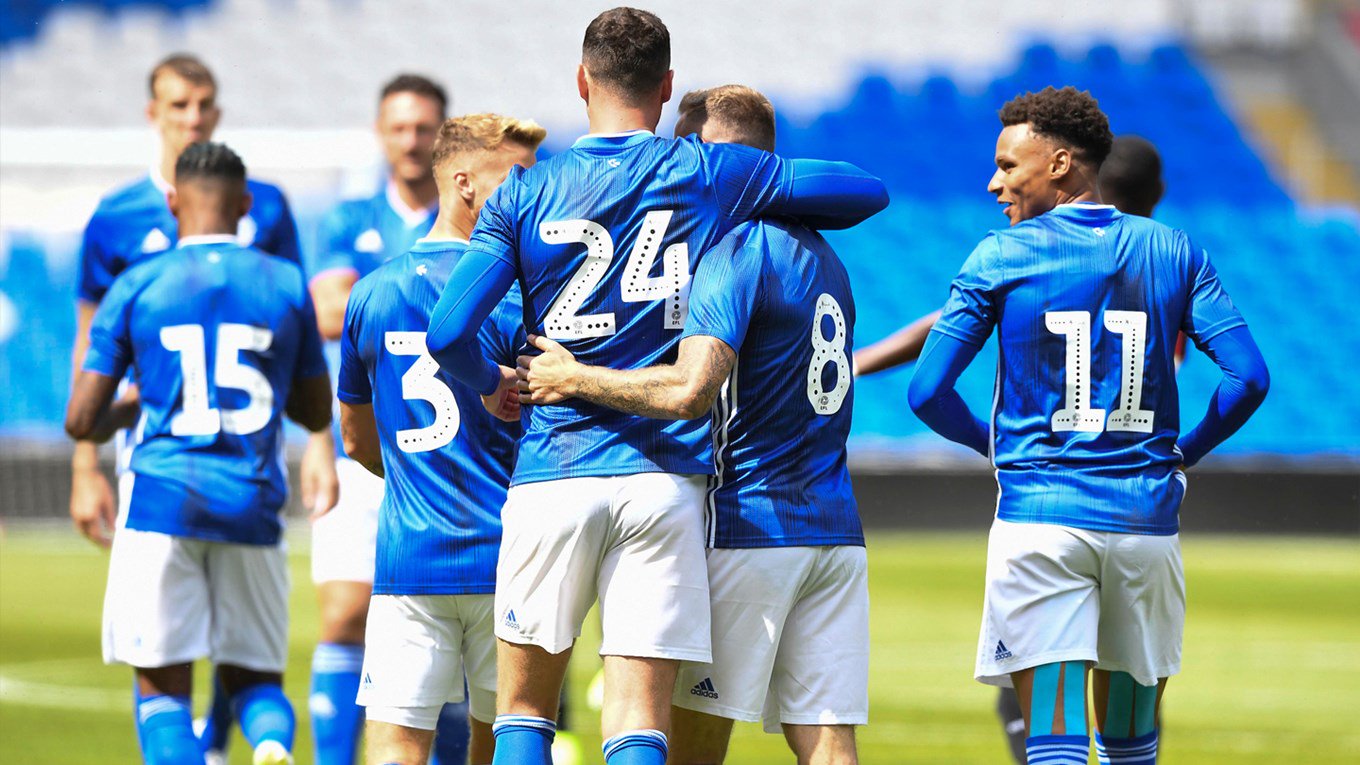 Neil Warnock still wants to sign three new players – and the Bluebirds have 11 days to make his dreams come true.

The transfer deadline for Premier and Championship clubs its Thursday, August 8 (5pm) and Cardiff City’s manager says: “I’m hoping to bring two or even three in this week. I am really looking at the strike force more than anything.

”We haven’t had much luck. It’s no good saying we are near, because we are not. I would say its 50-50. I am not going to sign anybody for the sake of it.

“We have two major targets but neither of them we can say we have a good chance of at the minute.”

City are chasing Northern Ireland international Gavin Whyte, a midfield player who is currently with Oxford United. He was left out of their squad for a pre-season friendly against Solihull Moors this weekend.

Spark-plug midfield player Joe Ralls was full of energy and passion during Cardiff’s 1-0 pre-season win against OGC Nice and score the Bluebirds winning goal after 24 seconds.

Great to be back at the CCS today, last game before the season starts… some more minutes under my belt and another clean sheet #cardiffcityfc #Cardiff #football #goalkeeper #hardwork #preperation pic.twitter.com/TwCuM0MwuR

That proved to be the only goal and Ralls said: “I was incredibly happy to score.

“There were plenty of positives to take from last season and we took that into pre-season. The feeling around the club and with the boys in particular has been really good.

“We’re ready to have another go at it this season.”

City have completed their pre-season fixtures unbeaten and Warnock says: “The match against Nice was a really good workout for us.

“You could see technique wise just how good they were, so we knew we’d be having to work really hard.

“We defended well, while we also broke well and had some really good chances.

“The wide players did well, Will Vaulks was relaxed when he came on and Aden Flint looked like he’d been playing with us for years. He’s a good partner for Mozza (Morrison).

“Curtis Nelson can play with either of them and I can’t praise Lee Peltier highly enough. He’s like a vintage wine.

“In fairness, Joe (Ralls) has knocked a few in during pre-season training. It was a good, well-worked move with a lovely finish. It’s always nice to see midfield players scoring goals.

“From a manager’s point of view, I thought Joe and Leandro were excellent, especially given how good Nice were in midfield.

“It was then nice to bring Lee Tomlin in there, to give him a bit more freedom. Lee’s worked really hard on his fitness, to give himself a chance.

“Lee and Gary Madine worked really hard over the summer, especially (on the under-23 tour) down in Cornwall.”

“I couldn’t be happier with how it’s gone overall. All four games have been what we wanted. They have all been physically hard – it was really hot out there against a really good side.

“Patrick Vieira wanted to show his players different parts of the British game, and I don’t think we disappointed.”