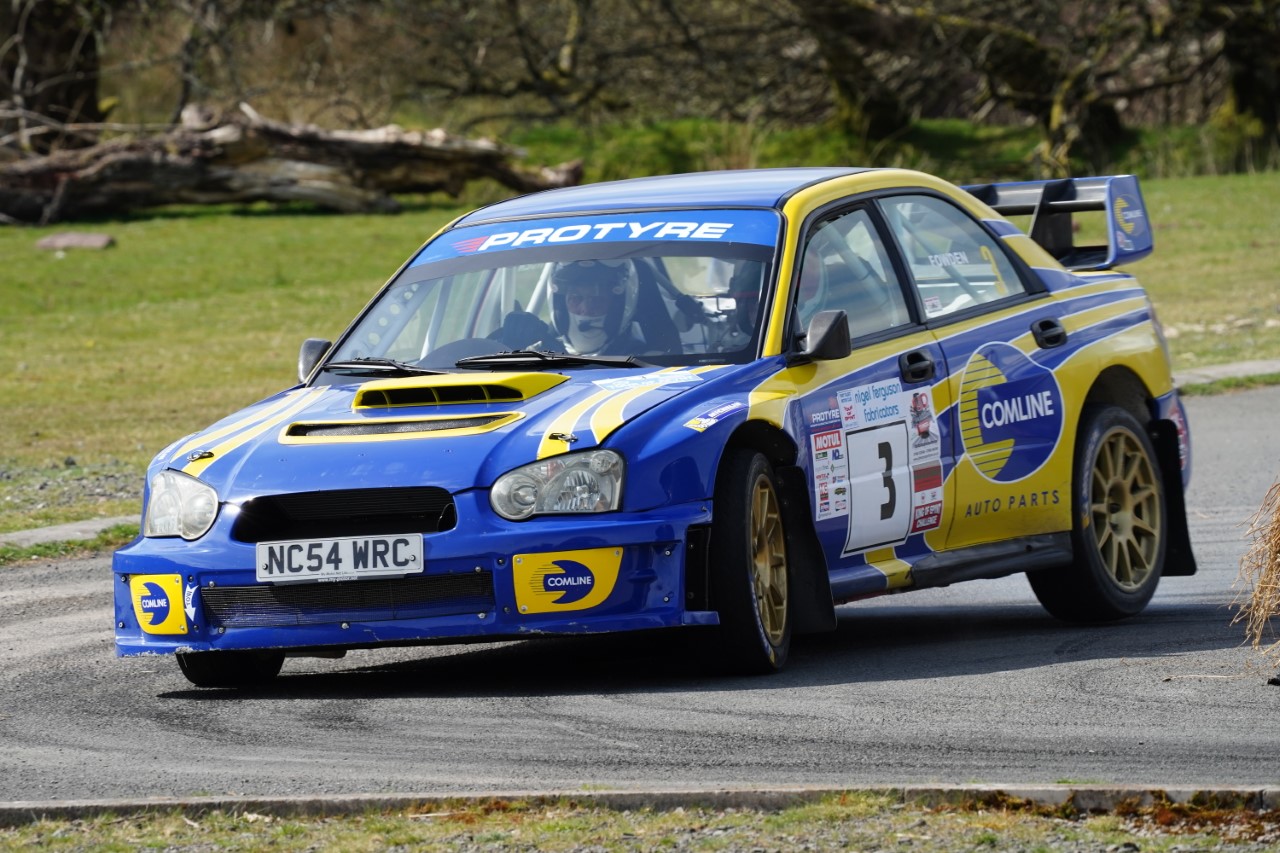 Bob Fowden has taken the lead in the JD Competition Tyres Welsh National Tarmacadam Championship after a successful outing on round two, the SMC Stages Rally, held at the Anglesey Racing Circuit.

Following eight special stages at the coastal track, it was former rallycross champion Andy Scott who celebrated his first ever overall rally victory in his Ford Fiesta S2000 Turbo.

After taking maximum Welsh Championship points on the first round at Caerwent, things didn’t go so well on this occasion for Dave Willett/John Davies, who failed to complete the event after breaking a steering arm on the Ford Escort early in the day.

As a result, the battle for leading Welsh contenders was between Bob Fowden/Jason Sugden in their Comline Auto Parts/NGK backed Subaru Impreza S11 WRC and Wayne Jones/Jonathan Davies in a Darrian T90 GTR.

On the first stage multiple champion Fowden opened a healthy lead over his Welsh rival, before Jones fought back with quicker times on the next three special stages, overhauling the Subaru driver who suffered a puncture on the third stage.

 Bob Fowden – rallying since beer was 40p a pint! https://t.co/eRRGp2hhyg

With the pair setting the same time on the fifth test, Jones went quicker on the following two stages and started the final stage of the day with a 19 second advantage.

Unfortunately, the engine on Jones’ Darrian suffered a misfire, slowing him sufficiently for Fowden to overtake him for position on the event and to move ahead of Jones into the Welsh championship lead.

Another former Welsh champion Richard Merriman, who was navigated as usual by Kath Curzon, finished one place behind Jones, taking the class 4 win in his Roof Hub/Touchline Darrian T90 in the process.

Not having such a good day were Chris Simmons/Andy Moss, who dropped down the order when their Darrian T90GTR suffered a broken driveshaft on the fifth stage, though they remain second in class in the Welsh series.

Meanwhile, reigning champions Neil Jones/Alan Thomas dropped from 20th to 53rd after problems on the last two stages in their Vauxhall Astra.