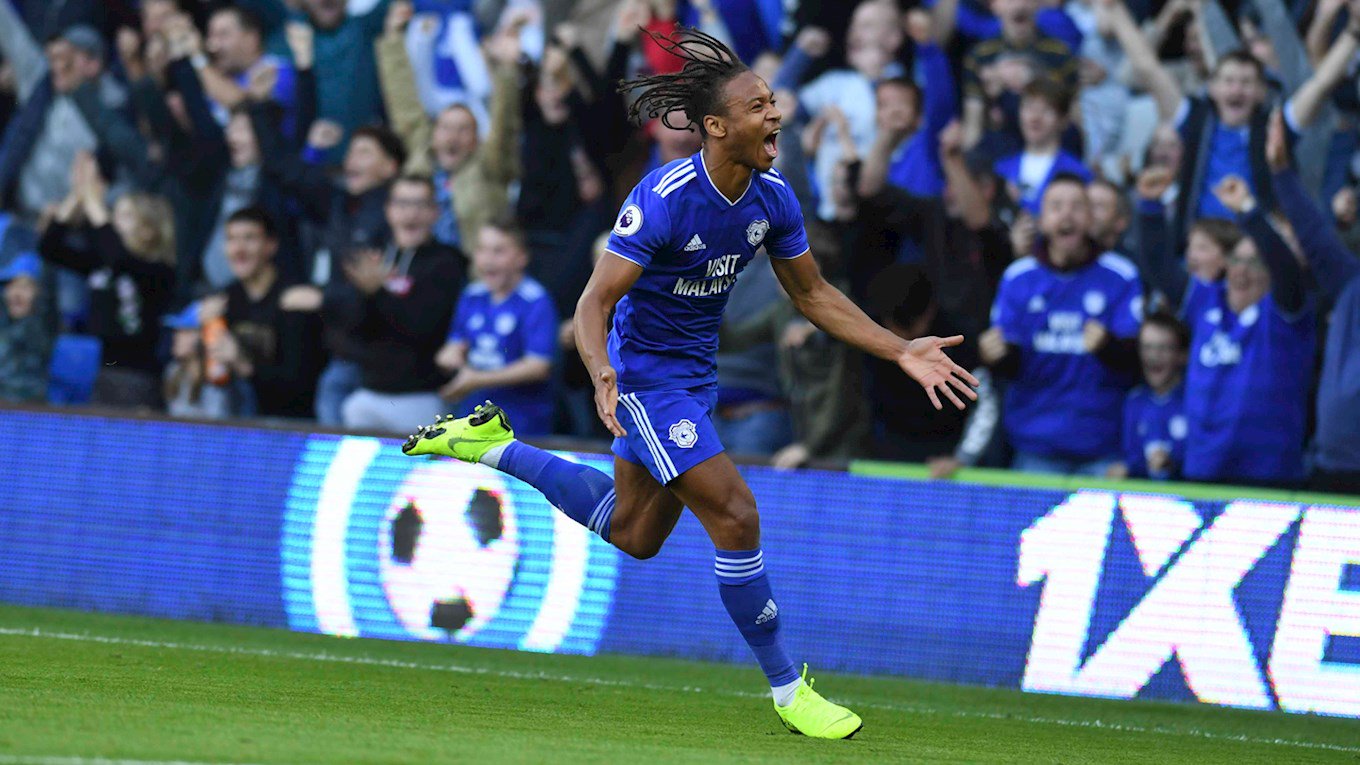 Bluebirds forward Bobby Decordova-Reid will be living the dream when he runs out to face Liverpool at Anfield on Saturday.

Reid, the boy from Easton within inner-city Bristol, grew up as a red – and watches the Merseyside giants at every opportunity.

He idolised England and Liverpool stars Michael Owen and Steven Gerrard as a schoolboy and says: “My older brothers are Liverpool fans and it’s just something that’s gone through the generations.

“Owen was someone I always looked at, like any kid you want to be a striker and score goals.

“He was electric, exciting and scored goals. I looked at him and thought ‘I want to be like that’.

“Obviously, times move on and now I’ve got to be my own player and show what I can do.”

Cardiff City players are on a high after their 4-2 home win against Fulham at home when Reid, Josh Murphy, Callum Paterson and Kadeem Harris and there is a buzz in and around the squad.

Murphy and Reid in particular seem to be running into form and both will love playing at Anfield.

The Bluebirds spent a total of more than £20m to sign the playmakers from Norwich City and Bristol City respectively last summer and it looks money well spent.

Murphy’s pace and running is causing major problems for defenders and he scored with a clinical low strike against Fulham, while he scored a hat-trick for Norwich City in a 4-4 under-21 draw at Anfield three years ago.

Decordova-Reid fired 21 goals for Bristol City last season and is now off the mark for Cardiff.

How he would love to strike again against his beloved Liverpool.

“I can’t wait,” said Decordova-Reid. “It will be so nice for my family to see me out there, but I’ve got a job to do on for Cardiff and I have to be as professional as I can.

“I’ll be enjoying it, but at the same time I’ll be looking to do a job there.”

He will be overjoyed if he can help dent Liverpool’s Premier League title charge on Saturday. A positive result would send City into consecutive home games against Leicester and Brighton with their bid for safety revitalised.

“The Fulham win has taken a little bit of pressure off us going to Liverpool,” he said.

“The pressure will be on them to take the three points, so we can go out and enjoy it.

“If we can maybe get a point there, or produce a good performance, then we can take it in to the games after that and have a good go.

“We’ve got two home games after that and I see us as being in with a good shout of picking up some points there.”

Decordova-Reid, 25, plays at Anfield for the first time this weekend, although he loves going to Liverpool as a fan.

He watched his favourites beat Paris St Germain 3-2 in the Champions League when Roberto Firmino scored a dramatic late winner.

“I love football and love watching games – that PSG one was some game,” he says. “I got a ticket late and it was worth it.

Decordova-Reid,  who made nearly 160 appearances for his home city Robins before moving across the Severn Bridge,

Now he is plotting along with Bluebirds coaching staff and team-mates how they can end Liverpool’s unbeaten record which sees them trail leaders Manchester City on goal difference.

“Anthony came through at Watford, played a bit at Norwich and Swindon, and was a big influence for me,” says Reid.

“I remember going to London every summer during the six week holidays for about four weeks. He was playing at Watford then, so I used to go and watch him train and play and that was a big inspiration.

“Growing up and seeing someone from a similar background playing a professional sport, showed that you could make it.”

Decordova-Reid admits he didn’t realise how much his mother did for him growing up and has altered the name on the back of his shirt this season as a mark of respect.

He tweeted: “For everyone asking about the name change on the back of my shirt, Decordova is my mum’s surname and I wanted to represent her after the hard work she’s done for me.

“My mum used to take me to Abbott’s Leigh for training,” he said. “That was a long way away and we had to catch four buses to get there.

“You used to see other kids driving past in their cars and it would be raining which was tough and I didn’t really notice until later what she did for me.

“I wanted to pay her back by being the best I can be and enjoying it, but if I can also help other young kids then that would be great.”

“I think I was more dedicated than some, I knew what I had to do to make it.

“I maybe didn’t realise that back then but looking back on it, that’s what the difference was and it’s helped me in the long run.

“I want to be that type of person who can show kids that there is a pathway to make it and really better your lives and your family’s lives.”

Decordova-Reid has made more than 200 first team appearances during his career, playing for Bristol City, Cardiff, Oldham, Cheltenham and Plymouth, scoring 33 goals.

Now he’s plying his trade at the top level and preparing for one of, if not the, biggest match of his career so far – against his boyhood idols.