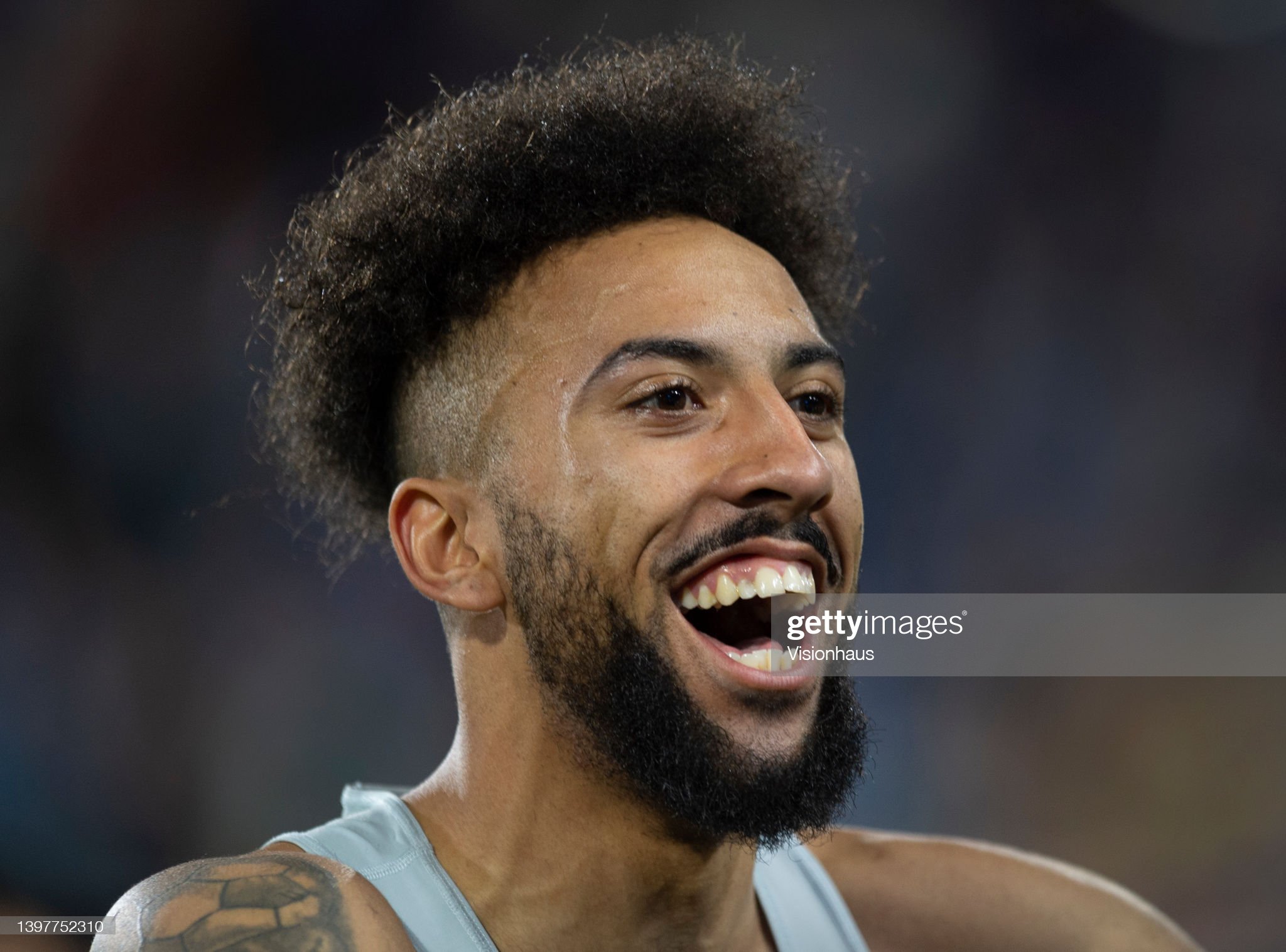 If the Terriers beat Nottingham Forest in the Sky Bet Championship play-off final, Thomas will have risen from non-league football to the top flight in the space of 16 months.

The former Boreham Wood midfielder said: “I always believed. When you look at the success stories of Jamie Vardy, Michel Antonio, Tyrone Mings, who came from non-league, you have to always believe.

“I thought my time would come. Huddersfield took the risk, taking me from there and I’m repaying them by hopefully helping them into the Premier League.”

His meteoric ascent might not end there. Since being fast-tracked into Carlos Corberan’s first-team line-up after arriving at Huddersfield in January 2021, the 23-year-old has won three senior Wales caps.

His fairy-tale climb to the top could end at the World Cup in Qatar, with Wales set to play Ukraine or Scotland in their play-off final in Cardiff on June 5.

When Thomas was released by West Ham aged 16, he was ready to quit the game and threw his football boots in the bin.

He then sold boots as a shop assistant and worked as a scaffolder, but it was not long before he was compelled to pursue his dreams.

“When I first went to Boreham Wood I was working at JD Sports in Oxford Circus, I was there for a year. I did not like that at all,” he said.

“You get all different types of customers and in your head you’re thinking ‘I really need to make it as a footballer, I can’t do this every week’.

“There was a little football floor upstairs and soon as they found out I played they sent me there.

“Because I played football, apparently I had all the knowledge in the world about football boots. It was crazy.

Thomas has scored three goals and made 16 assists in all competitions this season and signed a new deal this month to tie him to Huddersfield until the summer of 2026.

When he was first called up by Wales boss Rob Page for the World Cup qualifier against the Czech Republic in October last year, he said he had to pinch himself.

He will do so again at Wembley on Sunday when he reflects on those shifts at JD Sports and on the building sites.

The Londoner added: “I thought here was cold, but when you do scaffolding, 6am in the morning and it’s freezing, I did not enjoy that all.

“It was another one that made me think I need to make it as a footballer. It was cold mornings, six in the morning to six or seven at night, long days.

“I just felt like ‘I can’t do this the rest of my life, I need to be playing in big stadiums and tournaments’. It is a massive moment in my career on Sunday.”

Huddersfield enjoyed two seasons in the top-flight before they were relegated back to the Championship in 2019 but manager Carlos Corberan has the Terriers punching above their weight once again.

After defeating Luton Town at home to edge a 2-1 aggregate win in the semi-finals, they face a Nottingham Forest side who needed penalties to beat Sheffield United at the City Ground.

Steve Cooper has produced a remarkable turnaround at Forest since taking over in September, when the club were bottom of the Championship after seven games played, and they are now closer than ever to ending their 23-year wait for a top-flight return.

Huddersfield will hope top-scorer Danny Ward will be fit to start after coming off injured in the semi-final against Luton, while Thomas is set to return.

Keinan Davis looks set to start for Nottinham Forest after having to made do with the bench in the semi-finals against Sheffield United due to fitness concerns.