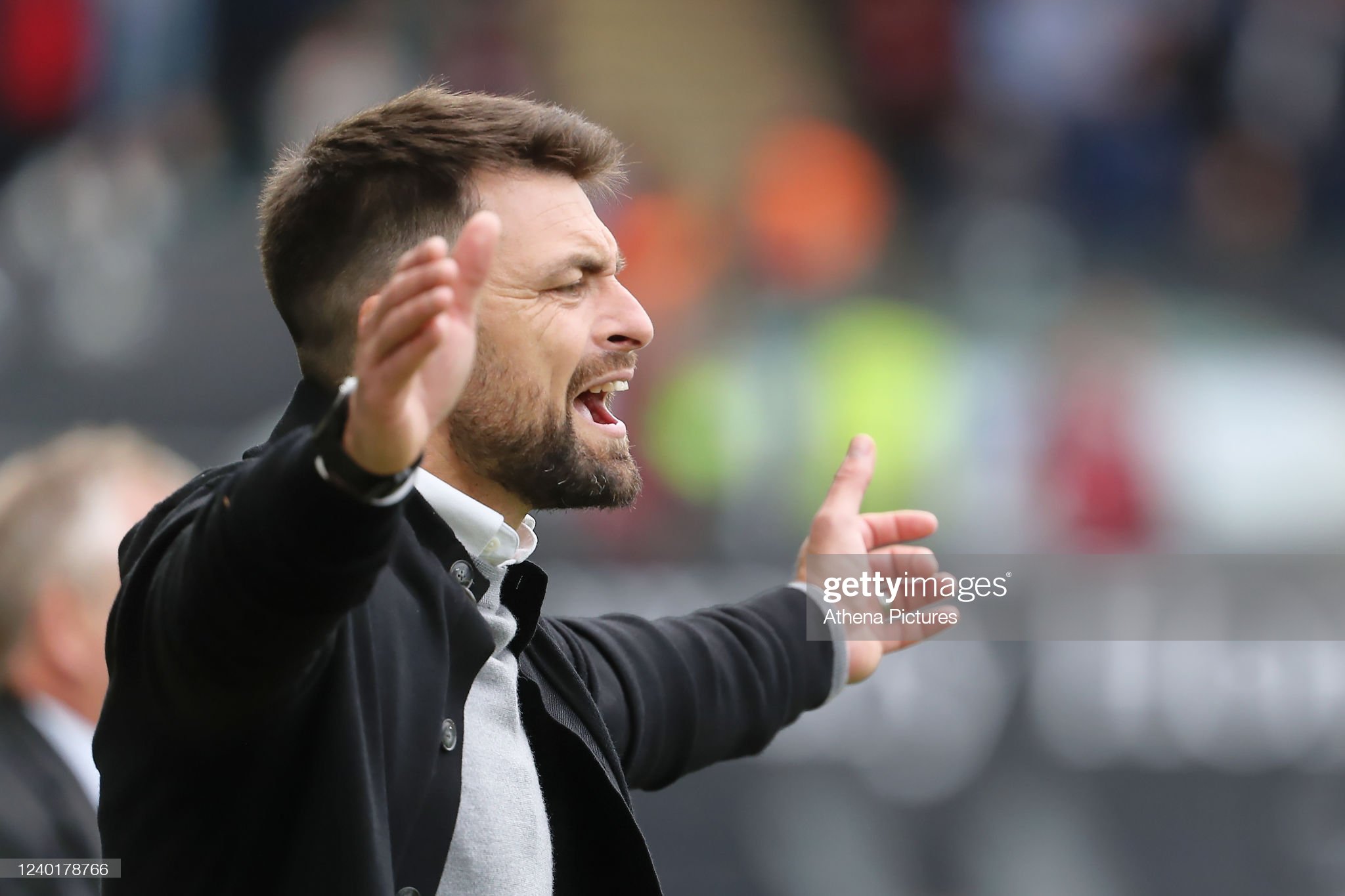 Bournemouth manager Scott Parker has praised the work done by Russell Martin at Swansea City and predicted a tough challenge for his promotion-chasers on Tuesday night.

Despite the fade out of the Swans’ own play-off challenge, Parkers believes his team will face a difficult assignment at a club who are now on an eight-match unbeaten run.

Martin watched his team draw 1-1 at home to Middlesbrough on Saturday – a result that ended any faint hope of the head coach’s first season ending with a top six finish.

But even though the Swans’ own play-off ambitions have been extinguished, it is the style of play honed under Martin, and an unbeaten record that stretches back to March 12, that concerns Parker.

“It will be a tough game for us because they are a good side,” said Parker whose Bournemouth side came from a goal behind to snatch a 1-1 at home to leaders Fulham on Saturday.

“Swansea have a real identity about them and the way they play. They can stress you.

“Russell Martin has done a very good job there, so it’s a game that will bring many difficulties for us going to their place.

“They want to play in a certain way, they want to dominate possession, and it can stress you and cause you problems.”

Parker’s side are second in the table, two points above Huddersfield, but the Cherries also have two games in hand.

A win at Swansea would mean Huddersfield would need to win both of their remaining matches and hope Bournemouth somehow lose their final three games in order to deny Bournemouth automatic promotion to the Premier League, alongside already-promoted Fulham.

The Swans – who are in the process of ditching sporting director Mark Allen after clashes with chief executive Julian Winter – are back in 14th place, nine points adrift of the play-offs.

Had they managed to beat lowly Barnsley at home, instead of drawing, and held on to beat Reading after being 4-1 up, then they would now sit ninth – knowing a victory over Bournemouth (their game in hand) would leave them just two points off the play-off spots.

Even so, Martin’s side are among the form teams in the Championship and on-loan defender Cyrus Christie is anxious the squad extend their current unbeaten run.

“I think everybody has bought into it (Russell Martin’s philosophy), everyone knows what we are doing,” he said.

“The way we play takes a lot of courage and like I said, everybody has bought into it and is adapting. It has taken time.

“Obviously, I wasn’t here at the start of the season and with the boys not having a pre-season under him (Martin) it was going to be tough.

“You can see most of the lads are loving the way we play. We are really comfortable out there when we are doing it.

“There is no panic in the lads and it is a great way of playing. We are causing a lot of teams problems.

“Now we have been putting it into place. Eight games unbeaten is fantastic, no matter what point of the season it is.

“It (the unbeaten run) is a massive confidence booster. You can see the lads are enjoying their football.

“Everyone is coming out regardless of the result, saying they enjoyed the football, and we analyse where we have gone wrong and where we can do better.

“You can see that it is clicking, and I am sure all the fans are buying into it as well and they know that next season can be a very good one for Swansea.”