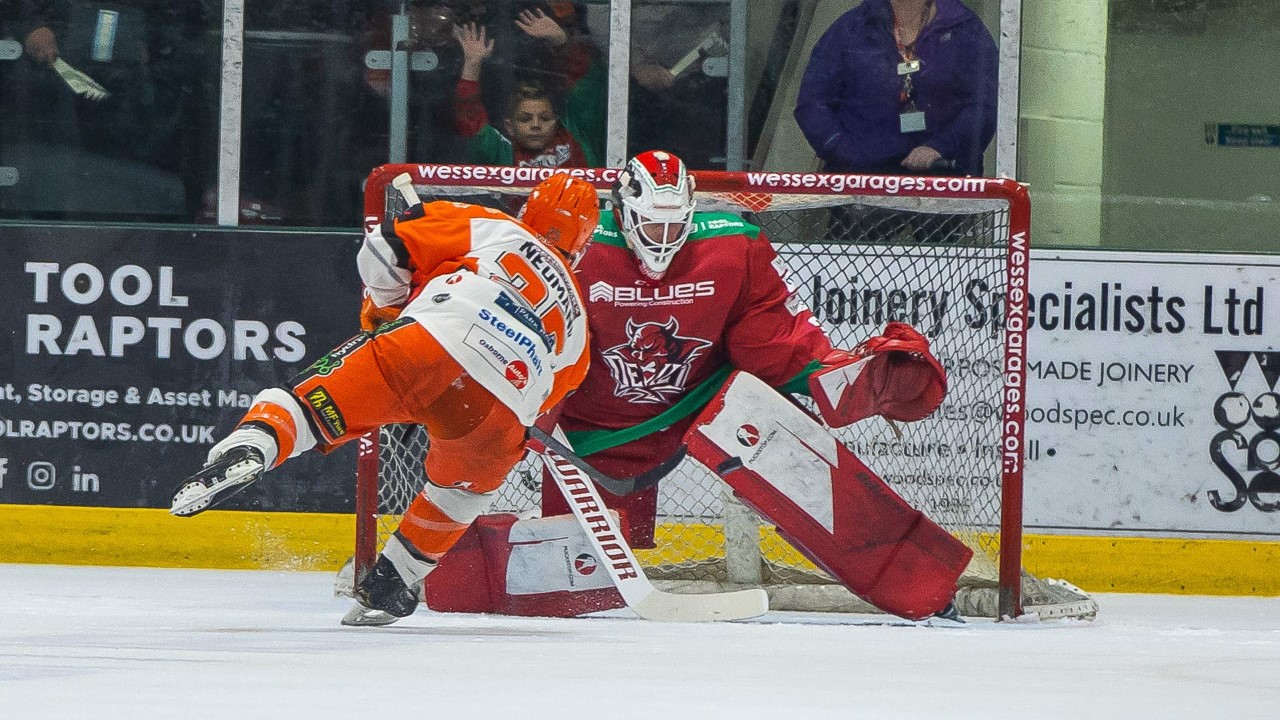 The Cardiff Devils have goaltenders Ben Bowns and Taran Kozun both vying for a start spot heading into tonight’s crucial Challenge Cup game with the visiting Coventry Blaze.

The Devils have finished runners up in the Challenge Cup for the past two seasons, and anything less than a win in their final group stage game against Coventry would leave them in serious risk of an early exit from the competition.

The Devils are 3-4-0 in Group B which also includes the Guildford Flames. And whilst a win over Blaze will not mathematically guarantee a place in the next round, Brodie Dupont’s team would at least have a fighting chance to reach the last eight after a disastrous start to the competition.

After starting their Challenge Cup campaign with four-straight defeats, the Devils have since picked up going 3-0 to raise hopes of progressing.

Brodie Dupont’s team are however coming off a midweek 5-4 overtime league defeat to the Flames as their struggles to maintain consistency continued.

Bowns stopped 22 of the 27 shots against the Flames, which was the third-straight loss for the Team GB netminder. That could lead to a recall for backup Kozun, who is arguably the hotter goalie right now.

The answer to stabilising results could lie in net.

The Canadian has recorded wins on each of his last two starts, including a shutout against Glasgow Clan last weekend.

Bowns returned to the Devils this summer to replace last season’s starting goaltender Mac Carruth, but has faced criticism from some sections of the fanbase suggesting he is yet to consistently produce the high standard of performances that previously saw him backstop the team to multiple titles.

This season, Bowns has started 11 of the team’s 17 games, producing a 6-5 win-loss record across both league and cup competitions and a 90.7 save percentage (Sv%).

Meanwhile, Kozun has posted a 4-2 record from his six starts, whilst maintaining a 92.1 Sv% that also includes two shutouts.

Since joining the Devils at the start of last season, Kozun has primarily been a backup goaltender but his form so far this season, albeit on a small sample size, suggests now could be the right time to allow Kozun increased ice-time.

At time of writing, tonight’s starter is still unconfirmed, but with the team’s heavy schedule continuing with games against Nottingham on Sunday and then Fife on Wednesday, Kozun’s role in the team could well start to evolve as the battle between the Devil’s two goaltenders continues.