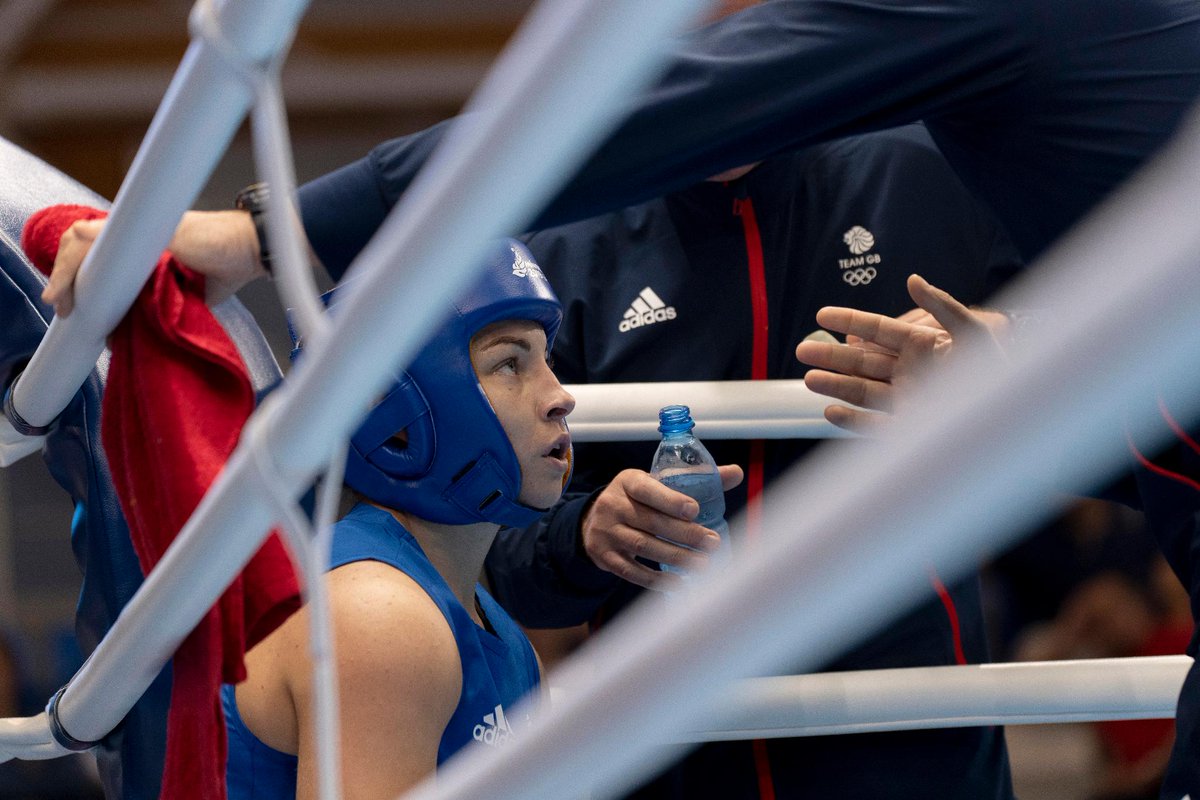 Lauren Price is guaranteed silver medal at least in Minsk.

Lauren Price is ready for her rematch with Olympic silver medallist Nouchka Fontijn when she bids for European Games gold in Minsk on Sunday.

The Gwent boxer booker her place in the middleweight (-75kg) category – guaranteeing a silver medal at least – with a second unanimous win in a row.

Wales’ Commonwealth Games champ Price proved too strong for Darima Sandakova as she beat the Russian 5-0.at the Sports Palace Uruchie.

“I thought I boxed a lot better,” said Price. “She’s a top girl who fought well in a fight I watched just before Christmas, she was quite good on her feet as well.

Booked my place in the final tomorrow after a win over Russia last night 🥊🇷🇺
Big shoutout to all the messages support and everyone watching back at home ❤️@TeamGB @gbboxing pic.twitter.com/KbBvu8NkA9

“I stuck to the plan and as the rounds went on she started to rush towards me and I started to pick my shots better.”

Now Price will face her 31-year-old Dutch rival Fontijn, the defending champ, who she came close to beating in the semi-final at the World Championships in India last November when she took home bronze.

“I boxed her in the world championships in November and lost 3-2 on a split decision, so I suppose it’s going to be a similar fight,” said the 25-year-old.

“I’m going to try and use my speed and my footwork to test her experience because she’s been around for a long time.

“But that doesn’t bother me, I’m going to go in there and give it my all because I’ve got nothing to lose.”