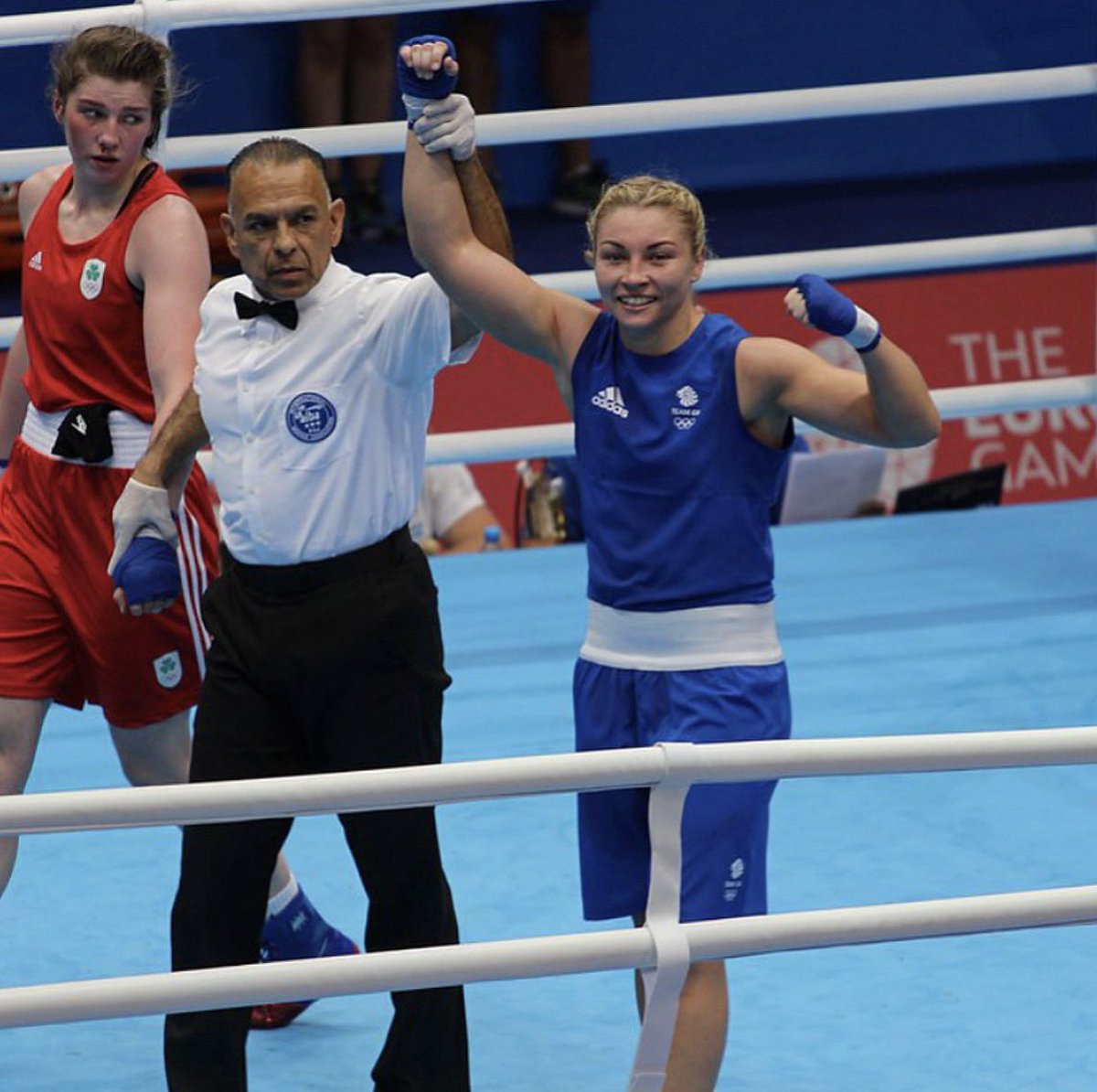 Lauren Price has won a stunning gold medal for Team GB at the European Games in Minsk after beating the defending champ and Olympic silver medallist.

The Gwent fighter took a split decision 4-1 against Nouchka Fontijn of the Netherlands to land the -75kg welterweight title .

Price’s victory avenged last November’s semi-final defeat by Fontijn when she was narrowly edged out 3-2 at the World Championships in India.

Wales’ Commonwealth Games champion has given her hopes of challenging for a medal at next year’s Olympics in Tokyo a major boost with this win.

“I felt really comfortable. I listened to my coach, used my speed and did everything according to my game plan. I knew it would be hard, but I did not panic,” said Price.

“The more you train, the more you are concentrated during the fight. The crowd and corner support also helps a lot. I was more nervous in my first fight, but the first fight is always the worst. Every performance I get better and better.”

The 25-year-old convincingly took the first two rounds against her more experienced rival having vowed going into the fight to use her speed and footwork.

And though the five judges ruled that the 2015 champ had just edged the final round it was not enough to stop Price from claiming the biggest win of her career.