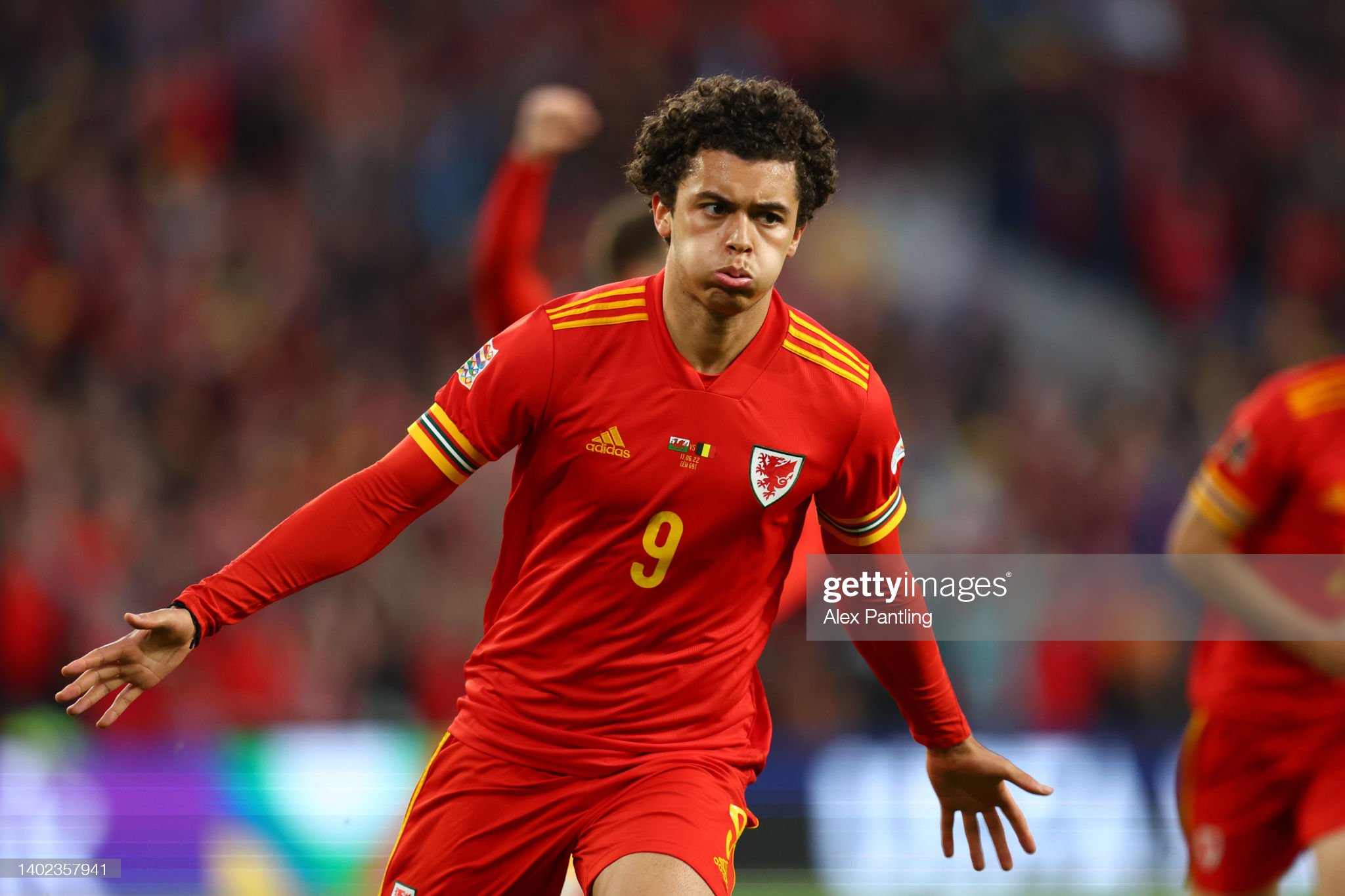 Rob Page praised the blossoming talent of Brennan Johnson after the Wales striker scored his first international goal to earn a 1-1 draw with Belgium.

But the Nottingham Forest star – who will be playing in the Premier League next season – had to endure an agonising VAR check for offside before the celebrations could begin.

Youri Tielemans had put Belgium ahead after 51 minutes but, once again, this was a spirited and resilient performance from Wales against world-class opposition.

Johnson has enjoyed a meteoric rise for Forest this season which culminated in him securing promotion in a Wembley play-off final against Huddersfield and now the 21-year-old is preparing to go to the World Cup in Qatar as a viable replacement for Gareth Bale when the captain starts to tire.

That was the scenario against the Belgians with Johnson coming on with 17 minutes remaining and scoring with three minutes to go.

“He’s a wonderful talent, I’m looking forward to watching him in the Premier League next season and watching him grow with us,” said Page.

“Every time he comes on he impresses and shows his worth, he’s deserved his goal and he’s got a lot more to come.

The @NFFC man with his first goal for @Cymru 🙌 pic.twitter.com/tbQfvrijcI

“We chatted with him yesterday and showed him clips on where he can improve and get better.

“When players play a certain way at club level, that’s not necessarily how we want to play. It is about him being adaptable. There was nothing about making him a better player from a technical point of view.

“It’s about giving him the most opportunities to create chances.”

Wales now travel to the Netherlands for their last of five international games in just over two weeks, and Johnson will be in line to feature once again.

“When Brennan comes on, depending on if we are chasing the game or not, I think he can drop into that 10 role like Gareth [Bale] does,” said Page.

“He’s done that for Nottingham Forest, but his main asset for me is his pace over the top.

“Brennan’s been magnificent! He’s got such a bright future for #NFFC and @Cymru”

“No defender in world football that would want to see Brennan Johnson coming on with 15 minutes to go.”

Wales, still on a high from World Cup qualification, will feel their Nations League performances have deserved far more, but they finally have some reward.

Page’s side lost out to late goals against Poland and Holland, and VAR denied them inside five minutes against Belgium.

Ethan Ampadu crashed home a spectacular half-volley for what would have been his first Wales goal in 35 appearances.

“An unbelievable feeling and one I want to get again hopefully”

But Ampadu’s joy turned to despair as video evidence showed Joe Rodon had just strayed offside in the build-up.

The Red Devils were buoyed by Wednesday’s 6-1 thrashing of Poland, a victory which saw them score for the 46th consecutive match.

They went ahead when Leandro Trossard broke down the right and fed Michy Batshuayi, who rolled the ball into Tielemans’ path.

But Wales pushed to the final whistle and substitute Johnson, making his 12th international appearance, saw his shot deflected wide before raising the roof in a way he did so often at Nottingham Forest last season.

“I am very confused,” he said.

“How is the goal allowed to stand? It looks offside. But we have gone mad in that respect. I think VAR should be there to help the referee. The linesman gives offside and is a very good decision.

“When I look at the images it doesn’t look right, so we need an explanation from the VAR committee and how the system works as those lines were not parallel to the 18-yard box. And it looks like we’ve had two points taken away.

“I expect an explanation from really high up. It is very important for FIFA and UEFA, with it being around a World Cup. The lines don’t work. Is it the pixel of the image? It’s comical.

“But the lines, please. We are in a multimillion business and the lines are comical. I would ask you all to watch the images again and tell me what you think.

“The lines are not parallel to the 18-yard box and where the toe is, it’s confusing with the grass. This is not serious.

“As a federation, we need an explanation on how that decision was given. Why are we using this sort of system?”

Page added: “This shows how far we’ve come as a group.

“We don’t fear anybody. That’s a benchmark, another statement. When we go a goal behind, we don’t give up and we’ll keep going.”