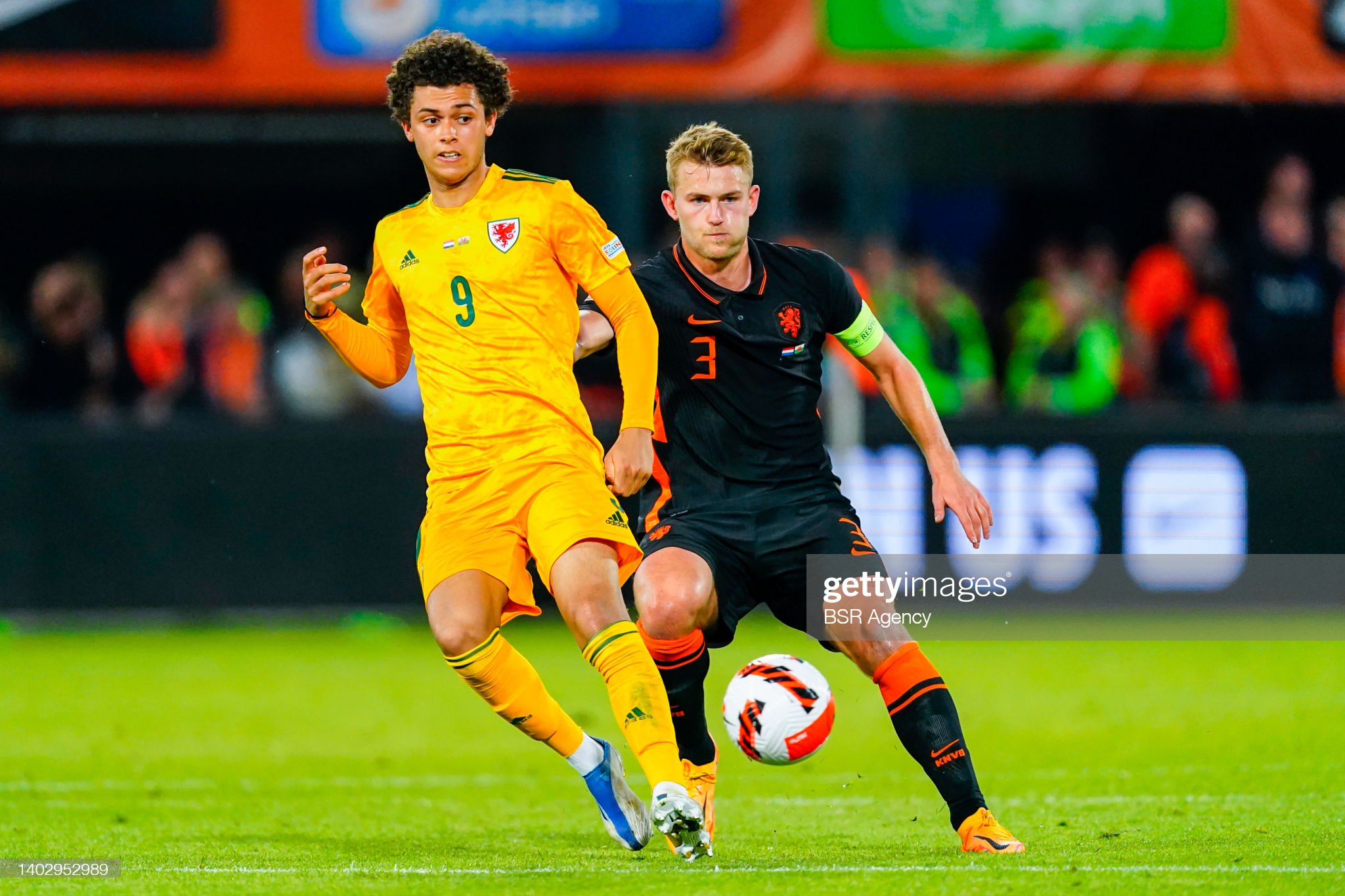 Brennan Johnson says he had to improve his finishing to hit the goal trail for Wales.

Johnson backed up his 19-goal season at Nottingham Forest by showing his scoring prowess in the Nations League.

The 21-year-old scored his first Wales goal in the 1-1 home draw with Belgium on Saturday and was on target again in Tuesday’s 3-2 defeat to Holland.

Johnson collected Harry Wilson’s pass and, despite having Dutch defenders for company, took the shot early to find the bottom corner of the Holland net.

“It has been a good camp,” said Johnson, who will be playing Premier League football following Forest’s promotion from the Sky Bet Championship.

“After a long season I thought I have done well and coming into these games I had the confidence to do it again with Wales.

“I am happy with how it has panned out.

“I work on loads of types of different finishes. I think it is something I needed to improve on.

“I’ve had to adapt from club football to international football.

“There are some things the manager (Robert Page) wants me to do slightly different for Wales. We’ve just watched through that.”

Johnson has taken to international football like a duck to water, scoring his first two goals against Belgium and the Netherlands is no easy feat. The Nottingham Forest winger has enjoyed a statement year and has impressed after stepping up from an excellent loan at Lincoln in League One 12 months ago.

Johnson said: “The last couple of weeks have been unbelievable for me. Especially qualifying for the World Cup, which is an unbelievable achievement.

“We have played against really good opposition, who have have really made us work for it. But I feel we have deserved more than we’ve got so far.

“I have to pinch myself, it still doesn’t feel real after where I started the season. Coming back from League One I definitely didn’t expect all this, I’m enjoying it definitely!”

World Cup qualification was always the priority and that was achieved in the second of the five matches with a 1-0 play-off final victory over Ukraine in Cardiff.

The Nations League has been a bitter-sweet affair for a Wales side making their debut in the top tier, with promising individual and team performances undone by conceding late goals.

Poland’s winner in Wroclaw came five minutes from time, and it was a case of double Dutch for Wales as Holland twice produced the decisive moments in added time.

Johnson said of the Rotterdam defeat: “It was another tough game and really tough to lose at the end.

“But there are loads of positives to take from it.

“I think there were positives, especially for 60 minutes of the game, as we went head to head with them and showed what we can do.

“It was just really disappointing at the end.”

Despite not quite getting over the line in these recent Nations League Games, there are a lot of positives that can be taken. Wales have shown they can compete at the top table and the squad will be able to take these harsh lessons into the Qatar World Cup in November.

Brennan Johnson said: “We are capable of anything. By playing against these teams going into the World Cup is a massive boost for us, it gets us prepared in the best way because we will have to face the best teams over in Qatar.

The feel-good factor of the last few weeks has been immense. Did you ever think we’d look in place whilst playing against some of the world’s best? We are living the dream these days 🏴󠁧󠁢󠁷󠁬󠁳󠁿 pic.twitter.com/7K2I72fPuo

“Whether you are playing in the Premier League, the Championship, or abroad I think playing against the best players brings out the best of you. That’s the level everyone wants to be, especially for me playing in the premier league next season I am going to have to get used to it.”

Wales manager Robert Page has described Johnson as “the future of Welsh football” following his breakthrough season at Forest. But Johnson is just one of several players making their way in international football. With the likes of Ethan Ampadu, Neco Williams and Rubin Colwill, Wales look well stocked for the future.

“Its not just me, there’s a lot of players coming though. There’s loads of us who have been on this journey together, so it makes it a lot easier than just one person having all the pressure. There’s a really good squad coming up and I cant wait to keep playing with them,” Said Johnson.

Asked if Johnson had eased the scoring burden on skipper Gareth Bale, Page said: “Yes, but on everybody as well.

“It is great when you have your best players, and Brennan is certainly showing his worth.

“When you have them on the team sheet, it is certainly not just the centre-forwards who you get a lift from, it is your team-mates around you as well.

“Brennan is growing game by game and has a bright future.”