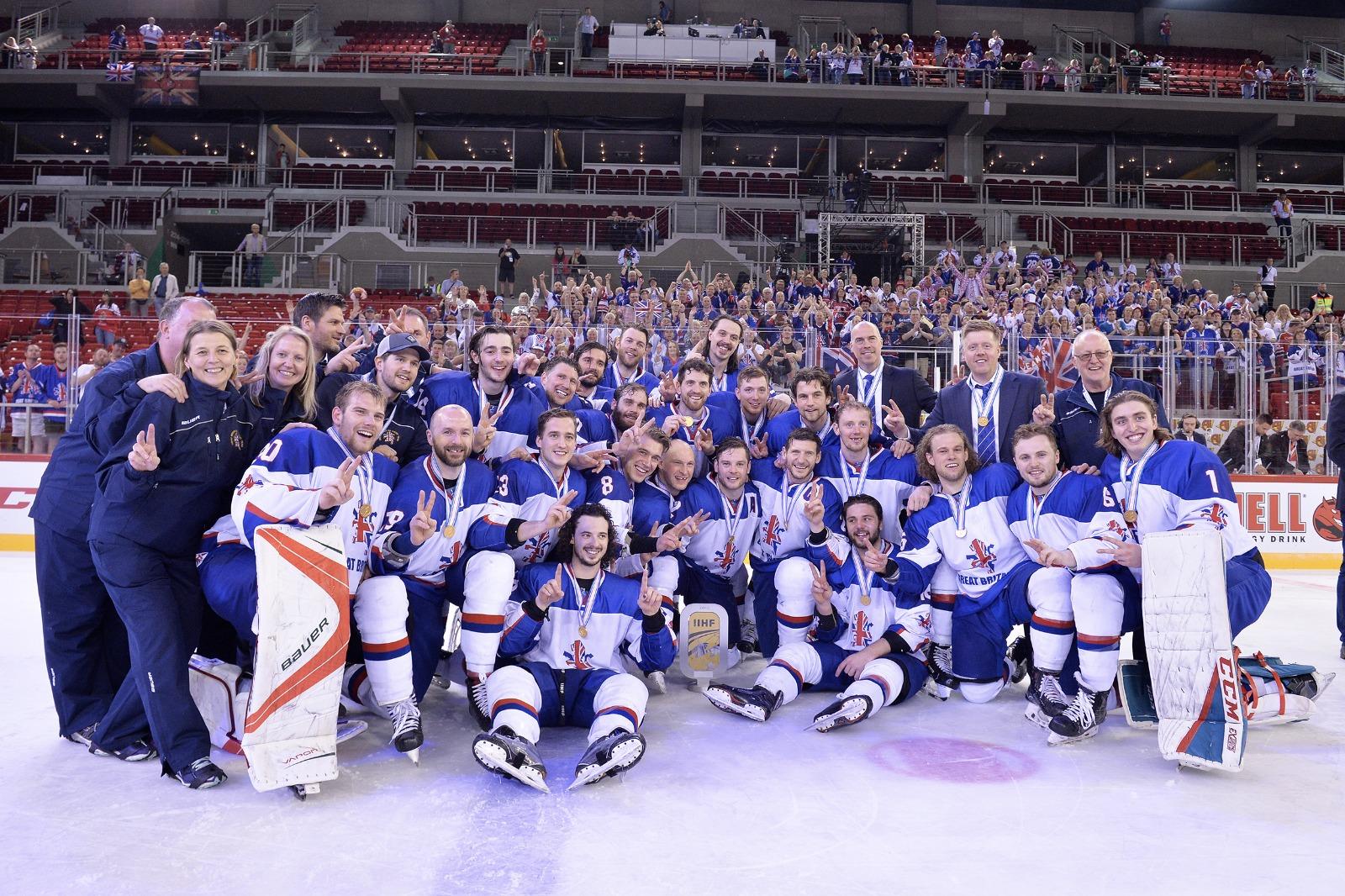 Great Britain will face the might of Canada and America in the World Ice Hockey Championships next year.

Head coach Peter Russell and his GB team are in a group with Finland, Germany, Denmark, France, hosts Slovakia, Canada and the USA.

Goaltenders Ben Bowns and Thomas Murdy plus Matthew Myers and Mark Richardson are the Cardiff Devils players who helped Britain win promotion, while Josh Batch will hope for a recall to the squad.

GB are back at the top level of World Championship hockey for the first time since 1994 and play their seven group matches in the Slovakian city of Kosice.

USA and Canada were beaten semi-finalists at this year’s World Championship, before America beat the Canadians 4-1 to secure the bronze medal.

Current world champions Sweden are joined in Group B by Russia, Czech Republic, Switzerland, Norway, Latvia, Austria and Italy, with their matches taking place in Bratislava.

The 16-team tournament will run from May 10 to May 26 in 2019 with teams playing each other once in the group stages.

The top four teams from each group will advance to the quarter-finals, while the bottom team in each group being relegated to Division One Group A.

GB secured their place in the top flight by winning four of their five games in the second tier and winning the gold medal in Budapest last month.

Head coach, Pete Russell, said: “Seeing the teams we will be playing next year really makes the magnitude of what we achieved in Budapest hit home.

“Playing in pool A is the ultimate and we will do that next season.

“It’s a fantastic group that awaits us in Slovakia, an amazing experience when we will be facing some of the best players on the planet.

“It is something that every one of us will embrace and this group of players has earned that right with the fantastic achievement in earning promotion last month.

“The hard work will start immediately and we have a lot of planning to do over the next 12 months.

“It is going to be an amazing year for British ice hockey and we will be going to Slovakia with the aim of continuing to surprise people again.

“We went to Budapest with two goals. One was to stay in the division and the other was ‘Dare to Dream’. “We now go to Slovakia with the exact same mindset and to enjoy this fantastic opportunity that has been created by our stunning promotion.”