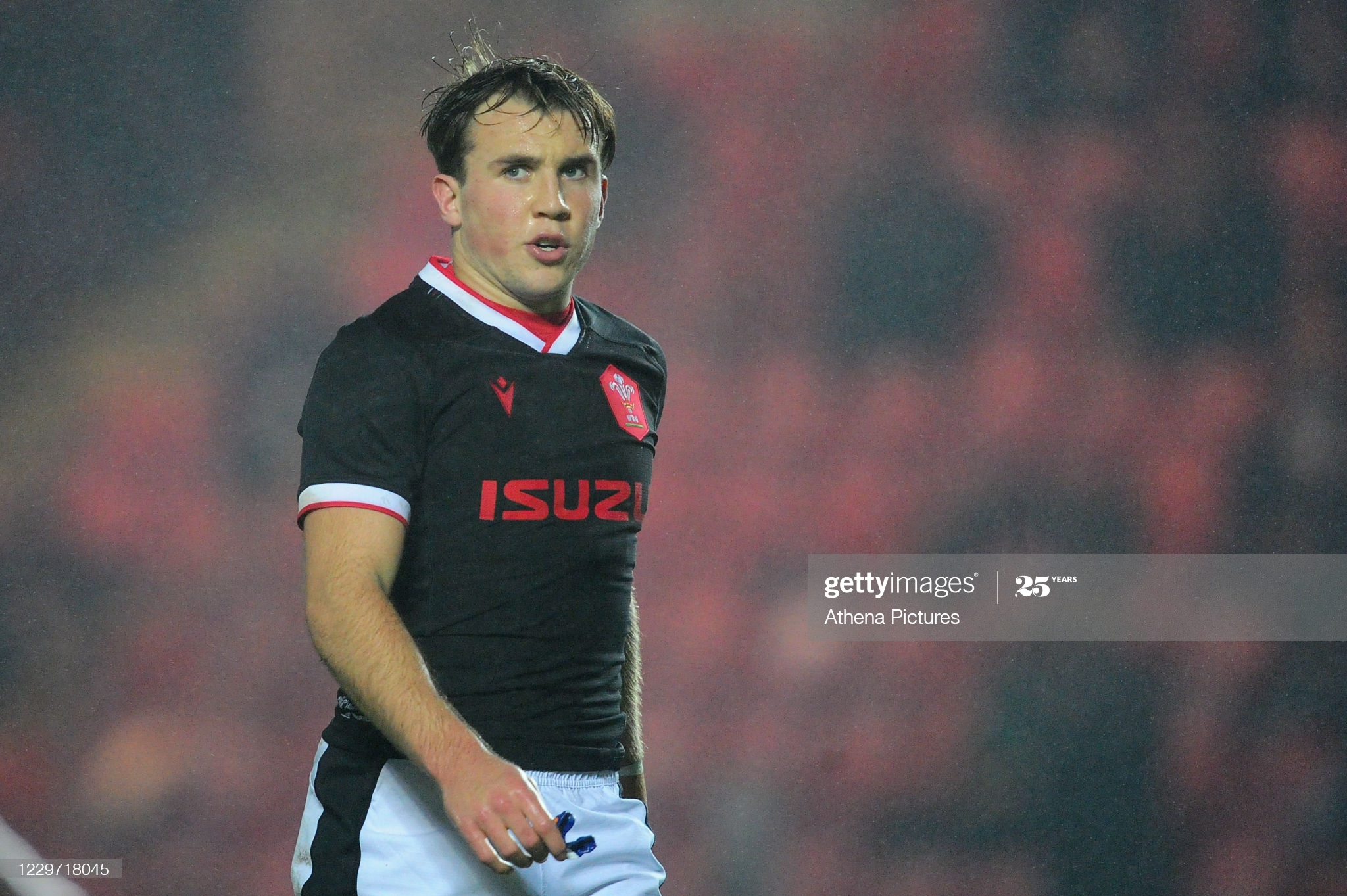 Ioan Lloyd admits he was star struck during his first few weeks in Wales camp but is adamant working with Leigh Halfpenny and Liam Williams has improved his game tenfold.

The teenager is fresh off the back of his first international campaign with Wales and has relished the opportunity.

It was often an exercise in watching and learning – although the 19-year-old did make his international debut in the 18-0 victory over Georgia.

Lloyd came off the bench for his first Test appearance and then earned a second cap as a replacement against Italy.

Now, the Bristol Bears playmaker, who is equally at home at outside-half or full-back, is targeting a place in Wales’ Six Nations squad.

“It was so surreal going into training and working with Leigh Halfpenny,” admitted the Cardiffian.

“It’s been amazing, and it hasn’t sunk in yet if I’m being honest. It’s all a blur and it has all happened so fast I’ve just been like, ‘oh my god what is going on’?

“I’ve learnt a lot from Liam Williams and Leigh Halfpenny in training. They’ve been massive in my development in terms of just seeing how much work they put into the finer details of the game such as positional play.

“The work both put in with regards to their positional play, dealing with high balls and defensively is impressive and I’ve taken a lot from those two during this campaign.”

Lloyd has been a revelation for Bristol since making his Gallagher Premiership debut last September and has not looked out of place at such a high level.

Despite his tender years, the former St. Peter’s player is not one to rest on his laurels and is already working on ways to take his game to the next level.

“At the start of camp I went in and set some goals for the future,” he added. “I’ve had some chats with Wayne Pivac and Stephen Jones and mapped out what I need to work on to kick on into the future.

“I’d love to make the Six Nations squad but it’s important I don’t get ahead of myself and keep working hard for Pat (Lam) at Bristol.

“We’ve got a great squad at Bristol and there’s a lot we want to achieve this season.

“I’ve always enjoyed goal kicking and it was great to have been given the goal kicking duties against Worcester.

“Hopefully, I can get more of an opportunity to take on that responsibility in the future but for now I’m just thankful to be in the team and I need to keep working hard.”

The former Ysgol Glantaf and Clifton College pupil is fortunate to be under the expert tutelage of Bristol director of rugby Pat Lam.

Former All Black Lam has made no secret of his admiration of Lloyd’s talents, even going so far as to predict his protégé will wear the Wales number 10 shirt at the 2023 World Cup.

A lot can happen between now and then, but Lloyd admits he wouldn’t have achieved what he has so quickly without Lam’s guidance.

He said: “Pat Lam has been massive for my career so far. He’s given me some great opportunities at Bristol, and he’s made everything I’ve achieved over the last 18 months possible, really.

“I can’t speak highly enough of Pat and he’s an outstanding coach. It’s surreal how fast everything’s happened for me and I definitely couldn’t have imagined it.

“It’s been a great 18 months and I’ve really enjoyed it but I owe a lot to Pat.”