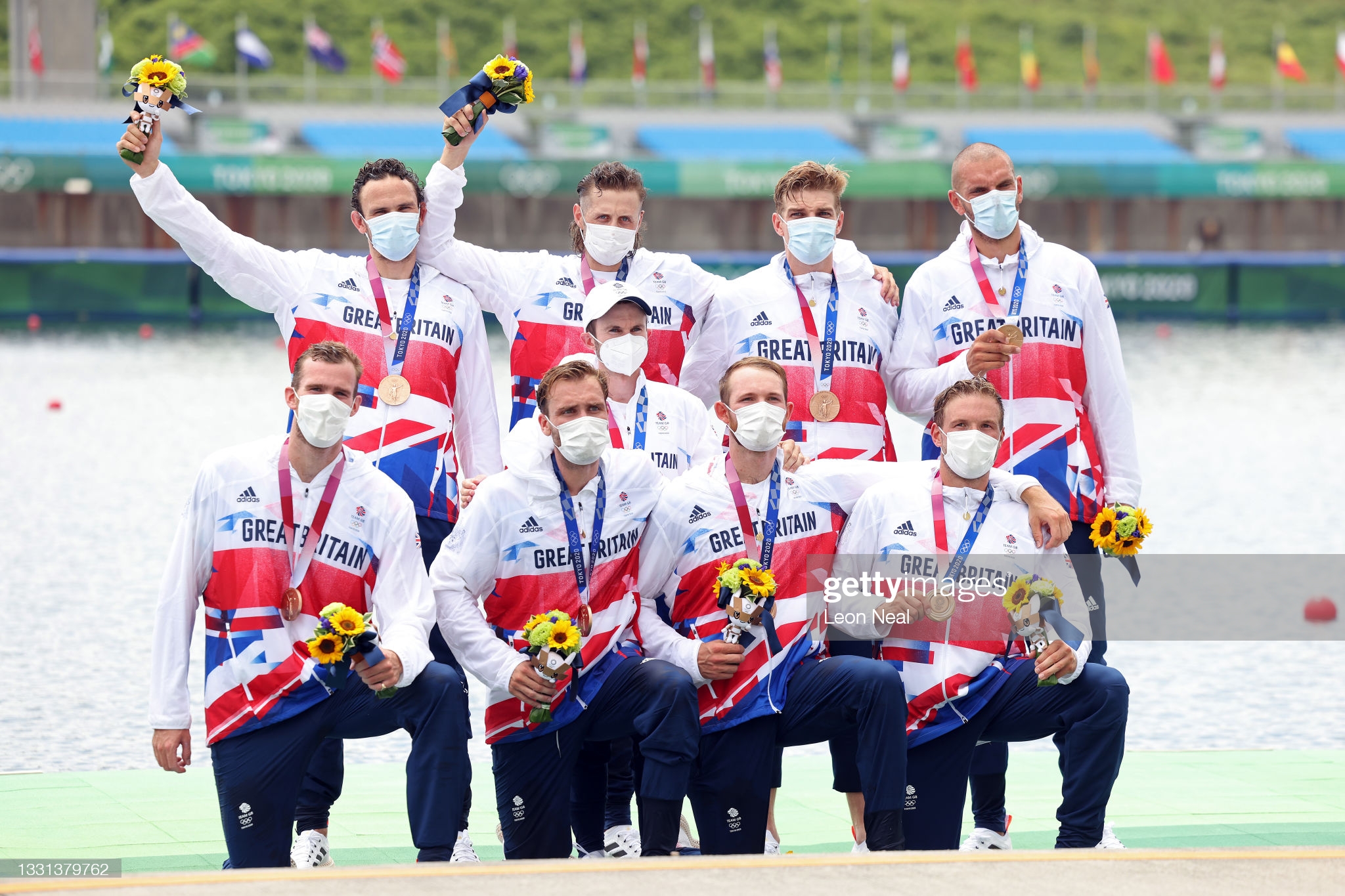 Welsh rowers Oliver Wynne-Griffith and Josh Bugajski took a bronze medal in the men’s eight but there was another GB rowing near miss for Vicky Thornley in Tokyo – before Bugajski launched a furious attack on the sport’s former head coach.

Wynne-Griffith and Bugajski were part of the men’s eight crew that battled to a third place finish behind Germany, who took silver, and new Olympic champions New Zealand.

Thornley agonisingly missed out on a medal in the women’s single sculls after finishing fourth in her final – the sixth fourth-placed finish for Great Britain this week.

Wynne-Griffith – who has a Welsh father – rowed in the sixth seat of the eight crew and admitted: “We had a pretty up-and-down week.

“It’s not the colour we wanted but there have been a lot of fourth places on the team, a lot of near-misses, so it’s good to be on the right side of one.”

After an assured start, they sat alongside reigning world champions Germany and were second at halfway even though New Zealand had already started a powerful push that would take them out front.

A three-boat sprint to the line behind the Kiwis – with whom Hamish Bond won his third Olympic gold – saw the Germans prevail by one tenth of a second over GB, with the USA a second behind.

“From the brief conversation we’ve had we said we’ve done everything we could,” said Wynne-Griffith.

But Bugajski – who took up rowing at Cardiff University and has a Welsh mother – called for honesty and claimed he “popped a bottle of champagne” when head coach Jurgen Grobler left last year.

A Games total of two medals – one silver and bronze – was the first time for 41 years that a gold medal was not among Britain’s collection for a sport that received just over £24million of UK Sport funding in the Olympic cycle.

But Bugajski did not hold back, claiming: “I will admit he is a good coach to some people.

“But there were people that he seemed to take a disliking to, and what he did to them was destroy them, destroy their soul, destroy everything. He had complete power.

“I am going to be brave and say something the crew don’t want me to say. I popped a bottle of champagne when Jurgen retired.

“I had three very dark years under him. I would be a coward not to say on behalf of the guys who are back home and didn’t make it on to the team and that got the darker side of Jurgen.

“It’s the end of an era for British rowing, but it is the start of a much better era. We’ve had six boats come fourth, on the cusp of a medal, and we’ve had two medals.

“Come Paris (in 2024) we’ve got a lot of potential, but we need to be honest about where it went wrong.”

Bugajski also questioned selection over the past few years, adding: “Selection should be the fastest people at rowing, and that should be that.

“British Rowing won’t be happy with me saying that, but we have got to be brutally honest. We don’t improve unless we are honest with ourselves.

There was no hoped-for medal for Wrexham’s Thornley but she bettered the fifth-place finishes recorded by Guin Batten in 1996 and Beryl Crockford in 1980 after a battle to the line with eventual bronze medallist Magdalena Lobnig of Austria.

Thornley sat towards the rear of the pack off the start, made her move in the third quarter of the race and had a fierce battle with Lobnig, the Austrian prevailing by a canvas.

Any of the six British crews to have finished fourth this week can take inspiration from New Zealand’s Emma Twigg, who was fourth in London and in Rio before storming to the Olympic title in Tokyo in a Games-best time of 7:13.97.

“The more I think about it now, I let the race get a little bit out from me in the first half, with the Austrian,” said Thornley. “I knew that was where the race was going to be.

“I was confident that if I was with her I would be able to come through in the second half but I just didn’t have that last 100m. I went pretty early, maybe a bit too early, but I don’t think I could have done any more today.”

Looking back over Great Britain’s performance at the regatta, Thornley said: “Every one of my team-mates should be incredibly proud of what they’ve done. I can’t believe how many fourth places we’ve had and there have been some seriously tight finishes.

“In some events it wasn’t quite good enough but everyone gave it their all and if you leave your heart and soul out on the water that’s all you can do.

“A lot of athletes retired after Rio. There’s a few of us who carried on but we had to build back. We’ve got some amazing talent in the team and they will keep getting better and they will take on the world.”