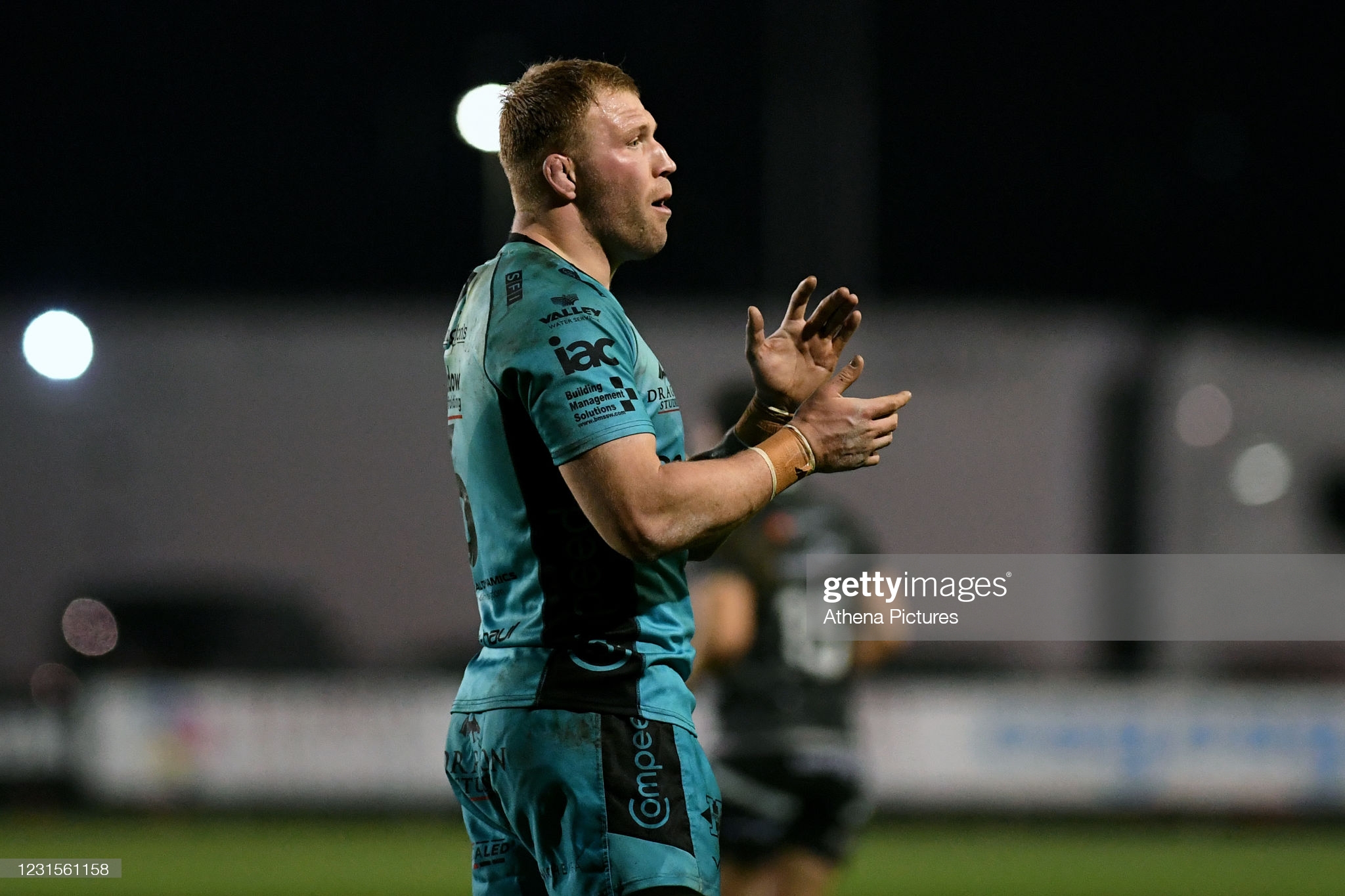 Dean Ryan has admitted he will have mixed feelings if Wales come calling again for his Dragons back row pair of Aaron Wainwright and Ross Moriarty.

The dynamic duo were at the heart of the Dragons’ impressive 31-20 victory over the Ospreys in Bridgend that has dented the losers’ Heineken Champions Cup prospects and given Ryan’s men an outside sniff of qualification.

It was the Dragons’ first win of 2021 and Wainwright – released for some game time by Wales coach Wayne Pivac – weighed in with a try to add to doubles from Jonah Holmes and Ashton Hewitt to give the visitors a bonus point victory.

Moriarty is on the comeback trail from injury and has not played in this season’s Six Nations but Ryan described his forward’s performance as “brutal.”

Wainwright will link back up with Wales on Monday, while Ryan reckons Moriarty would be ready for national duty if required as Wales seek a Grand Slam with matches to come against Italy and France.

“Wayne released ‘Waino’ to get 80 minutes and came here to see him and Ross. ‘Waino’ looked sharp all the way through and Ross looked brutal,” said Ryan.

“I’ve got mixed emotions, I might not see them for a couple of weeks! But I want them to play for Wales and we will see what Wayne wants from them.”

The five tries along with six points from the boot of Sam Davies, clinched a bonus-point victory for the visitors.

A brace of tries from Kieron Williams and 10 points from Stephen Myler was all the Ospreys could muster.

“Full credit to the lads to get the result that the performance warranted, because that doesn’t always happen,” added Ryan.

“I was delighted that our pack put them on the back foot with the drive, our strike plays were much better, we were good in the kicking contest and we looked sharp all-round.”

The Dragons’ victory ended a run of four successive defeats but Ryan insisted that results had not reflected the progress his region have made this season.

You might have clocked a new try celebration last night .. I received a powerful letter from a young man called Ali ⬇️. So I went to see him and when he found out I didn’t already have a celebration he suggested ‘A’ for “Ashton & Ali”. Big up Ali and I hope to see him soon ✌ pic.twitter.com/pb145qx7I9

“I see people putting a lot of work in that doesn’t get rewarded and that can sometimes be hard to keep them motivated,” he added.

“We have a lot of fun being at the Dragons but there’s nothing more fun than winning and hearing a changing room singing.

“It was a good performance, we looked sharper and more physical with some dominance in key areas that we exploited. Those are the things we need to be doing week in, week out.”

“Against Connacht and Zebre, with that level of expectation [of winning], we looked really tight. We haven’t looked like we are expressing ourselves and we become so nervous of an outcome.

“We talked a lot in the week about trying to be a bit freer in what we are doing, less worried about the consequences and more enjoying the processes we are going through. That shone through.”

Today marks one year since the tragic passing of Matthew J Watkins.

Ospreys head coach Toby Booth said: “You need to convert territory and possession on the scoreboard and that was frustrating.

“You know a local derby will be an arm wrestle. The game got away from us and they were allowed to do what they needed to do and we couldn’t control things.

“We could not stop them on the gainline, we became more passive and our penalty count ratcheted up and we were in react mode rather than aggressive mode. They capitalised on that and deserved to win.”