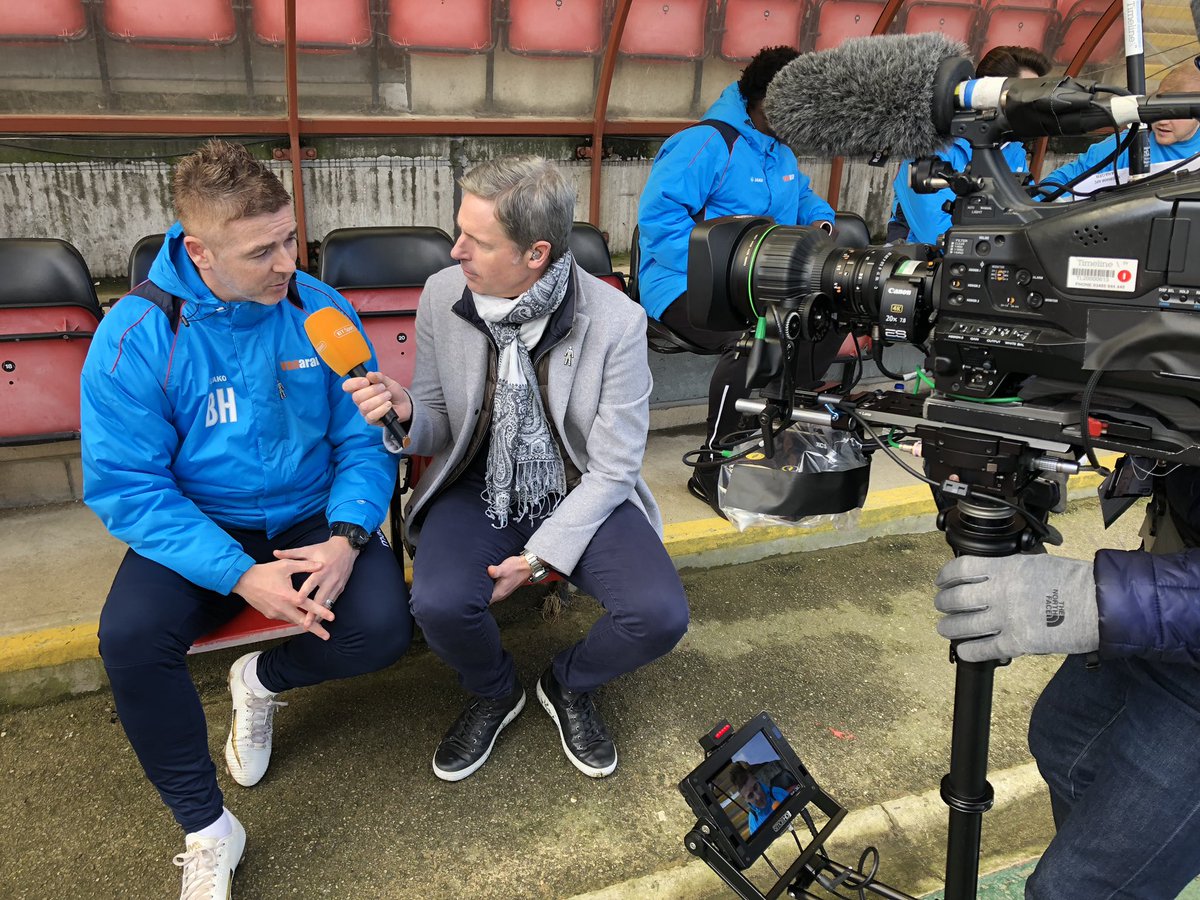 Bryan Hughes reflected on Wrexham’s dismal away form and said: “We have to forget automatic promotion.”

The Dragons have five matches left in their Vanarama National League season, three of them at home, and have slipped five points behind leaders Leyton Orient.

Wrexham entertain struggling Braintree at the Racecourse on Saturday and Hughes says: “People are looking at automatic promotion, looking at second or third – we have to forget that.

“We can only affect the next game and the next port of call for us is trying to secure a place in the play-offs, and then build from there.”

They have suffered three successive away defeats, but are on course to secure a top seven finish.

“The management team are trying,” said Hughes. “These players get the best of everything, we are trying to look after them to get us over the line this year.

“But, for whatever reason, it is not quite working.”

Hughes believes one more win would be good enough to secure a play-off slot and he says: “What I have got to look for now is the people who want it in this group.

“We need people who are positive.”

Stuart Beavon and Shaun Pearson scored for Wrexham in their 4-2 defeat at Ebbsfleet, whose players did not go out for a pre-match warm-up because of a pay dispute.

“The average age of our team is now 21 and that is the way forward for this club,” said manager Danny Searle.

“I’m looking to the future for this club and changing the culture that has been around for some time.”