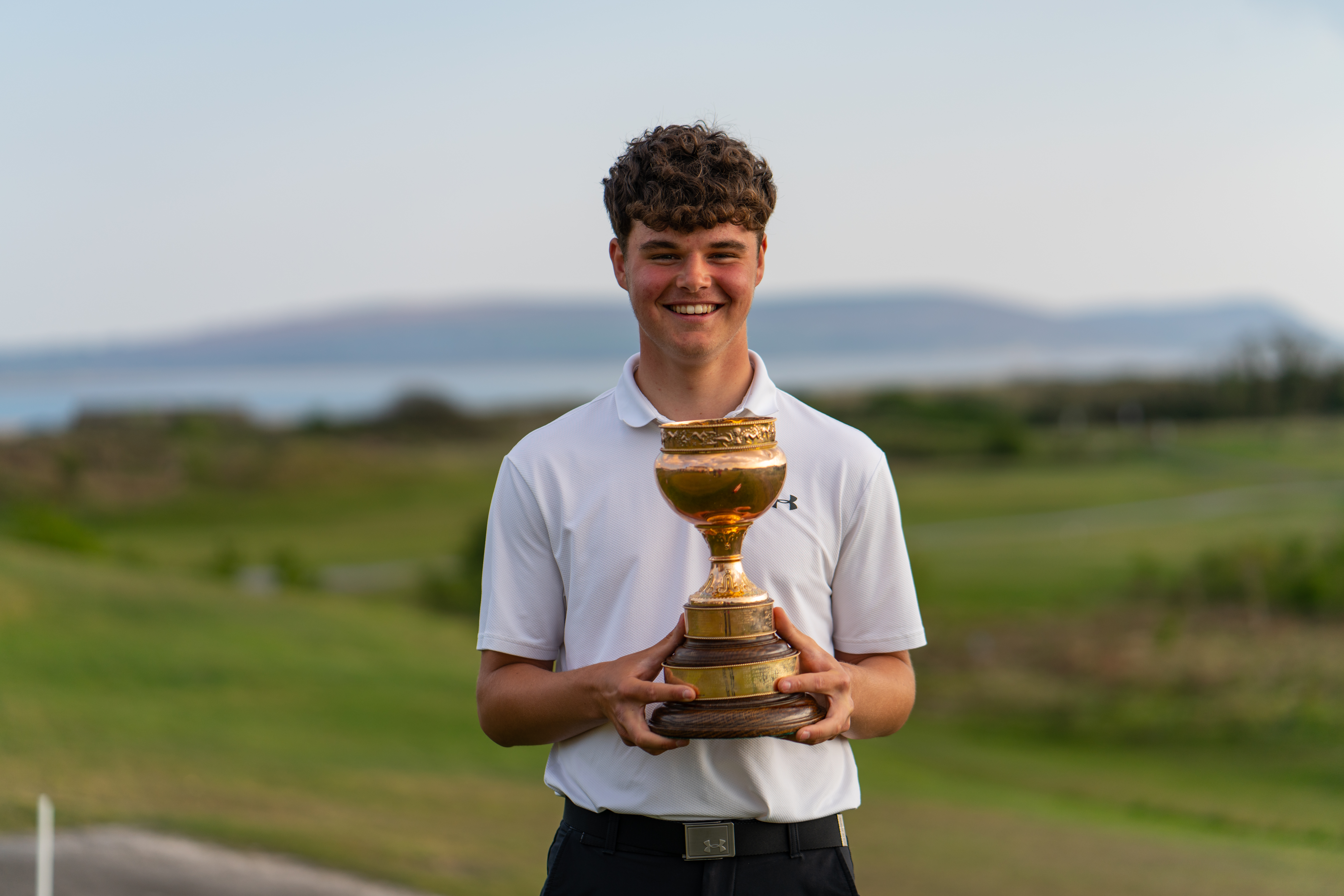 Caolan Burford shows off trophy after becoming first Welsh winner of the event in nine years.

Rhuddlan’s Caolan Burford became the first home winner of the Welsh Men’s Open Stroke Play for nine years, in one of the strongest ever showings for Welsh players at the event.

Burford, aged 17, was also one of the youngest winners of the event in a long time, following in the footsteps of European Tour player such as Jamie Donaldson, Eddie Pepperell and Chris Wood in winning the Welsh Open title. Walker Cup player Rhys Pugh was the last Welsh winner of the event in 2013.

Burford was also rewarded for pre-event planning, using Google Earth to plot his way round the links course. He was the only player to finish under par, with a final round of 69 proving enough to win.

“I felt I executed my game plan very well this week, carrying out the plans I had going into the event, and putted really well,” he said.

“The greens really helped because if you picked a good line and hit the putt then it would go in, which was key for me.

“It is my first major win and also gets me on WAGR (World Amateur Golf Rankings) which is a bonus.

“I knew it was nine years since the last Welsh winner, but I was not thinking of anything other than each shot.

“I had made a clear game plan using Google Earth to study the course and map my yardages, something I had learned to do through the Wales Golf squads.”

Burford has left college and is concentrating full-time on golf with a view to turning professional in a few years, preferring to stay in North Wales and close to coach Gareth James.

“Working with Gareth has transformed my game over the last four years,” explained Burford. “I went to him after a few Wales Golf squad sessions and feel my game has improved massively.”

Wales Golf Championship Manager David Wilson added: “Congratulations to Caolan for producing some brilliant golf when it really mattered. And it was wonderful to see such strong performances from our Welsh players.

“Thank you to Ashburnham, their staff and their members for once again proving a great host to this prestigious Championship.”