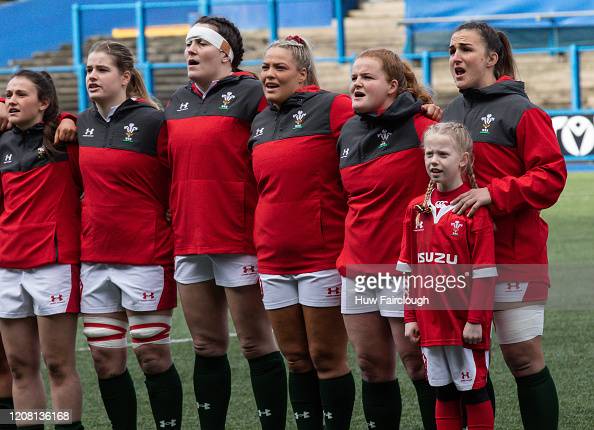 Siwan Lillicrap and her Wales Women’s team have not won a rugby match for two years. But the captain is “open-minded” about the future and believes her team can move beyond their recent turmoil, as she tells Lucy Rees.

As she looks ahead to the autumn campaign to kick start their Rugby World Cup countdown, the most suprising thing about Siwan Lillicrap is that she is still here.

After all, the current Wales captain could have been forgiven for giving up or walking away when there was so much change and chaos through recent times.

Lillicrap has taken all the flack and criticism after not winning a game in two years, but she’s still coming back for more.

“The thing I am most looking forward to is being brave, really, and open-minded and seeing where that can take us in this autumn campaign,” says the 34-year-old, who is head of rugby at Swansea University.

In case you missed it, the women’s game in Wales has not been a smooth-running machine. In November 2020, the WRU named ex-United States Women’s assistant sevens coach Warren Abrahams as head coach and former Wales captain Rachel Taylor as full-time women’s national skills coach.

The new regime did not last long. In March of 2021, Taylor resigned just before the Six Nations. Abrahams left by mutual consent four months later after defeats by Scotland, Ireland and France.

Whilst the men were winning, the women were losing and 123 former and current internationals decided “enough is enough” and launched a petition to improve the state of women’s rugby in Wales.

The WRU recently announced performance coaches Geraint Lewis and Ioan Cunningham, along with former Scarlets attack coach Richard Whiffin, would be on board for the autumn campaign.

“I’m just excited to get back with the squad now after what has been a tough 12-18 months with Covid and everything else, and lots of change happening,” adds Lillicrap with a smile.

“I am excited to get back with the girls and actually compete in our autumn campaign which is against different teams which we aren’t used to traditionally playing.

“This is exciting and will hopefully prepare us for the World Cup ahead.”

Even though she has led the team through a period of grim results, one-sided hammerings and criticism from some former internationals, the Bristol back row forward has managed to remain optimistic about the road ahead.

“There is an exciting interim coaching side that’s been appointed with some consistency there with Geraint Lewis staying on board, which is brilliant, and exciting expertise from Ioan and Richard coming in.

“As players, we’ll pick up different tips, hints and how we become players just from these coaches in this interim period, which is really exciting.”

After returning from a weekend training camp last weekend with the new coaching team and a squad full of fresh new faces, the skipper adds: “Looking ahead to the autumn campaign, I think it’s about building on our performances.

“We’ve spoken about challenges and challenging ourselves, being open-minded as a playing group to be adaptive and learn, don’t be afraid to try new things.

“But just looking for good performances, keep building on our kind of culture and our environment as a playing group.

“That’s something we’ve always had and is really strong, our connections, it’s kept us together.

“If that can carry us through, and we can develop on the field as well then we’ll be in a really strong place.

“For me as a captain, it’s not just about this autumn campaign, it’s about the next 12 months and how we take steps forward into the autumns, Six Nations and then the World Cup.

“I’m aware things aren’t going to happen overnight and the autumns aren’t that far away but if we challenge ourselves, be open-minded and continue to learn, grow, develop we’ll be in a much better place.

“That’s our challenge and I’m confident this interim coaching team can bring the rugby detail in for us to perform in Test matches.”

The Autumn fixtures were also announced.

Wales will take on Japan, South Africa and Canada as the countdown to the Rugby World Cup in New Zealand starts.

“The matches are really exciting because they’re three very different sides which is perfect for us in preparation for the World Cup.

“Japan will offer something completely different, they’ll look to play fast, they’ll move the ball, they get really low in contact.

“They’re completely different to South Africa who were a big dominant, physical side, and Canada is kind of a blend of two of them.

“We’re going to have to adapt our game plans and think about how we’re going to play against these oppositions.

“What’s exciting is they are three very different sides, different to what we normally play and it’s going to prep us hugely for the World Cup in 12 months time.”

Despite the lack of success for her team, Lillicrap seems very confident with the movement the WRU is making for the women’s game in Wales.

Walker has promised major change for the women’s game in Wales and said: “The women’s performance programme is one of my top priorities at present as I look forward to getting stuck into this exciting role.

“The search has begun for a new Wales Women head coach but we are also confident we have the right team to support the players this autumn as they start to build towards next autumn’s rearranged Rugby World Cup.”

All three autumn Internationals will be played at Cardiff Arms Park, Wales Women’s new home for the season.

“Last time we were playing here pre-covid, we had great crowds, great support and I think that really does help.

“We’ve missed that over the last 12-18 months, not having spectators being able to watch.

“No family, no friends in the crowd but also the Welsh rugby fans are absolutely brilliant and when they’re here and get behind us, it really does spur us on.

“That will be another fresh start, having fans back and us being able to perform for them.”