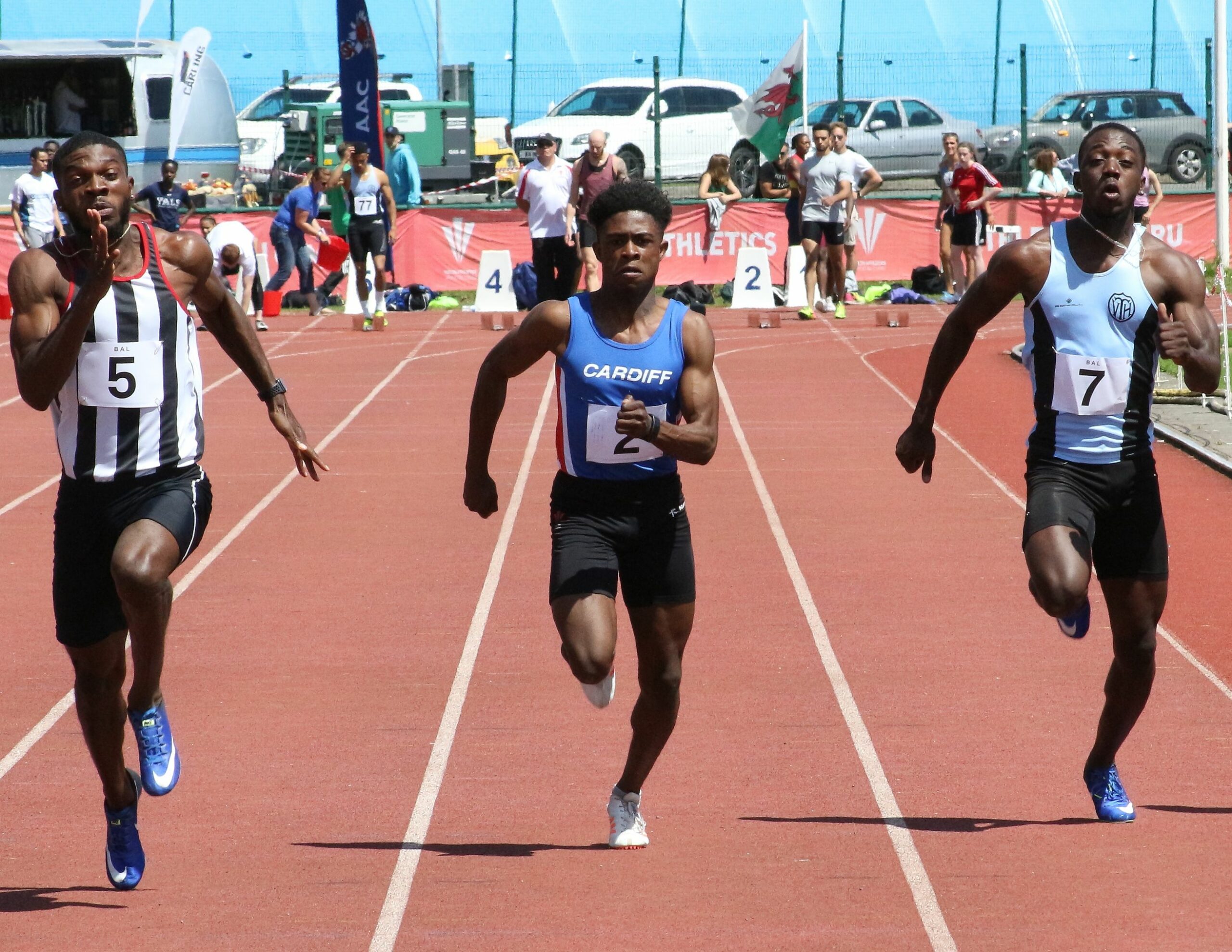 Cardiff's Jeremiah Azu in action during the British Athletics League fixture held in his home city in 2018.

Introduced to replace the now defunct British Athletics League and UK Women’s League, the NAL was devised to revamp the domestic club structure.

The new league was due to start in 2020, with both Welsh clubs included in the Premier League of a competition which would see men and women competing alongside each other for their clubs rather than in separate leagues.

Some top names for the opening round of the National Athletics League this Sunday.https://t.co/2GbLhIkcUx

However, Covid restrictions delayed the launch until this year and meant a revised competition structure for 2021 only – partly due to the uncertainty around this summer and the fact that the first round takes place before the June 21 opening-up date in England.

Cardiff and Swansea are still in the competition’s Premiership, but one which has now been separated into four regional groups in order minimise travel and overnight stays and adhere to Covid-safe guidelines.

Given that clubs will face the same opposition each round according to geography rather than all other clubs, scoring will be based on performance tables across the league rather than athlete positions at each match.

In each fixture, athletes will be allotted points and the clubs’ standings for that match will be an amalgamation of all their athletes’ tallies.

Standings will then convert to round points – 16 down to 1 for each division – in order to ascertain overall league positions. No promotion or relegation will take place this season.

Cardiff and Swansea have been included in the Premier West group alongside Bristol and West AC, Yeovil Olympiads and Yate and District AC.

Premier West Fixtures will take place on June 6, July 3, August 7-8 and August 28 and will all take place at the Yate Outdoor Sports Complex in South Gloucestershire.

Although the format is far removed from what was originally envisioned, the NAL’s committee was keen for the league to offer the chance for athletes to gain championship entry standards and good competition in an inter-club setting.

NAL chair Len Steers explained: “It’s not league athletics as we know it and it’s a far different programme than what we wanted to deliver.

“But it’s a structure that enables athletes to return to competition and gives those athletes who are on the pathway to championships the opportunity to gain marks for qualification standards.

“It’s about providing good levels of competition as athletes start to emerge from their pre-season training – because that’s been severely affected by non-availability of facilities.”

There is also a 16 club Championship section and a four-team National One division.

There will be no promotion or relegation during the 2021 season.

More information on how this year’s season will take shape can be found on the National Athletics League website.