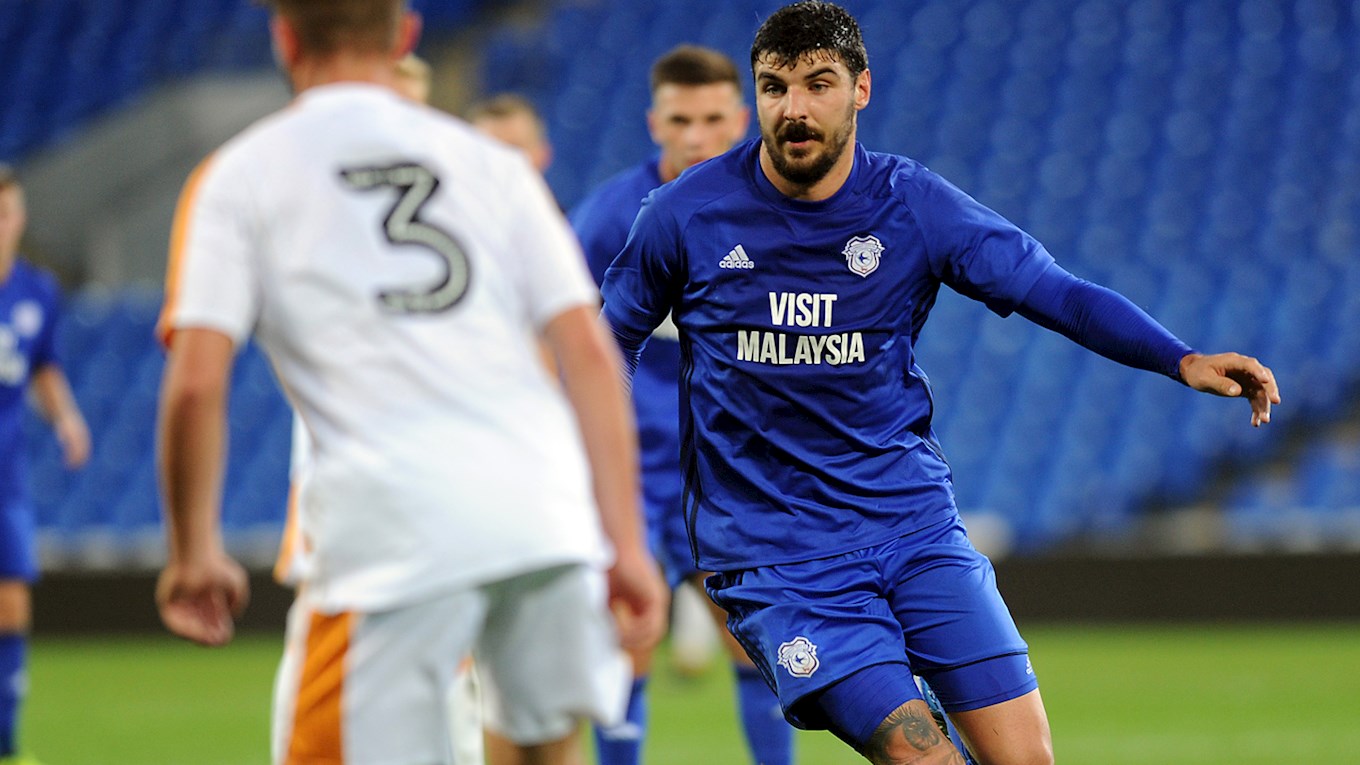 Callum Paterson insists Cardiff City are refusing to use a tough Premier League fixture list as an excuse and are remaining positive.

The Bluebirds’ 2-1 defeat by Burnley on Sunday was their fourth on the trot following losses to Arsenal, Chelsea and Manchester City.

And it is not going to get any easier for Neil Warnock’s side as they next two away games are at Tottenham and Liverpool – with a home game against fellow promoted outfit Fulham to follow.

City are in danger of being cut-adrift having collected just two points from their opening seven games back in the top flight to remain 19th with only Huddersfield Town below them.

But midfielder Paterson insisted: “You can’t look at the fixture list and use it as an excuse.

“We’ve had a lot of tough games and everybody knows that and it’s not been the easiest start to life in the Premier League.

“We had an alright game until they scored and when they got the second it killed the match a bit. They were a bit lucky.

“Teams against us have had a few easy goals shall we say and they seem to be falling to the opposition teams at the moment rather than us. Hopefully our luck will change in the future.

“It’s not a great result because we had our chances. We need to learn to take them in future.

“Our heads aren’t down. Absolutely not. We’ve always been a positive team and we did well to get to the Premier League last year.

“We had our ups and downs then and every team has them. We’ve not started great and we know that, but we just need to look to build with each game.

Paterson was denied a goal when his header was cleared off the line by Wales international Sam Vokes.

And it was Vokes who grabbed the winner after Josh Murphy’s stunning effort had cancelled out Johann Berg Gudmundson’s opener for the visitors.

“I’m just happy to be back on the park myself and getting games at the moment,” added Paterson. “Hopefully I’ve done enough today to keep my place in the team and I can get some more chances.

“Josh is great and has always been good. He did well in pre-season and has done well with the opportunities he’s had so far. We need players like him to play well and help us.

“He created some great chances and got his goal too. He had a couple more opportunities he didn’t quite take but he’s been great for us so far and we want to see more of that.”

Warnock’s Bluebirds Will Fight To The Premier Finish

But Paterson added: “Everyone knows what big Ken is capable of and it wasn’t his best game because we didn’t get the result we needed.

“But it was great the manager showed faith in him and hopefully he can repay that in the future.

“I think everyone has to work harder in training. You can’t just single somebody out. Ken is the guy who scores the goals for us and everyone needs to start pulling their weight to try to find the back of the net.”