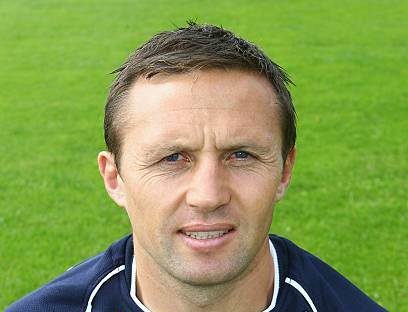 Cardiff Blues are set to dump Grand Slam-winning Wales U20 coach Jason Strange and are replacing him as backs coach with former Wales scrum-half Richie Rees.

Dai Sport can reveal the move comes as part of an on-and-off-field revamp by the region who are also quitting their training base at the Vale of Glamorgan resort.

Instead, the Blues are going to split their training venue between the Arms Park and Sophia Gardens, with players shuttling between the two city centre locations.

The Blues deny the move is to save money, but it’s understood they have to find £300,000 annual lease payments to use the facilities at the Vale.

Their intention is to use the two bases as a short-term solution until they find a suitable purpose-built replacement, possibly in partnership.

Dai Sport understands The Football Association of Wales have a strong desire to take over the Blues’ home at the Vale, which the rugby set-up currently share with Cardiff City.

The Bluebirds are exploring the possibility of building a new training ground which would be for their sole use.

The decision to axe Strange and replace him with Rees is the only change to the coaching set-up decided upon by the Blues hierarchy after a disappointing season which left them fifth in Conference A of the Guinness Pro 14.

The Blues failed to make either the Pro 14 play-offs or qualification for the Heineken Champions Cup, but the move to part company with Strange is the only change in the coaching team.

Strange’s coaching career seemed to be in the ascendancy when he led Wales to an age-group Six Nations title in 2016.

The former Newport and Bristol fly-half also enjoyed success at Ebbw Vale before Mulvihill recruited him not long after the Australian arrived himself to succeed Danny Wilson.

Strange replaced Matt Sherratt, who joined the Ospreys, but now – only a year into a three-year contract – he is being replaced by Rees, who currently works part-time with the Blues, helping academy players with the transition to the senior side.

The intended change has surprised officials within the Welsh Rugby Union, who recommended Strange to the Blues only 12 month ago and viewed him as a coach with an outstanding future.

It follows a difficult end of season for the Blues, who not only had to watch the Ospreys take a Heineken Cup spot ahead of them – but then lost Wales fly-half Gareth Anscombe to their west Wales rivals.