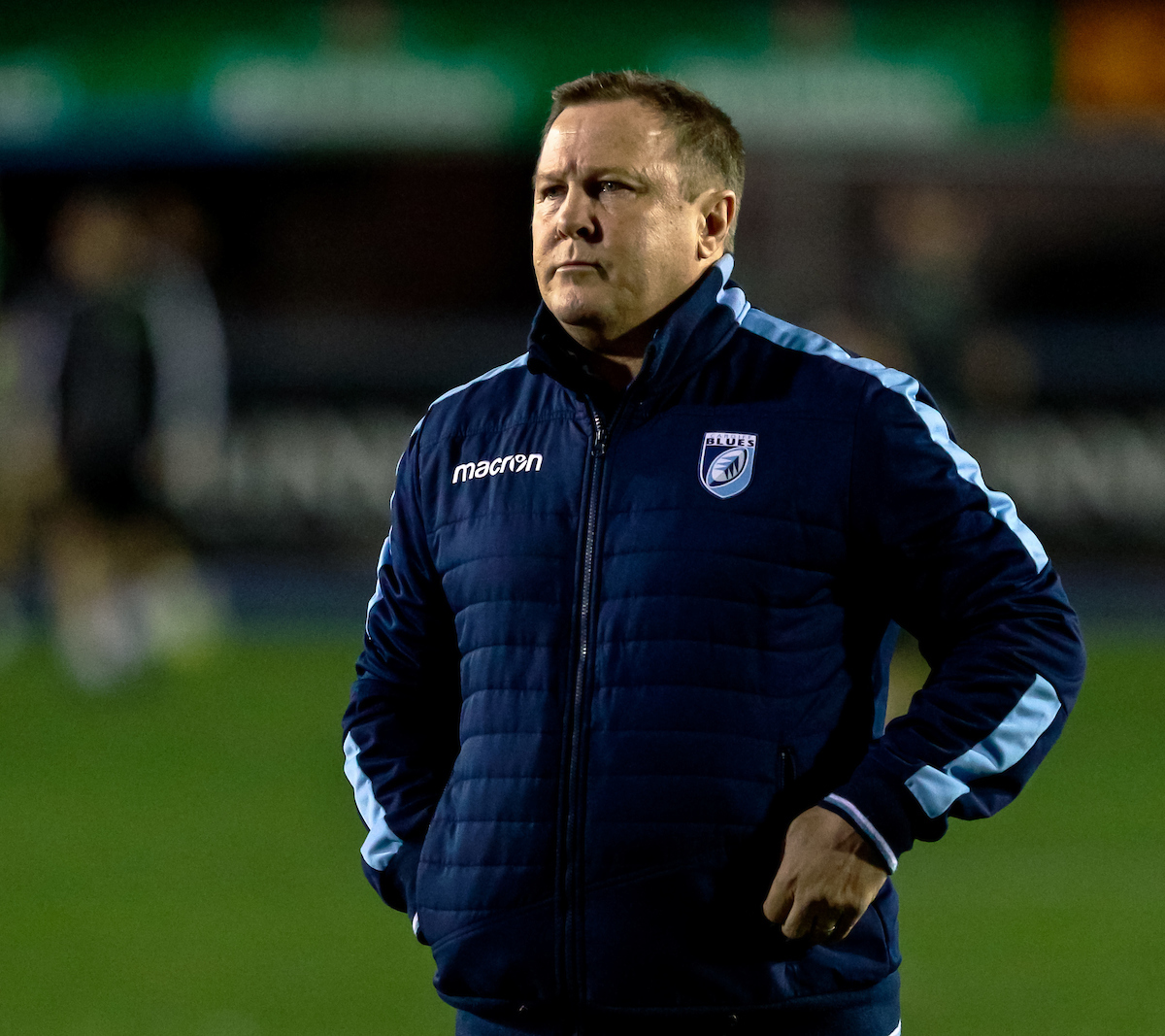 John Mulvihill has vowed to use the next nine days wisely as the Cardiff Blues look build a successful European campaign on a solid foundation.

The Blues laid the groundwork for their campaign with a 33-20 Challenge Cup victory away at Newcastle Falcons on Friday night, where they turned around a five point half-time deficit.

Blues fly-half Jarrod Evans kicked 16 points and Hallam Amos and Tomos Williams scored tries as the region made the perfect start with a gritty win.

The Blues now have a useful gap until they host Stade Francais next Sunday and Mulvihill said: “We need to make sure we continue to target the wins.

“If we’re in a position where we can push for a bonus point then that would be fantastic,” added the head coach.

“I think Stade will be very similar to what we saw with Newcastle tonight. A big, physical team who will kick a lot and contest in the air.

“Our aerial work probably needs to be a little bit better than it was tonight.

“It’s about what focus they have on this competition, because they’re doing well in the Top 14 and we’re looking forward to the challenge.

“We have a nine day turnaround so we can get more things right this week. Hopefully we’ll see Josh Adams and Owen Lane return next week, as well as James Botham.

“We don’t want to rush these boys back though. They have niggles and some of them had a pretty packed international window so we have strength in depth in those areas.

“If it’s another week then that’s fine, but we’ll certainly get them back up and running by the derbies.”

“We really built into game. We started well, lost a little bit of direction in the second part of the first half, but 20-3 in the second half saw us home”

John Mulvihill was pleased with the second half display as Cardiff Blues kicked off the Challenge Cup campaign with a win pic.twitter.com/eAzv1dD4k3

The Falcons were ahead at half-time thanks to converted tries from George Wacokecoke and Sam Stuart.

But the lead was narrow and a Williams score in the 48th minute saw it change hands. The visitors were never behind after that and a penalty try late on ended all hopes of a Newcastle comeback.

Mulvihill added:  “We really built into game. We started well but lost a little bit of direction in the second part of the first half, but 20 points to three in the second half saw us home.

“I’m not sure if people could see back home, but it was quite a wet and misty night. The ball was quite slippery and we were also a bit too lateral early on.

“Newcastle came out with a physical defence and they picked us off a bit individually. But as soon as we tightened up a little bit and got some gain line working again, that was probably the secret to our success.

“I also thought out tactical kicking game was a lot better tonight as well. Our pack was pretty dominant and both our scrum and line-out worked really well.

“They got their just rewards with the penalty try at the end, and all forwards who came on tonight really stood up.”