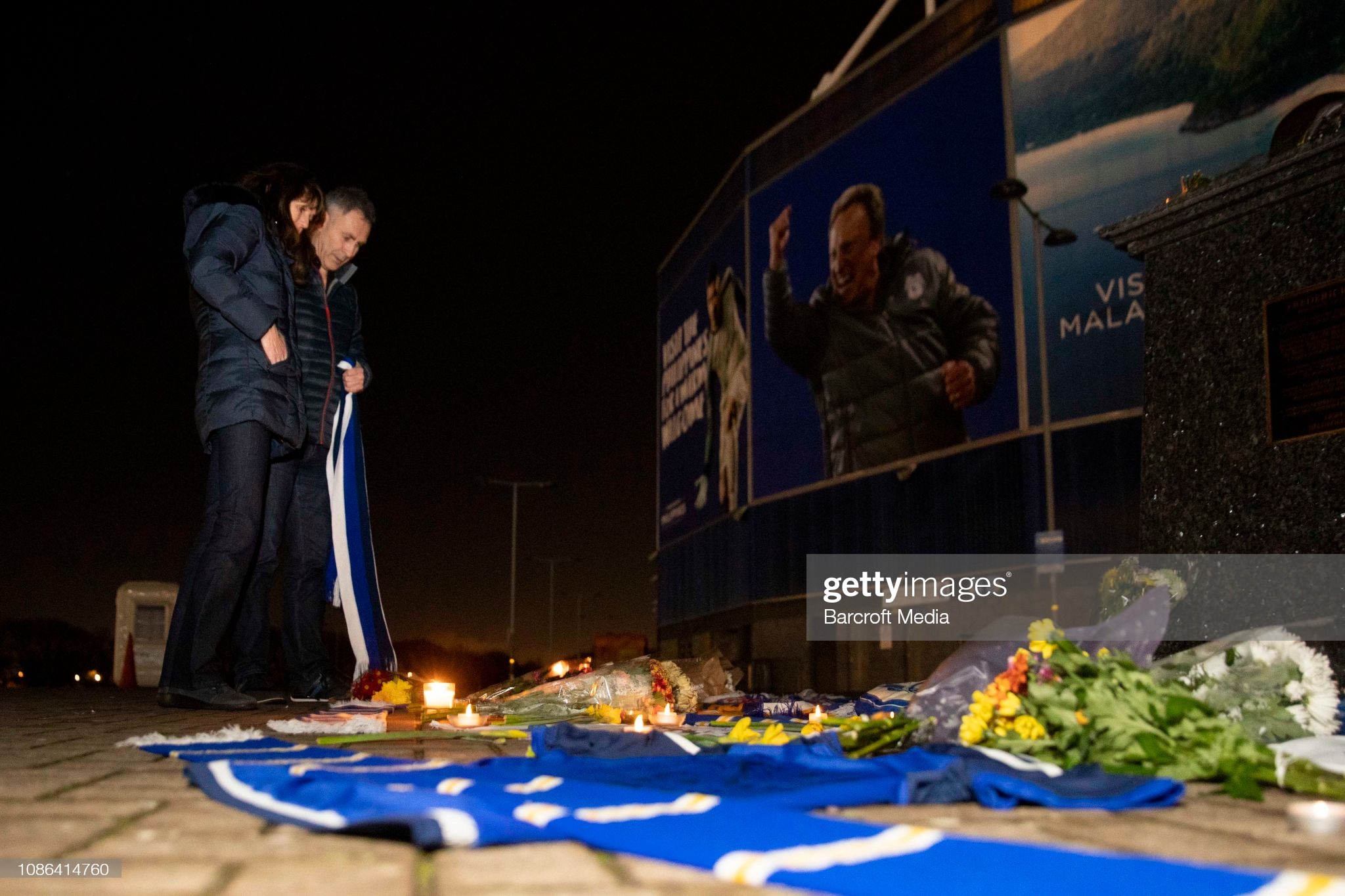 Blighted by tragedy, embroiled in legal disputes, and facing an uncertain financial future, Cardiff City are currently unable to sign any new players. That problem will soon resolved but the club has plenty of others still to overcome as Alex Bywater reports.

Cardiff City may soon have their transfer embargo lifted in time for some summer recruitment, but a key lawyer at the centre of the ongoing Emiliano Sala row has admitted that particular dispute is no nearer to being settled.

The club are one of half a dozen in the Championship who have admitted they are prevented from signing players at present due to their accounts not being filed with the Football League.

The breach is considered to be technical, however, since all the clubs – who were given extra time to file by the UK government – are expected to have their books up to date by the end of May when the transfer window re-opens.

Much less certain, however, is the ability of Cardiff to sign players once their bitter £15m feud with Nantes is settled one way or another.

That is now unlikely to be until the end of this year, once the case goes before the Court of Arbitration for Sport (CAS).

It is now 27 months since the plane carrying Sala – the striker Cardiff hoped would keep them in the Premier League – plunged into the English Channel.

Sala’s heart-breaking death rocked Cardiff and the football world to its core.

The fallout from the crash is still being felt today and last month Sala’s family confirmed they have begun legal action over his death. Cardiff are among 13 defendants named in a civil case.

Cruelly, Sala’s death has not been the only disaster to hit the Bluebirds.

In March last year, the club lost legendary midfielder Peter Whittingham after he suffered a fatal head injury in a fall in a pub in Barry. He died aged just 35.

As if that wasn’t bad enough, Cardiff confirmed in January their defender Sol Bamba had begun chemotherapy following a diagnosis of Non-Hodgkin lymphoma. Bamba’s treatment is ongoing.

Cardiff also lost former defender Chris Barker, 39, in January 2020. An inquest heard Barker took his own life after he struggled badly with the loss of his parents.

This awful string of events unsurprisingly left the Championship club wondering where to turn next, given the club has plenty of other challenges.

Cardiff’s current losses brought on by the Covid-19 pandemic are understood to be running at a mammoth £3m-a-month. That sum is being underwritten by owner Vincent Tan.

The ongoing dispute with Sala’s former side Nantes over the £15m fee for the Argentine striker hangs over Cardiff like a shadow and that’s before you consider the equally huge sums involved in their legal cases with Sam Hammam (£15m) and Michael Isaacs (£10m).

Cardiff and Nantes are now at what has been described as an “impasse” over the Sala fee.

Cardiff would likely end up bankrupt if they were forced to pay and that’s without their potential liabilities in the cases with former owner Hammam and ex-director Isaacs.

They could also be hit with a backdated transfer ban – imposed by FIFA initially after Cardiff refused to pay Nantes, before Cardiff’s decision to appeal to CAS.

Cardiff chairman Mehmet Dalman said of the Sala case: “Getting to the truth of what really happened is really, really difficult. It’s like something out of a fiction book.”

Dalman has also described the situation as “tiresome and hard work” and added: “It’s appalling nobody wants to know.”

Cardiff’s lawyers insist the club is not legally required to pay the Sala fee.

“The club’s chairman has been clear that if it’s decided the transfer fee is due, it will be paid,” said Chris Nott of Capital Law, the lead lawyer working on the Sala case on Cardiff’s behalf.

“But he’s been advised by us and his wider legal team the transfer fee isn’t due to Nantes.”

Nott is one of 14 lawyers Cardiff have working on the Sala case across Europe.

That number includes a team of four from the city’s Capital Law firm, four QC’s, two teams in Paris, and one each in Belgium and Switzerland.

These hundreds of thousands of pounds of legal fees are only eating further into Cardiff’s monthly losses.

It has meant the club has had to dispense with the services of the specialist public relations firm they had hired to deal with the crisis surrounding Sala’s death.

Asked why Cardiff have no legal obligation to pay Nantes the Sala fee, Nott said: “The reasons for this include that at the time of the crash: 1) Emiliano was not registered with the Premier League; 2) His contract with Nantes hadn’t ended; and 3) Emiliano’s contract with the club and all conditions of the transfer agreement hadn’t been finalised.

“All that was due to be sorted out when he got back to Cardiff but, tragically, that never happened. As the case goes on, more and more questions arise about the role of Nantes and their agents, including Willie McKay, how such an illegal flight was allowed to happen and why, as far as we know, they’re still going on regularly.”

Cardiff have also accused Nantes of backdating a cheque to Sala’s mother Mercedes Taffarel to obscure the fact he was still their legal responsibility when he died.

An agreement for the player was reached between the clubs in January 2019, but agents involved wanted a clause written into the deal which said their fees would be paid immediately.

The Premier League did not agree to the request as their transfer rules state any agent’s fee must be paid in installments over the length of the deal.

A mad dash ensued to find a solution and the plan was for Sala to see the new contract when he arrived at his first day of training with Cardiff, scheduled for Monday, January 21, 2019.

Tragically, he never arrives. Nantes, meanwhile, maintain Sala was a Cardiff player because his international transfer certificate had been completed with FIFA.

Dalman is understood to have met a representative close to FIFA president Gianni Infantino to try and resolve the situation.

FIFA are unwilling to get involved and are happy for the matter to be played out at CAS.

All footballers and their agents have been warned by the Civil Aviation Authority about the potential risks associated with the private charter of aircraft after the death of Emiliano Sala. By @Lawton_Times https://t.co/2rEJl1ESqg

Cardiff have gone to CAS to appeal FIFA’s decision that they should pay the club-record fee in full.

A well-placed Cardiff source anticipates the Sala case will “come to a head over the next year” and “there is a lot more to happen” but it is not the only problem lingering in the background for the Bluebirds.

The Covid-19 restrictions have meant the club has been unable to properly mourn or pay tribute to Whittingham, whose wife Amanda was pregnant at the time of her partner’s death.

It is hoped a memorial match will be played in Whittingham’s memory at some point in the future.

There are plans, too, for a trust in Sala’s name to be officially launched, but there are many who think the gesture rings hollow while Cardiff still battle over the late striker’s fee.

There are also questions over how much money can be raised in this Covid-19 era and where the funds will go.

Andy Legg won promotion in his last game for Cardiff.

“I know Neil Warnock was really knocked for six by the Sala incident and it took its toll on him. I think it hit the club hard in the background and unsurprisingly so,” he said.

“What a shock it was with Peter. He was a legend at the club, an absolute quality player. There has been tragedy on and off the pitch at Cardiff in the last few seasons, but the club deserves to be in the Premier League.”

Cardiff’s pain off the field has been huge and remains ongoing. It had been reflected on the pitch this season until current manager Mick McCarthy arrived in January to revive their campaign.

The former Republic of Ireland boss has said: “Whatever happened two or three years ago is nothing to do with me. I don’t really look back on what has happened historically because there was also a lot of good here.

“I remember when he was leaving and he thought it might be a job for me, Neil (Warnock) said, ‘It’s a great club, you’d love it’. I have loved it, I really have.”

Cardiff were relegated from the Premier League in May 2019 and Warnock, who took the team into the top flight and attempted to sign Sala, left six months later.

His successor Neil Harris guided Cardiff to last season’s Championship play-offs where they were beaten by Fulham. He was sacked in January following a run of six straight defeats.

The experienced McCarthy was parachuted in as Harris’ replacement until the end of the season and has revived Cardiff’s players in remarkable fashion to earn a new, two-year deal.

McCarthy took the team from the threat of relegation to League One into a position to challenge for the top six, but recent back-to-back defeats have stalled that momentum.

Financially, the Bluebirds remain on a precipice. They are utterly reliant on the backing of Tan whose hospitality businesses have been hit hard by the pandemic.

Dalman grows frustrated at any suggestion Tan is not committed to the club, but with the Malaysian pouring his money into a black hole, the Sala case ongoing, and the prospect of more financial trouble on the horizon, who could blame him if he stepped away?