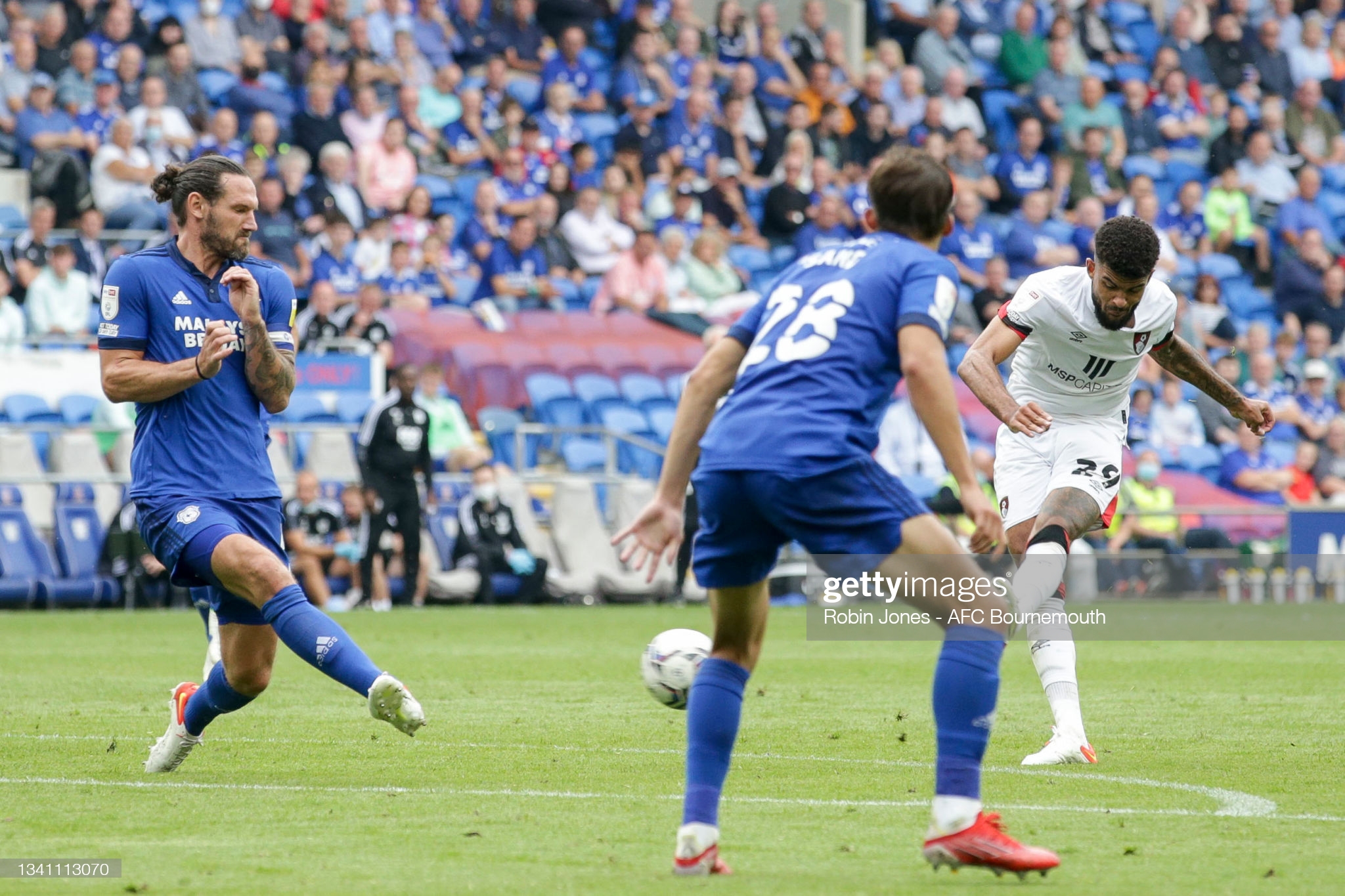 Cardiff City have been labelled a “horrible” team to play against by Bournemouth’s Phillip Billing who has claimed his own side matched the Bluebirds’ muscle at the weekend before outplaying them.

The Cherries went to the top of the Championship with their 1-0 victory at the Cardiff City Stadium where Billing scored the only goal of the game.

The tall midfielder was part of a dominant display by the new leaders, who are unbeaten in the league this season and who, according to Billing, have quickly learned how to be “horrible” themselves under new boss Scott Parker.

“People were probably doubting us coming into this game,” said Billing.

“They questioned whether we could do it against a team like Cardiff who are physical and horrible to play against.

“But we showed, by keeping them to very few chances, that we can be horrible and nasty as well while at the same time being able to play.

“We got the win, it’s three points away from home against Cardiff, and not many people are going to come here and get too much from them, so it’s a great team performance overall.”

Cardiff launched a couple of missiles early on towards the head of 6ft 5in Kieffer Moore and 6ft 6in Aden Flint, then chucked in a few more late on.

But Billing – 6ft 4in – and his teammates knocked them out of the sky and dominated in every area when the ball was on the deck.

It meant a third successive victory for Parker’s men, who are unbeaten in the league this season and whose only defeat was in a 6-0 Carabao Cup defeat against Norwich City when they fielded a shadow side.

The Bluebirds have lost three of their last four games and unrest is brewing in the Welsh capital after an encouraging start.

I can now confirm that today signals my last day as Academy Manager at Cardiff City as I move on to explore new and exciting opportunities. It brings to an end a long affiliation with the football club in many roles and nearly 8 years as Academy Manager since leaving teaching. pic.twitter.com/id0oVdxIGH

But manager Mick McCarthy is determined things will not implode as they did under previous boss Neil Harris and insisted: “We’ve got very good senior pros who are very close and stick together and that will be the case.

“We won’t drop our heads, and we’ll be consistent in our behaviour.”

Already out of the Carabao Cup after losing to Brighton, Cardiff have no midweek match and can prepare for their next Championship fixture away to Blackburn on Saturday.

They then host unbeaten West Brom the following Tuesday.

One thought on “Cardiff City Are Horrible . . . But So Are We, Plus We Can Play, Says Bournemouth’s Philip Billing”