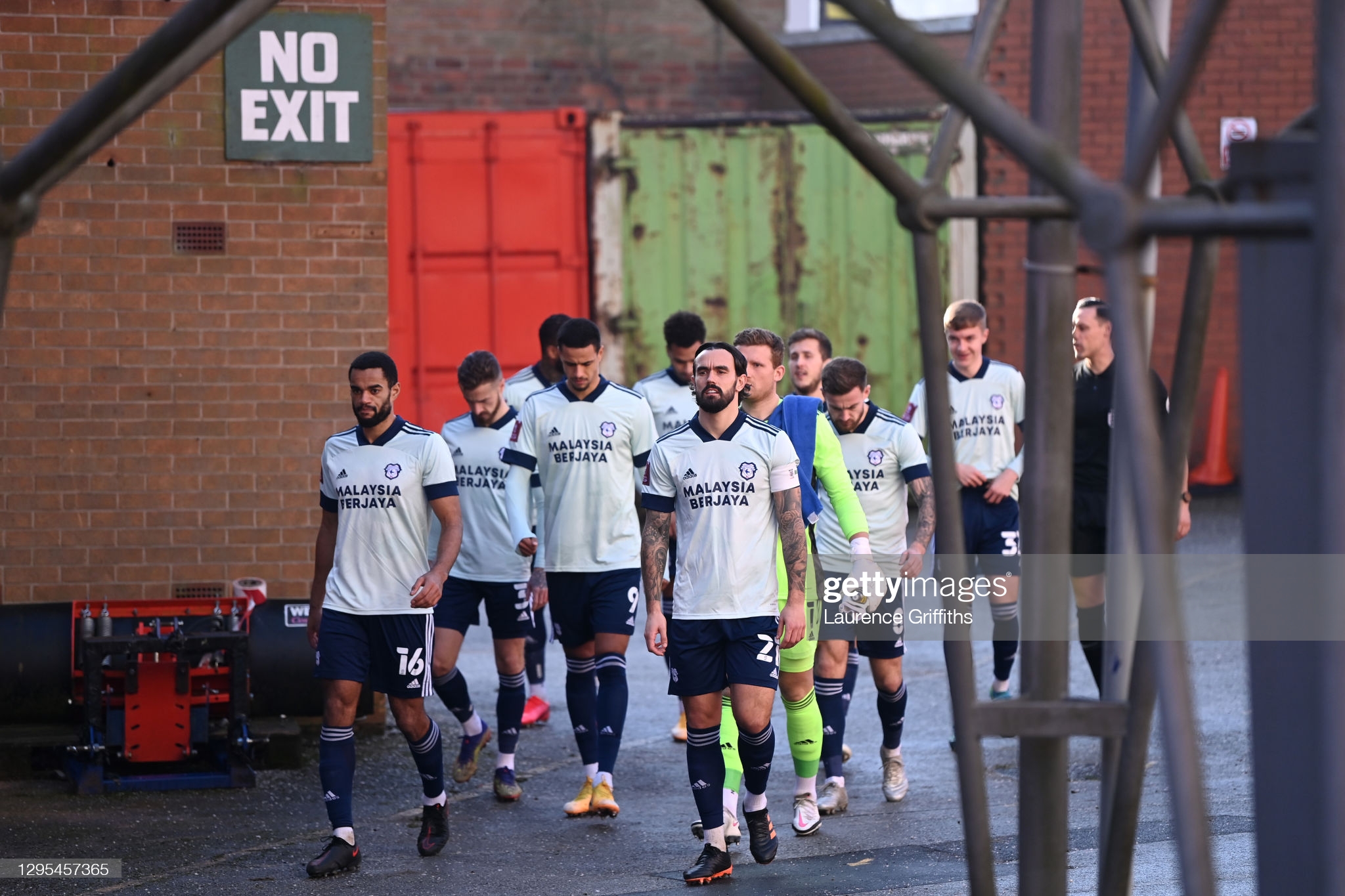 Oh yes there was for Cardiff City as they exited the FA Cup at the first hurdle. Pic: Laurence Griffiths/Getty Images

Neil Harris insisted a lack of quality was Cardiff City’s undoing as they were dumped out of the FA Cup after a 1-0 third round defeat at Nottingham Forest.

The Bluebirds boss watched from the stands – a ban imposed after his sending off at Wycombe – as his side made it four defeats in a row.

Harris has seen his side claim just eight wins in 24 games this season with another early Cup exit adding to the pressure he is facing.

And it is unlikely to get any easier with high-flying Norwich City up next, just weeks after City were comprehensively outplayed in a 2-0 defeat at Carrow Road.

Opinions/reflections on the game? Where do we go from here? Harris in/out? Think most of us don’t really know what’s going on at our club atm, and things would be different if they could here our opinions on a match day in the crowd… it feels like we’re settling for mid-table..

“It was a much better performance, a game which we completely controlled and never deserved to lose,” insisted Harris.

“I want better results, and I’m trying to change the mentality. I’m focused on the players, and I’ll be fully focused on Norwich next weekend.

“There’s still work to be done, and having another week on the training pitch will really help.

“I picked a team to win, because the FA Cup is a wonderful competition, even if it has lost some of its sparkle because the pandemic means there aren’t any fans.

“Our main downfall was the poor goal we conceded.

“That was really disappointing so early in the game. We should have stopped the cross and then we gave their striker an opportunity to score from 12-yards.

“We had 15 shots and lots of balls that went across their six-yard box, but couldn’t find that moment of quality.

Cardiff had won on their last six visits to the City Ground – including in the Championship earlier this season – but lost to a Forest side containing eight changes.

Dillon Phillips was handed his Cardiff City debut in goal while Joel Bagan, Marlon Pack and Josh Murphy started in four changes for the Bluebirds.

But within three minutes Phillips was picking the ball out of the net as Taylor ended a 13-game streak without a goal by converting Gaëtan Bong’s cross.

Phillips later saved from Joe Lolley before City created chances after the break with efforts from range from Joe Ralls and Will Vaulks.

“There were a lot of good performances,” insisted Harris. “Joe Bennett stepped up today, and I thought he was excellent at left centre-half.

“I thought Joel Bagan was outstanding at left-back. He was really solid, really reliable, and we all got to see what a good player he’s going to be.”

Harris wants three signing this month to boost his ailing side – and is also desperate to see a few players back from injury in the coming days as he prepares for the visit of Norwich.

“We truly hope to have Kieffer Moore back for Norwich,” he added.

“He will be on the training pitch this week, and Jordi Osei-Tutu will be there too.

“Hopefully Greg Cunningham will return, and Aden Flint will be back in training as well, albeit a probably few weeks away from first-team football.

“Lee Tomlin is out running, so hopefully we’re moving in the right direction. It’s a little bit more positive.

“We quickly need to get players back on the training pitch. We need to get Jordi and Kieffer back into the group, and we need Aden and Sean Morrison back fit as soon as possible.

“Having those four players available will help us at both ends of the pitch, definitely. It’s important that we get influential players back on the pitch.”