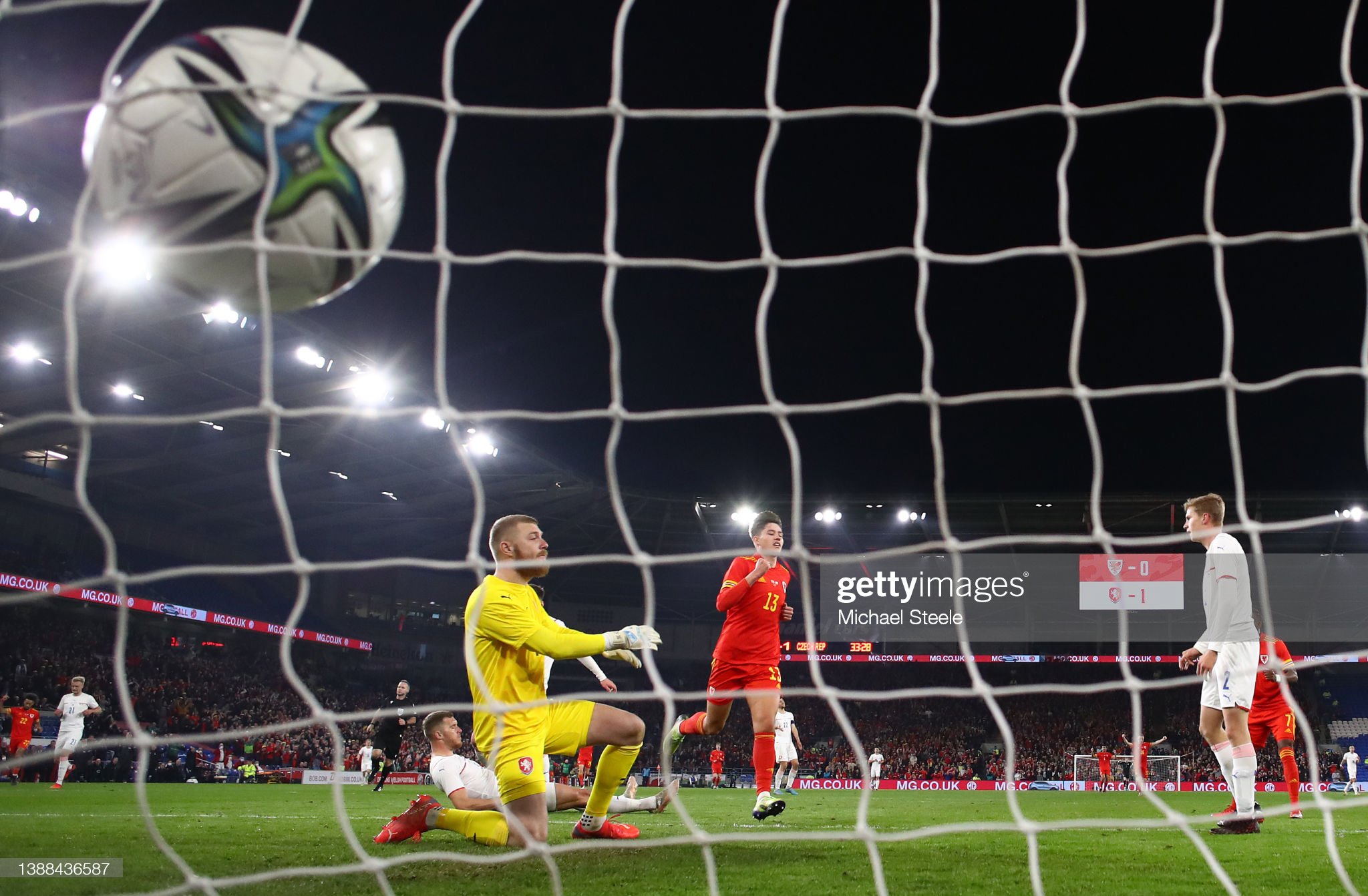 Rubin Colwill will start on the bench for Cardiff City tomorrow in the South Wales derby after manager Steve Morison insisted he would not get carried away by the hype.

Colwill scored his first goal for Wales against the Czech Republic in midweek in an impressive first home start.

But despite a clamour among Bluebirds fans for the teenager to start more games for his club, Morrison has claimed he will not be pressured into pushing the teenager striker too soon and he will be on the bench for their clash at home to Swansea City.

He even referenced Pep Guardiola and his handling of England star Phil Foden at Manchester City as his template for Colwill.

Colwill has made a rapid rise in recent years, moving up from the Cardiff under 23 team to breaking into the Cardiff senior team and challenging for international honours against his heroes Gareth Bale and Aaron Ramsey.

Morison is adamant in his belief that Colwill is an exceptional talent but refuses to be drawn in on the hype that is currently surrounding the player.

Instead, the Cardiff City manager is fully focussed on helping to develop the youngster in what is a crucial stage for him.

“He needs to add in all areas of his game,” said Morison.

“I get a bit frustrated when I read a lot of the stuff because everyone talks about him like he’s the finished article.”

Rubin Colwill has now scored at Anfield and for Wales as if he was having a spot of shooting practice on the local park.

Colwill is building the foundations to what could be a flourishing career in the game, although Morison will not let him rest on his laurels.

Morison is a developing manager; he is aware of Colwill’s potential and is keen to not make mistakes in developing such a promising youngster. He is therefore looking to Guardiola for influence.

“I’m going to base Rubin Colwill with what Pep Guardiola did with Phil Foden. He’ll be put in, taken out.

Morison also looks to the example of Gareth Bale and emphasised the need for Colwill to stay grounded amongst the praise to ensure that he continues to have the hunger and the desire to continue to improve throughout his career.

“I will have a chat with him after this press conference about the outside noise. He needs to understand where he is.

“As soon as he and you guys believe he is the finished article, he will have a shot.

The will to improve in what is a constantly evolving game is key for young players in recent years, and Colwill will need a lot of hunger in his belly to do this throughout this career as the game progresses.

We have a serious talent on our hands for both club and country.

Rubin Collwill, you are magic. Some player he’s going to be.

Morison added: “Special talents like Gareth Bale come on the scene, look at the two years he had at Spurs, they didn’t win a game!

“Now he’s arguably one of the best British players ever to have played the game.

“Rubin is a special talent. He has got lots of good attributes. There is not a football player in the world who hasn’t got things to work on.