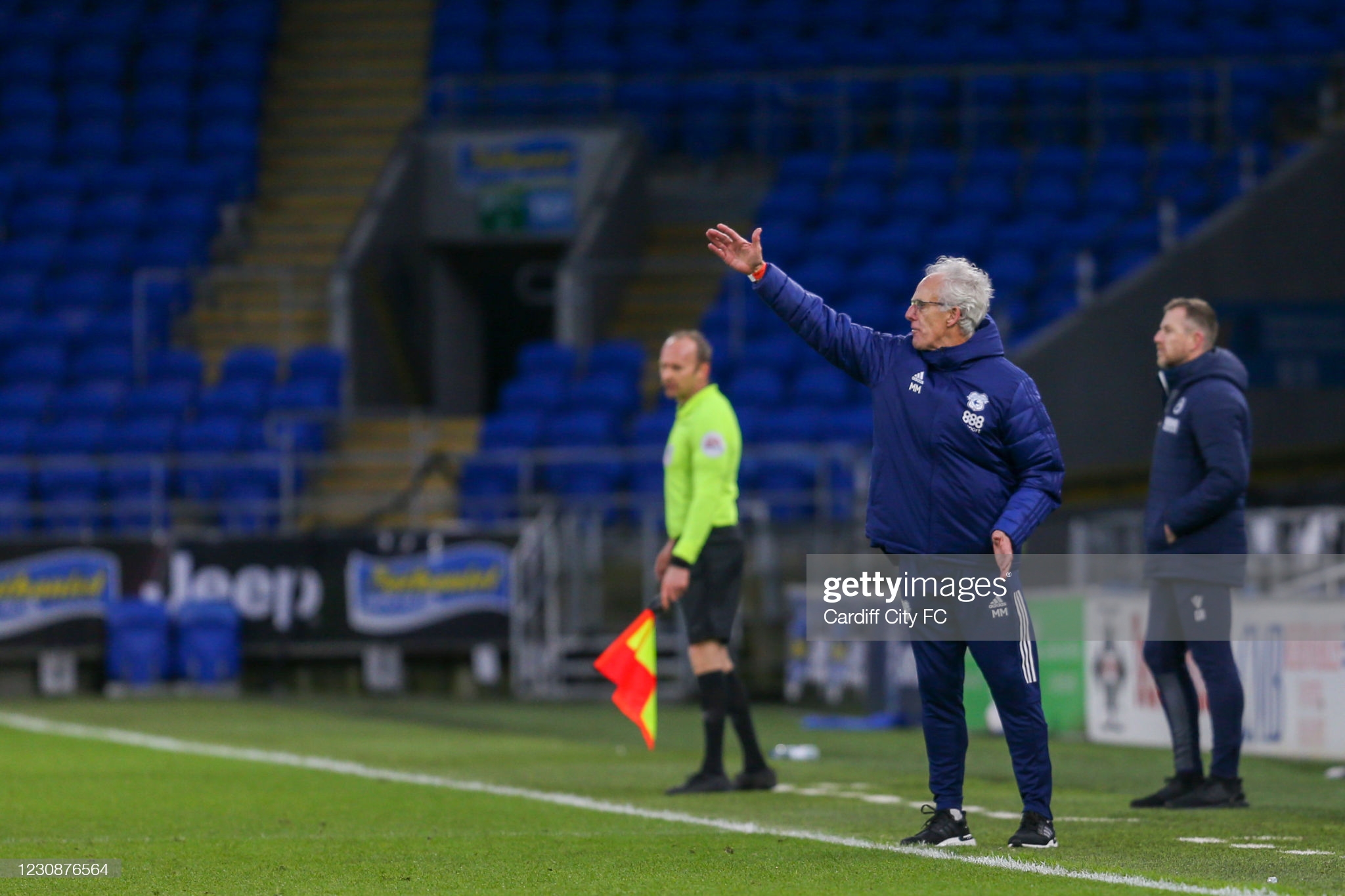 Mick McCarthy says he has not had to wave a magic wand to turnaround Cardiff City's fortunes. Pic: Getty Images.

Cardiff City are at Bristol City on Saturday, but it will be another derby game devoid of atmosphere because of the absence of fans. But what’s it like being a fan on days like these? Bluebirds supporter Millie Connolly is making do with her sofa and Cardiff City TV and still thinks there are worse ways to spend a Saturday afternoon.

With the Severnside derby upon us, Cardiff City fans – alongside their closest English neighbours – are longing for the days of experiencing 90 minutes in their respective footballing temples.

The real deal that involves sitting with family, friends and total strangers who are bound by the collective love of their football team.

However, the global pandemic will mean that once again we will all be settling for the seating of our sofas, to watch the latest instalment of this unique season.

It is approaching a year since we, Cardiff City fans, have been at our own stadium and we are itching to get back.

We have missed out on so much, it seems: the tragic passing of Peter Whittingham, the play-off campaign, the start of a new season, the downfall of Neil Harris, being there for Sol Bamba, and the new but weathered face of Mick McCarthy.

Cardiff’s fate this season appears to be falling towards finishing in their lowest league position for 16 years, but we know it would be different if we were there acting as the 12th man.

With the other armchair fans, I have been watching home games via Cardiff City TV or tuning into Sky on the rare occasion our away game is being broadcast.

I have even listened to the radio for probably the first time in my life, to catch our away games!

Watching from home has its benefits in the way of limitless food and significantly less layers of clothes, but the downsides far outweigh the positives, even if it’s just your WIFI running slower than our current midfield.

Certainly, getting a goal announcement on your phone before seeing it on the screen is enough to make you long for the days of being in the stadium.

I have a season ticket, so I watch the games via Cardiff City TV. I do think it is of reasonable price and value.

My season ticket is around £160 and to watch every home game via Cardiff City TV (with individual match passes) is £10.

In that sense, I get my money’s worth.

Watching on Sky means no bias commentary and a lot of adverts but on Cardiff City TV you get biased commentary (to some people’s liking) and rarely get adverts which is a great bonus.

I enjoy the commentary and excellent coverage, yet I know that it will never be as good as through own eyes at the stadium.

One of the items of clothing that is still put on regardless of location is the home shirt.

Putting it on brings some normality to the strange current matchday routine.

Historically, we would get to the ground an hour (if not more!) before kick-off to soak up the pre match atmosphere, which of course includes seeing how many fans the away team has brought (‘is that all you take away?’) and giving the obligatory nods to those fans around you that you see about 20 times each year but still feel its ok to hug (remember those!) when we score a goal.

Instead, sitting on the sofa, I find myself replicating the matchday announcer, pretending I’m the person revealing the team or muttering to myself songs I’d be singing after a near miss or a crunching tackle from our captain.

Post-match for me is something I have never thought I would miss, but I find myself longing for it.

Turning the TV on to watch what feels like the 100000th football match of the season pic.twitter.com/PNVeifwQ0w

Not the silent drive home after a heart-breaking loss, but the bit when you leave the ground and stroll down Sloper Road trying to see where we are in the league on your phone, or listening to the conversations from those walking around me, such as ‘about time we got a new striker’ or ‘I can’t wait till Tomlin’s back’.

Twitter at home now is the equivalent of purposely overhearing the views of the crowd leaving the stadium as you walk back towards your ‘real life.’

It’s a handy substitute but it’s not the same.

In these difficult times, we should all be very grateful to have football as it is that sense of normality that we need right now.

But you do feel a sense of sadness as I know personally going to the stadium, was my escape.

The good news is, just over 100 years ago we defeated the Spanish Flu and I have no doubt we will defeat this pandemic, too.

📺 Find out how you can watch the #SevernsideDerby this Saturday!

And whilst it is not quite as important as life and death, I know when the stadiums are open again, I will have an extra spring in my step and ‘I’ll be there with my little pick and shovel,’ that’s for sure.

And what about a hat-trick that has been 100 years in the making? Defeating the Spanish Flu, defeating Covid and defeating our nearest rivals who reside just 20 miles across the River Severn.

Now that would be worth celebrating, even if it’s from the comfort of my sofa!