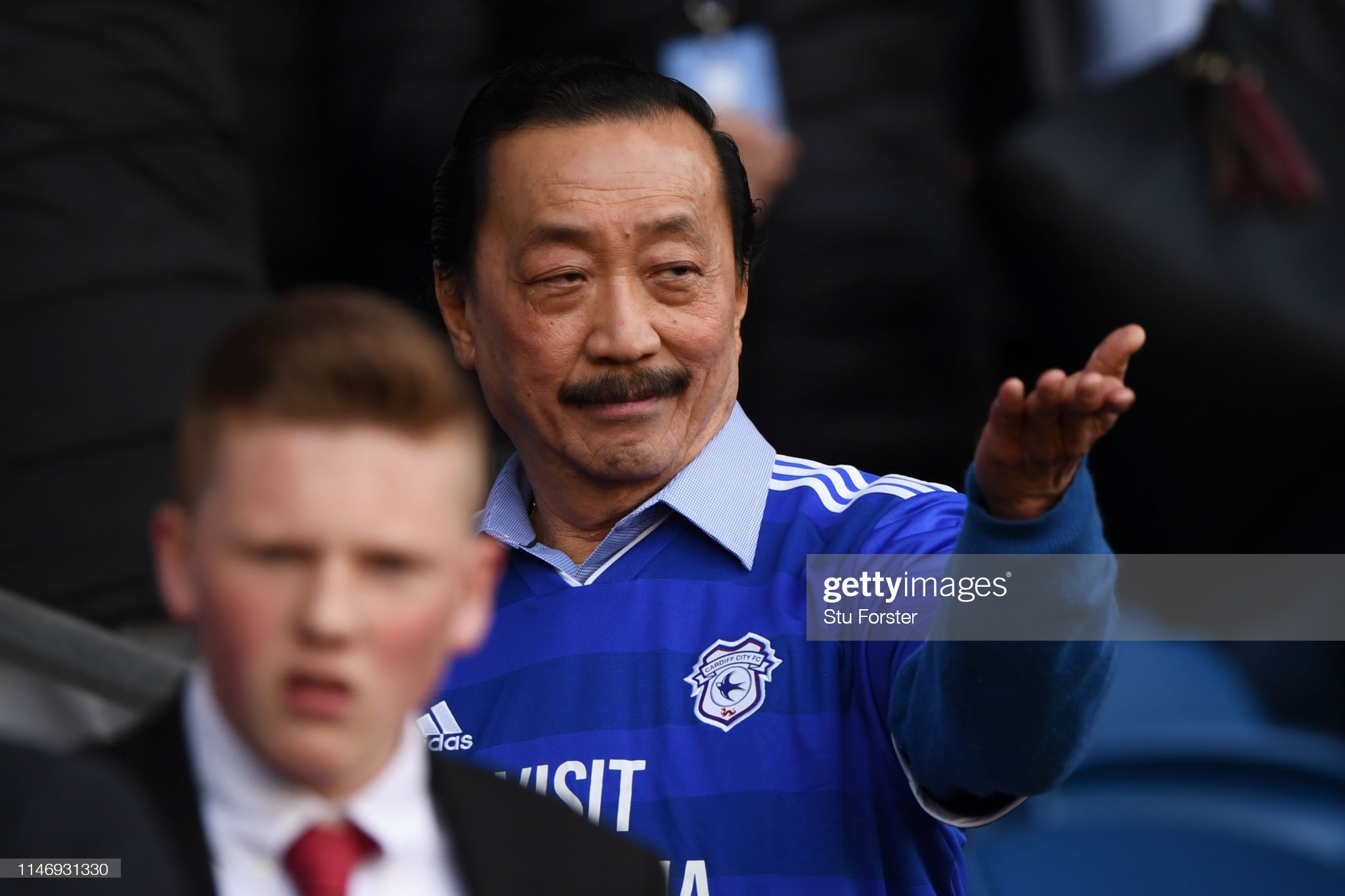 Dean Whitehead has admitted crisis club Cardiff City need help from every direction to prevent their season from imploding.

Angry fans held a demonstration against owner Vincent Tan before their latest defeat, a 1-0 home loss to Millwall that leaves the Bluebirds just above the Championship relegation zone, but with two clubs beneath them with games in hand.

In the space of a few days, Cardiff have been told they can only sign loan players in this transfer window, embarked on a search for their third manager of the season, been revealed by court papers to have tried to insure Emiliano Sala for £20m the day after he was killed, and heard those disgruntled fans rise up and call for the hierarchy to quit.

Tan has become a remote figure, not seen at the club, although all major decisions are his, including managerial appointments.

He has repeatedly said his aim is to take the club back to the Premier League, but on a sustainable basis, but at present a move downwards into League One looks far more likely.

Nine Championship matches without a victory. ❌

Scored once in their last five league games. ❌

No victory at home since October 29. ❌

One place above the relegation zone. ❌

In the short term the club need a new manager and more players – sharpish – a fact conceded by caretaker boss Whitehead.

“Confidence comes from winning games. And at the moment, we’re not doing that,” Whitehead said.

“That’s our job to change that.

“But you know, ultimately, the squad needs help. We need help. We need players in to freshen up the squad. And if we can do that, then we will. If it’s possible.

“I’m part of (the transfer process) until people tell me I’m not. We’re looking at players, we’re looking at people to bring to the football club and it’s an ongoing process.

“We’re very close on one and got a couple of other things that we’re looking at. We want to try and get strikers on the pitch and in the building, so that’s our priority at the moment. To get people in who can score goals.”

Welshman Tom Bradshaw increased Cardiff’s relegation fears and kept Millwall in the Championship play-off mix with the only goal of the game.

Cardiff fans staged a protest before kick-off calling for Tan to sell the club and they have now gone 11 games without a win in all competitions.

Whitehead could not halt the Bluebirds’ slide, but they were spared the ignominy of falling into the bottom three thanks to Blackpool’s clash with Huddersfield Town being postponed.

Cardiff last won a game of football on November 5. In their last five league games, they have scored one goal.

They are the lowest scorers in the Championship with just 21 goals this season, seven fewer than bottom club Wigan Athletic.

Hudson Gone as if they’re taking action for the way it’s going..

How about Tan, Choo & Dalman you see that Visit Malaysia Sign on the Stadium? Why don’t you grab your belongings and take a one way ticket Out of our Club✈️#TANOUT #cardiffcity #Hudsonsack pic.twitter.com/xgBtfvK39s

Their 5-2 exit from the FA Cup at the hands of Leeds United in a third round reply means they are without a fixture this weekend.

They face an away trip to Hull City on February 4, followed by a home game with Middlesbrough and then a trip to fellow strugglers Birmingham City.