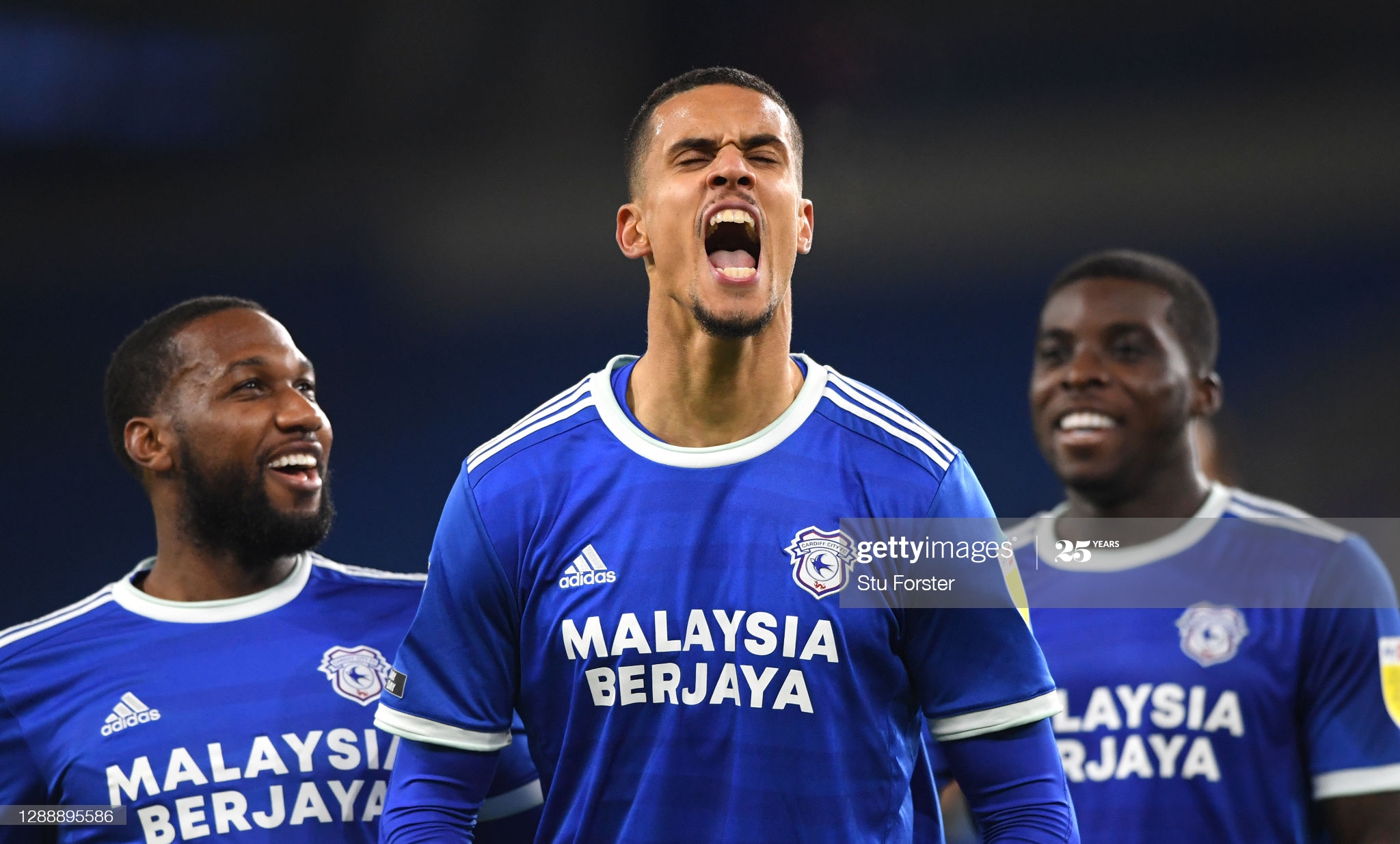 Neil Harris’s revival of Cardiff City continued as the manager praised his players for securing back-to-back Championship victories for the first time this season.

A 3-0 home triumph over Huddersfield was the perfect follow-up for the Bluebirds boss who had told his players they had to prove their 4-0 thumping over Luton Town last weekend was no flash in the pan.

Kieffer Moore took his goalscoring tally to nine for club and country this term with a crucial brace either side of half-time before substitute Robert Glatzel completed the win.

Wales striker Moore produced a composed finish to put the hosts ahead before capitalising on Naby Sarr’s defensive error.

Their second success in four days has taken the Bluebirds up into 11th place after starting last weekend just three places clear of the relegation zone.

A satisfied Harris said: “We have tightened up the last couple games. It was another great performance but the standards have been set so if we are to be successful they need to be at that level again.

“We knew Huddersfield would have a large percentage of possession and make us run.

“We asked so many questions of them, with some quality football and set plays.

“I picked the same team even though I’d knew there would be some tired legs but the players deserved to play again off the back of the Luton game.”

Huddersfield manager Carlos Corberan admitted his team were strictly second best and said: “We wanted to come here and get points and knew it would be a tough game but they were better than us in both boxes.

“After we conceded the first goal we were in attack and then conceded a goal we could have avoided.They were avoidable mistakes.

“Whenever you play from the back and concede a goal you can put it down to the style. But we shouldn’t have made the mistakes we did.”

Cardiff were unchanged after their 4-0 thumping of Luton eased the growing pressure on manager Neil Harris.

Amongst the starters was Mark Harris, who marked his return to the side after a three-year absence with a crucial goal.

Terriers boss Carlos Corberan also celebrated a victory at the weekend but was forced to make five changes to his winning side.

Two good wins, but the next few games will show how good we are. Some very tough games coming up and of course the derby against those lot down the M4! #cardiffcity #bluebirds

Goalkeeper Ben Hamer returned in place of Ryan Schofield, who dropped to the substitutes bench.

Hamstring injuries to Richard Stearman and Juninho Bacuna meant a return to the side for captain Chris Schindler and Demeaco Duhaney.

Matty Daly was given his first senior start in the Welsh capital and Danny Ward led the line against the club he left in the summer.

The Terriers dominated the ball for large spells of the first period but it was Cardiff, with their physical presence, who looked more likely to break the deadlock.

Sean Morrison, fresh from scoring his first goal of the season against Luton, had a chance to double his tally after meeting Joe Ralls’ corner at the back post but he could only head wide.

Ward looked set to haunt his old team in the 29th minute when Duhaney got to the by-line and clipped the ball in but his tame shot was straight at Alex Smithies.

Moore never looked like making the same mistake when he broke the deadlock in the 35th minute.

Sheyi Ojo shifted the ball onto his left foot and worked a yard of space to beat Duhaney and whipped in a low cross which Moore calmly side-footed into the back of the net for his third goal in four matches.

Corberan’s men piled on the pressure in search of a leveller after the restart but some kamikaze defending undid all their progress in the 68th minute.

Sarr was pressed hard by substitute Junior Hoilett and eventually coughed up possession in his own penalty area.

Hoilett pounced on the ball and squared it across the six-yard box for Moore, who had a simple tap-in.

There was still time for Glatzel to turn Rarmani Edmonds-Green and fire past Hamer with five minutes left to secure another comprehensive win for the Bluebirds.