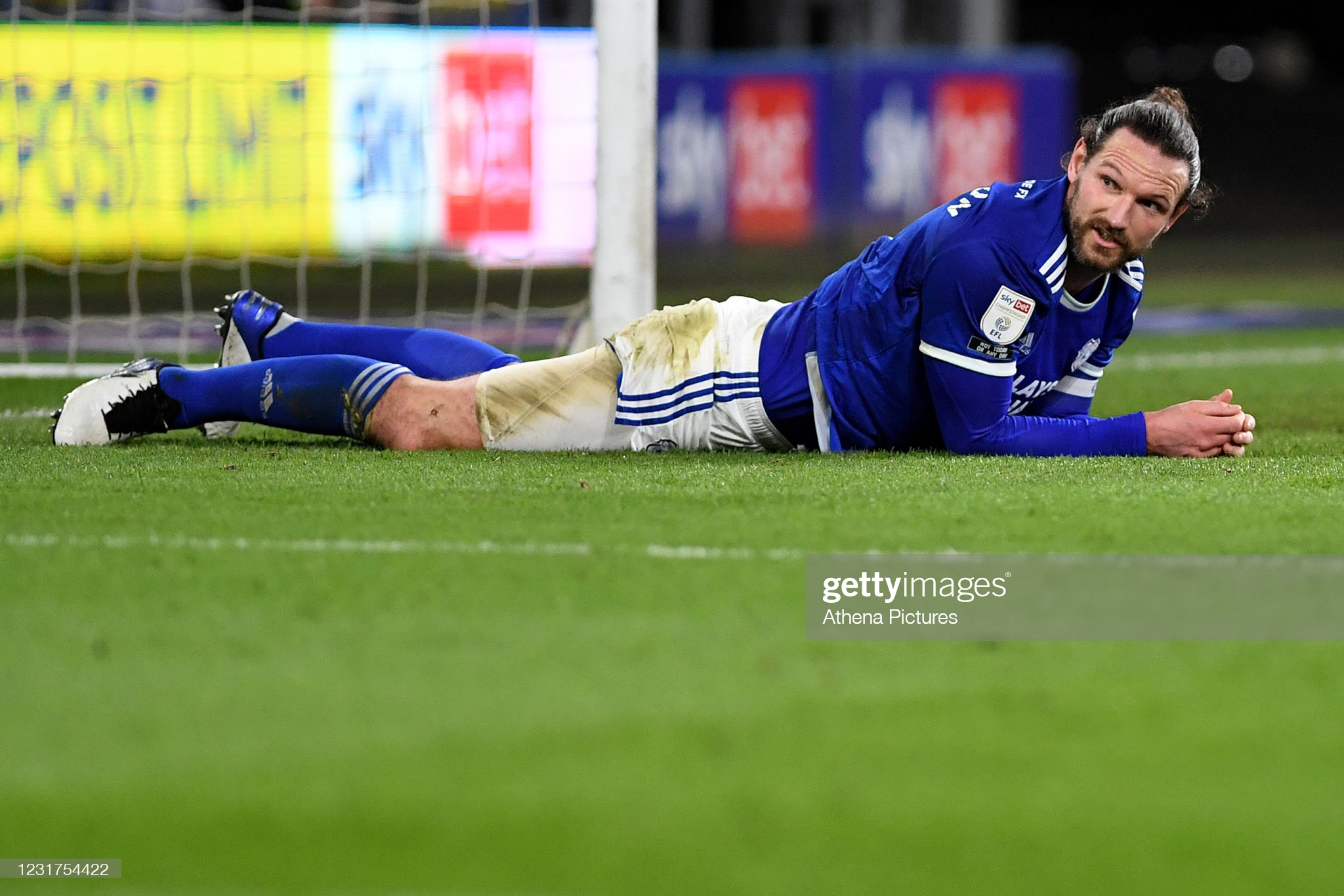 Down, but not out of play-off picture? Cardiff City skipper Sean Morrison on the deck against Stoke City. Pic: Athena Pictures/Getty Images

Mick McCarthy admitted he had to read the riot act to his Cardiff City players as his side’s play-off hopes suffered a blow.

The Bluebirds draw goal-less draw at home to Stoke City saw them drop to ninth six points behind sixth-placed Barnsley who have a game in hand.

And the draw – after Saturday’s first defeat suffered by McCarthy as boss at home to Watford – has added an extra edge to this weekend’s South Wales derby at Swansea City.

McCarthy’s men surely need victory at the Liberty Stadium to keep their play-of hopes alive while the Swans will be looking to get their automatic promotion chances back on track after the 3-0 defeat at Bournemouth.

“It’s the first time I have had a raised voice, because it’s been going so swimmingly up until Saturday – and even Saturday’s performance was good, against a really good team,” McCarthy said.

“I wasn’t happy first half. I thought the performance was way below what we have set our standards at and we needed to up it.

“I thought we did in the second half.”

“I assess that as a hard-earned point, I don’t think either team were at their best.

“I wasn’t happy at half time, we weren’t intense enough, it was a poor first half.

“The second half was significantly better and I thought we had the better chances, but they hit the crossbar in the last minute, so maybe we carried a bit of luck.

Stoke had the earlier chances with Steven Fletcher being denied by Dillon Phillips before Nick Powell curled wide from an excellent opening while Perry Ng made a spectacular clearance to thwart Jordan Thompson..

Leandro Bacuna had an effort blocked by Adam Davies, the Wales international keeper who was back in the Stoke side after a long injury.

Bluebirds’ leading scorer Kieffer Moore spurned a couple of chances after the break before Wales midfielder Joe Allen almost stole victory with a late header that hit the woodwork.

But McCarthy refused to pin any blame on Moore as City saw Middlesbrough leapfrog over them into eighth place.

“He has had the best of the chances,” McCarthy said. “But he has been brilliant for us.

“Sometimes, all great strikers go through it, it is running for you and you score your chances and sometimes you wonder how you didn’t score.

“Kieffer will be looking at that, but he has had to fight tooth and nail against their big centre-backs and he has put another great shift it.

“It just didn’t turn into goals for him today, sadly.”