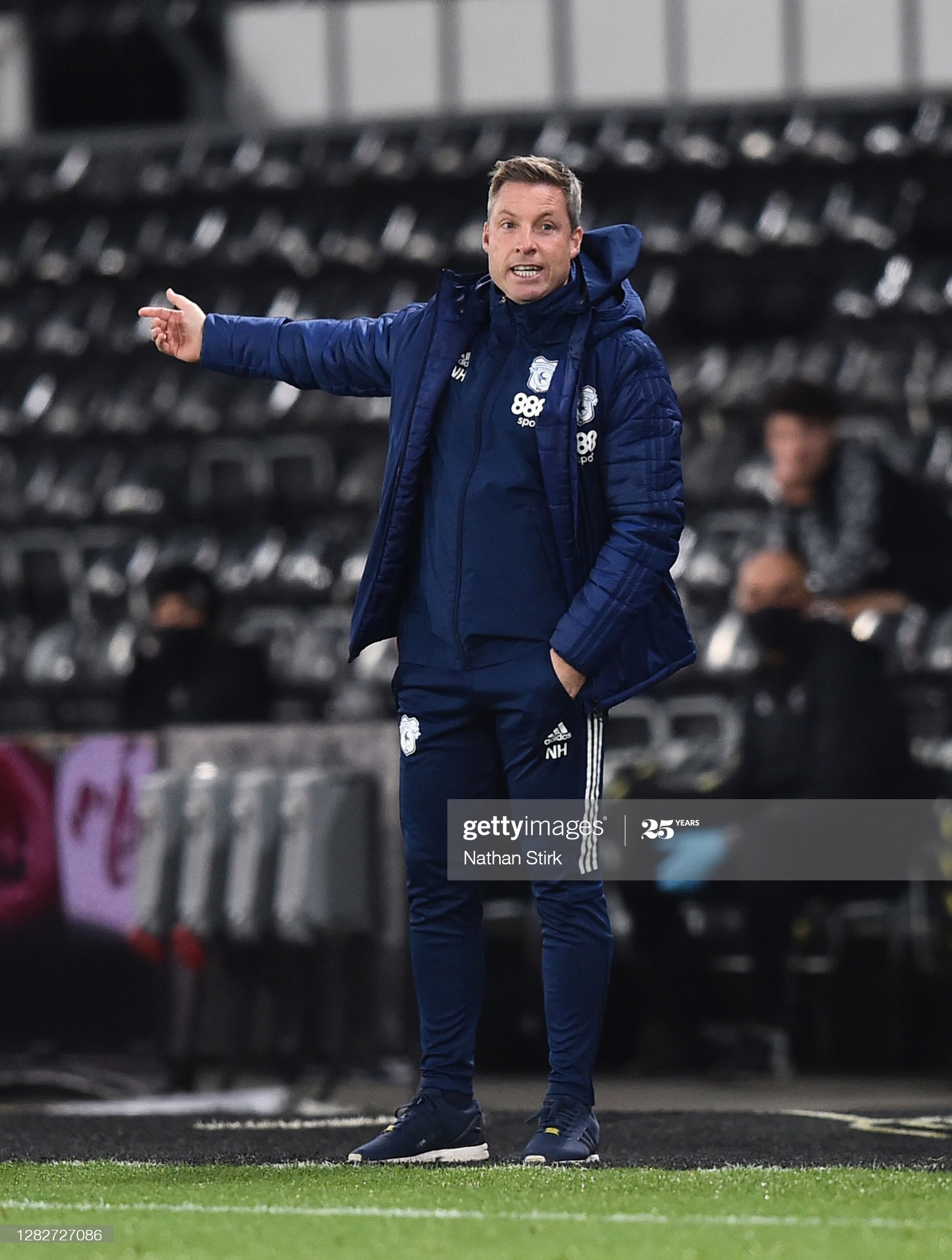 Neil Harris insists Cardiff City’s start to the season has not been a disaster – but not what he expected.

The Bluebirds boss threatened to wield the axe after Saturday’s defeat at QPR left them languishing in 17th place.

Harris insists his mood has mellowed since those harsh words but will be expecting a response from his players in Tuesday’s Championship clash with Barnsley at Cardiff City Stadium.

“I certainly wouldn’t use the word disaster,” said Harris, whose side have not won in four games. “It’s not been the start I want and probably expected.

“I certainly think that expectation levels grew and rightly so because of what we achieved last season but at the start of the season we have not been consistent and good enough and that’s the bottom line.

“We can talk about the short turnaround with the amount of games we’ve got compared to everyone else in the short space of time, players we’ve had missing.

“They are all valid reasons, but we should have had a better start than we have.”

Harris could do with a result against the Tykes with chairman Mehmet Dalman saying he expected City to be in the top six by January after backing the manager in the move for the likes of Wales international Harry Wilson.

“I speak to the board,” said Harris. “We all want to win football matches. No one is more disappointed when we don’t win than me.

“I take pride in my job and I’ve got a very privileged position at Cardiff City and I’ve come here to be successful and I want to win. I don’t need anyone reminding me of my duties at this club.

“The board have been fantastic to me, they have been supportive and continue to be supportive. The owner knows I’m a winner and a fighter and I want to do that.

“I have shown in my time here that even with a bad spell we come out the other side and quickly start to win games again and that is the aim now, starting tomorrow.”

Harris was fuming at last Saturday’s first-half performance at QPR where they trailed 2-0. Despite a second-half fightback the defeat was their first away from home.

“I’ve mellowed,’ insisted Harris. “I was disappointed with the first half an hour and there is no point in me saying we started poorly and better second half, we are finding a rhythm you can say all the right cliches.

“But if it’s not good enough you also have to be honest as well and the first half an hour wasn’t good enough.

“In my opinion, it was as bad as I have seen my team in the last twelve months.”

After the heartbreaking loss in the Play-off semi-final against Fulham, Harris believes that has had a massive effect on players and could be the reason for their poor start of the season.

He added: “We’ve probably underestimated the disappointment of last year losing to Fulham probably in the short turnaround.

“The mix of players going and coming in and settling in the group in the short turnaround. I can’t say exactly why we’ve gone behind in so many games, it’s certainly a mentality one.”

City have yet to win a game at home this season from their opening four games – a run not seen since 1994-95 where they were winless in their opening five games.

Barnsley haven’t won a game on the road yet this season but are on the same points as the Bluebirds in the table.

“A young side. Athleticism and legs,” said Harris of Barnsley. “They press very high and hard.

“I went up to Barnsley to watch them against QPR, the game changed on a red card.

“It’ll be a tough challenge, I enjoy watching them play. It’s about how my players respond. I want to see the second-half performance against QPR, not the first.”

City have lost just one of their last 12 league games against Barnsley and could be boosted by the return of Robert Glatzel and Harry Wilson.

Glatzel missed the QPR defeat through illness while loan signing Wilson has been sidelined for the last two games by a thigh injury.

“Fitness wise, a few bumps and bruises from a physical encounter on Saturday, we hope to have a couple of players back into the squad,” added Harris.

“Robert Glatzel has trained today which is good after his illness on the weekend. Harry Wilson will be a late call as well, whether we will get him back tomorrow or not.

“If he is available, It’ll be a big bonus for us. You want your quality available, he brought a real buzz and real quality which was probably missing.”

Cardiff will also have the defensive option of Filip Benković as the loan signing from Leicester returned to action playing with the under 23 to get his match fitness back up to speed.

“Yeah, good. He has trained today, topped up his minutes. It’s just a question of when he comes into the group. Whether I feel I need that extra defensive cover.

“I need to make sure I’ve got experience, covering options in different positions. But Benko is now fit and available if I want to select him.”