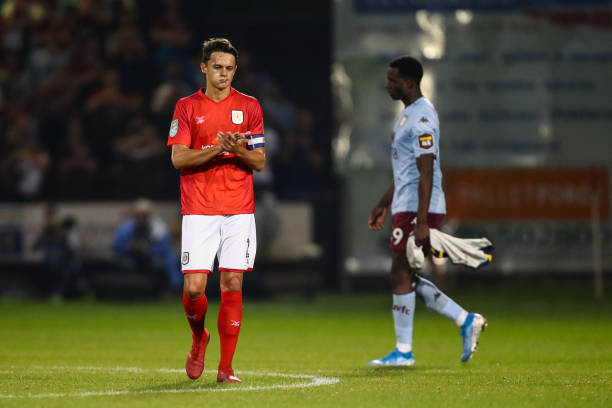 Neil Harris admits he wants to bolster his Cardiff City squad with a trio of new players as he battels a defensive crisis for Saturday’s FA Cup trip to Nottingham Forest.

High on The Bluebirds boss’s priority list is a right-back with Jordi Osei-Tutu out injured.

City have been linked with Crewe Alexandra captain Perry Ng and Harris refused to rule out a move for the defender as he looks to bolster his resources.

“It’s a player I know and we have watched,” said under-pressure Harris of Ng.

“So I can’t deny knowledge of the player. At the moment, though, that’s as far as it’s gone.

“We have made enquiries about players. I’ve watched a lot of players over the last six weeks. Thinking about the transfer window, there are areas I’d certainly like to strengthen.

“Right-back is one that’s well documented with the loss of Jordi. Cover that we couldn’t get at the end of the transfer window.

Whether he gets the three players he wants in the transfer window as he battles to save his job remains to be seen, but he expects more movement after the FA Cup games are completed.

“January’s always a reactive window,” added Harris, who will be banned from the touchline at Forest following his sending off in the defeat at Wycombe.

“There’s players we’ve enquired about at other clubs that perhaps haven’t played a lot of football coming into this weekend, but now all of a sudden they’re in line for a start because it’s the FA Cup.

“So that’s probably why there’s not been a lot of movement before this weekend in this league or the Premier League.

“We need to add to the ranks, definitely. Strength in-depth and to just freshen up as well. It always spurs people on.

“We’re doing due diligence. The board have been massively supportive. I have to be patient and accept there’s a lot of dead ends at the moment because players are being picked for this weekend.”

Of more immediate concern is finding a defensive partner for Curtis Nelson for the weekend.

“I haven’t spoken to the board since I came off the training pitch.

Skipper Sean Morrison is ruled out after the injury suffered at Wycombe, though he could be back training soon, Sol Bamba struggling with an ankle injury and Aiden Flint only just getting back to training after a hamstring operation.

Filip Benkovic’s recall by Leicester City this week from his loan stint added further complications to Harris’ defensive difficulties. It means the Bluebirds boss is going to have to use a makeshift centre back to play alongside Nelson.

“People have to step up and step out of their comfort zone. It’s time to stand up and be counted,” said Harris.

“We have players who have played in that position in their career in Greg Cunningham, Will Vaulks and Joe Bennett. The news on Sean Morrison is better than we first feared and we hope to have him back in the group next week.”

“Our game being postponed at Rotherham last weekend will mean we haven’t played for 12 days since losing at Wycombe.

“That has meant we’ve had some extra time on the training pitch, but we’ve got a lot of injuries,” said Harris.

“But it’s a game we want to win and it’s important for the players because results tend to flow after a good cup win. It can give you momentum.”