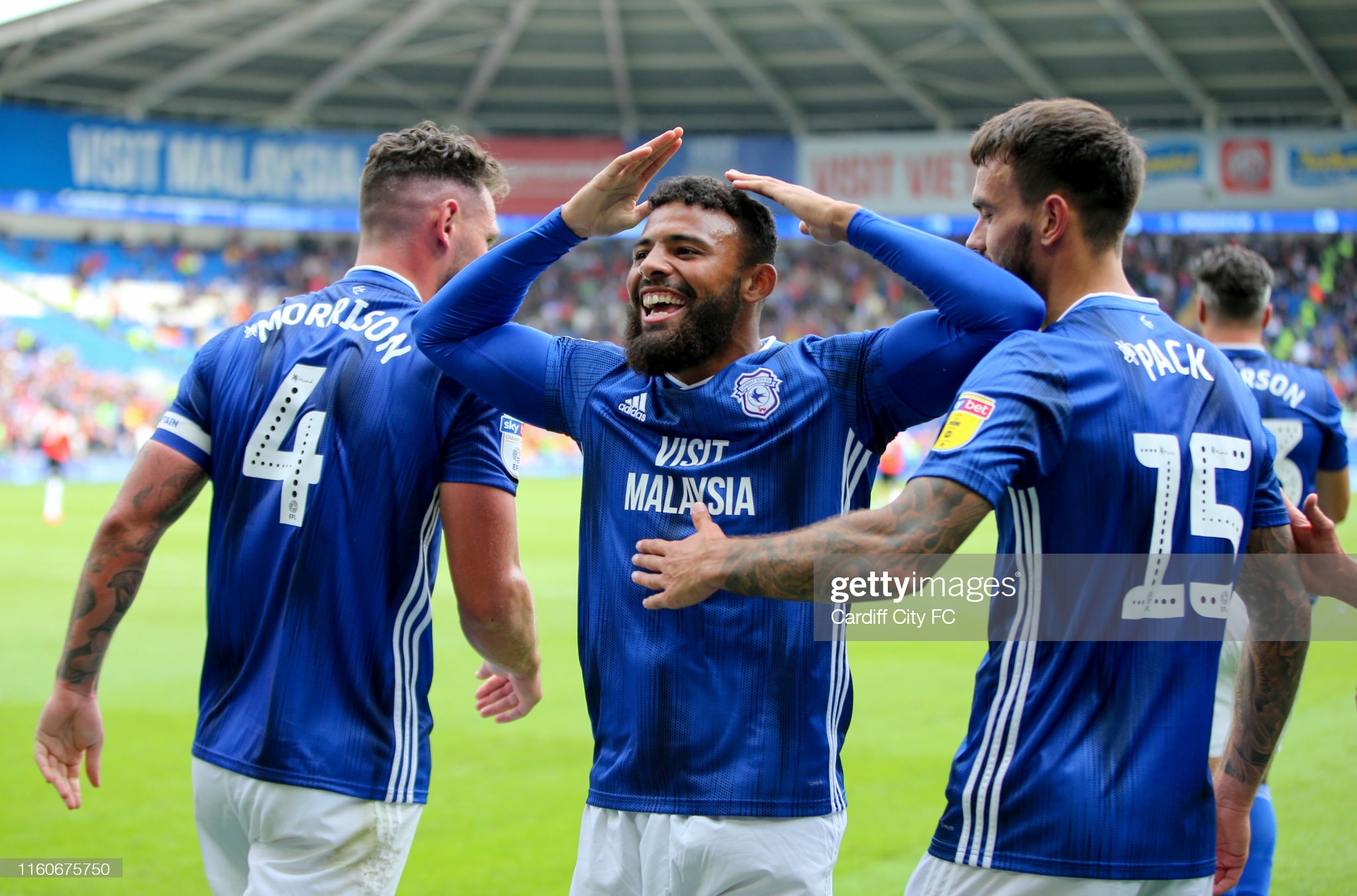 Vassell reminded McCarthy – as well as Bluebirds supporters – that he remains a valuable option for the club next season with a goal in the 5-0 pre-season friendly win at Bath City.

It was Vassell’s first appearance in a Cardiff first team shirt for almost two years after a string of injury problems since he joined the club from Birmingham City in 2019.

“He’s been out for two years so it was lovely to see him back playing,” said McCarthy.

“He’s nowhere near his former self as of yet. I’ve just said to him, it doesn’t matter about the football for now. It’s about the physicality.

“If he can get back to the physical specimen he was when he came here, that’ll be brilliant.

“Let’s get back to that first, and his football will come. It can’t work the other way. He looked good today and I’m pleased with him.”

Vassell, 27, had last played for Cardiff in a League Cup tie against Luton Town in August 2019.

Since then he has suffered serious thigh muscle and foot injuries that have kept him sidelined, which followed other injury problems during his time at Birmingham.

The last time he managed to complete double figures in appearances in a single season was when he was with Luton back in 2016-17.

As well as Vassell, James Collins (two), Oliver Denham and Isaak Davies also got on the scoresheet at Twerton Park.

McCarthy fielded two different teams in either half of the fixture against the National league South opposition and watched his players score four times before the break, but only once after.

He added: “I thought first half we overran them a little bit. Second half, they put it up to us. They probably had as many, if not more shots at goal.

🗣 “We’ve been in for two weeks and I’ve been impressed with them. They’ve had a good pre-season so far and this has been a positive run out.”

“I would’ve expected a reaction from them at half-time and for our lads coming on it was going to be difficult to replicate the first half, but they’ve all had a run around.

“They’ve all made contact. They’ve all had tackles and have been doing football things that you just don’t do keeping fit. So, it was good to get back into it.

“We’ve been in for two weeks and I’ve been impressed with them. They’ve had a good pre-season so far and this has been a positive run out.”

Cardiff now play Cambridge United at Leckwith Stadium on Saturday, Jul17 before taking on Exeter City the following Saturday at the same venue.