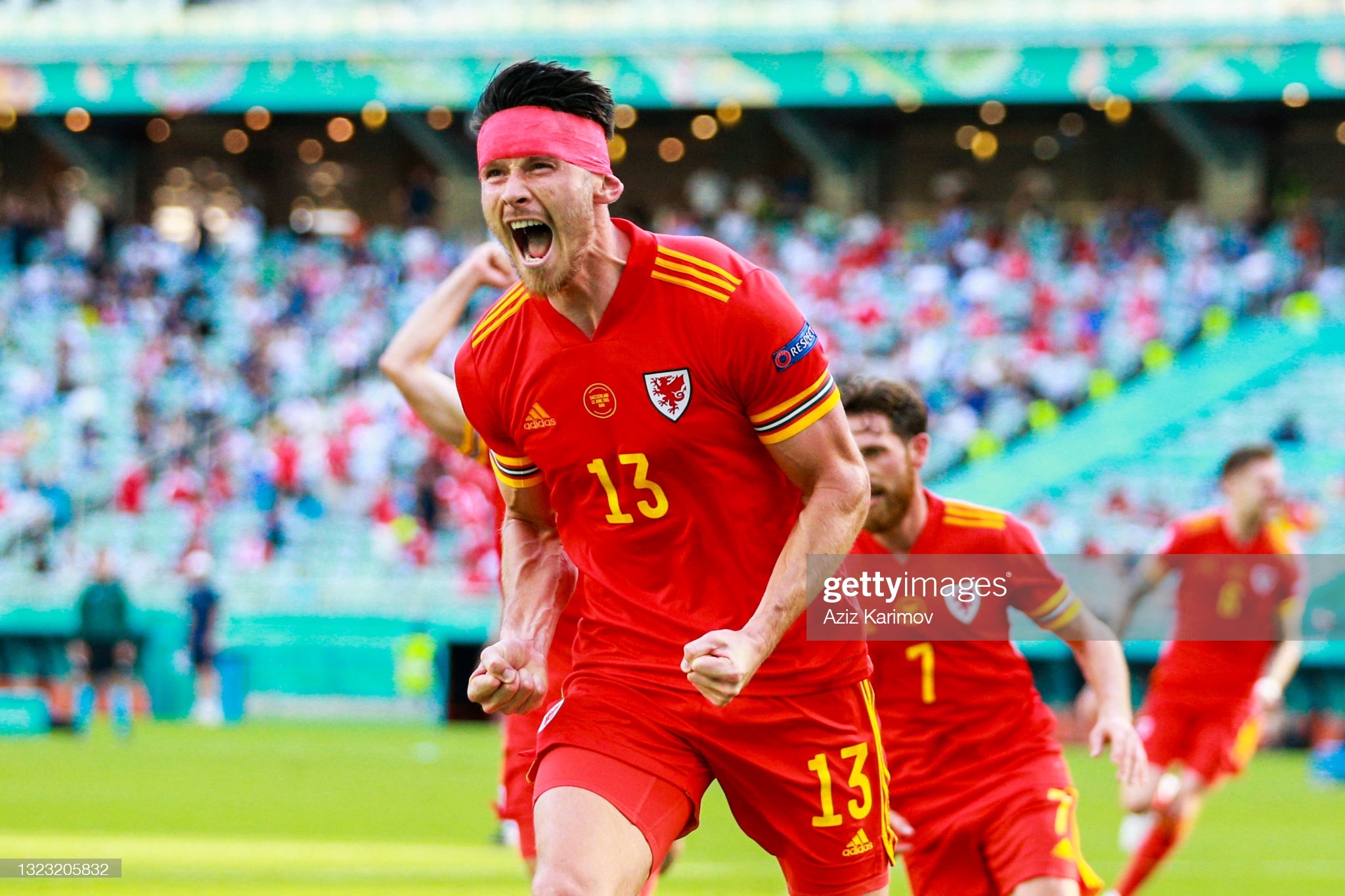 Without injured Gareth Bale, Welsh hopes of goals in the Czech Republic on Friday night may well rest on the shoulders of Kieffer Moore. The Cardiff City striker has hardly enjoyed a prolific start to the season but Wales manager Rob Page insists he has kept faith, as he tells Graham Thomas.

Kieffer Moore has been backed to rediscover his goalscoring touch by helping Wales move a step nearer World Cup qualification on Friday night.

The Cardiff City striker has endured a lean season so far, with just one goal in 13 matches for his club following his 24 goals for club and country last season.

His last goal for his country came during the delayed finals of Euro 2020 this summer, when his header earned a 1-1 draw in Wales’ opening match against Switzerland.

But as Wales prepare to take on the Czech Republic in a vital World Cup qualifier in Prague – a tie that is live on S4C – manager Rob Page insists he retains faith in Moore and believes he is over his Covid-related problems.

The 6ft 7in front man suffered with the virus immediately after the Euro finals this summer and then missed out for his country in September after being identified as a close contact of squad keeper Adam Davies.

But Page – who is ready without Gareth Bale and David Brooks as options to pick up front – believes Moore is now to deliver if called upon against the Czechs.

“There have been outside factors regarding Kieffer and his record this season,” says Page.

“He has not had a clear run through pre-season, he has been affected two or three times by Covid and had to isolate and miss training etc.

“When you do that to any player it is going to affect their performance. So, I’m not overly concerned about that.

“He is getting back up to speed now. He’s played more minutes in the last couple of weeks for Cardiff than he had done before all season.

“We know he’s a threat and he’s a goalscorer, one of our main goalscorers and threats, and a big part of what we want to do moving forward.

“He’ll get better and better as the days go on.”

As well as being without Bale for their tie in Prague and Monday’s trip to Estonia, Wales caretaker boss Page has also seen Brooks, Ben Davies, Rhys Norrington-Davies and Tom Lockyer withdraw from his squad through injury and illness.

Page has already stated that Wales – who are third in Group E, level on points with the Czechs but with a game in hand – cannot afford to feel sorry about absences.

It might, however, mean a change in formation or tactical shape as they try to make do without their talisman and main scoring threat.

Last month’s goalless home draw against Estonia was the fourth time in five games that Wales had failed to score – the sequence only broken by Bale’s match-winning hat-trick in Belarus.

Page adds: “Without Gareth, if we want to keep the same shape, we can go like-for like. But we have one eye on the opposition.

“We want to go and win the game, so we will pick a team that we think can go on and do that.

“Whether we change formation or not is something that we’ll have a look at.”

A victory over the Czechs would take Wales a long way towards securing second spot and that should be enough to give them a home tie in the March play-offs rather than playing away.

The availability of Ramsey, who has been rarely seen in a Juventus shirt this season is a rare piece of good news for Page, as is the return to fitness of full-back Connor Roberts after his move from Swansea City to Burnley.

Roberts says: “I know my body and I know what type of person I am. I feel pretty much 100 per cent ready to go, ready to play my part.”

Roberts is also convinced Ramsey can once again prove a major influence.

“He’s missed the odd camp here and there, but you’ve seen at the Euros, the Turkey game, when he was there, when he’s firing and playing for Wales, he’s one of the best about.

“Hopefully, he can play for us on Friday, and we can get him on the ball and he can show us what he’s all about again and carry us to a good result.”

Live coverage of the World Cup qualifier between the Czech Republic and Wales, from Prague.