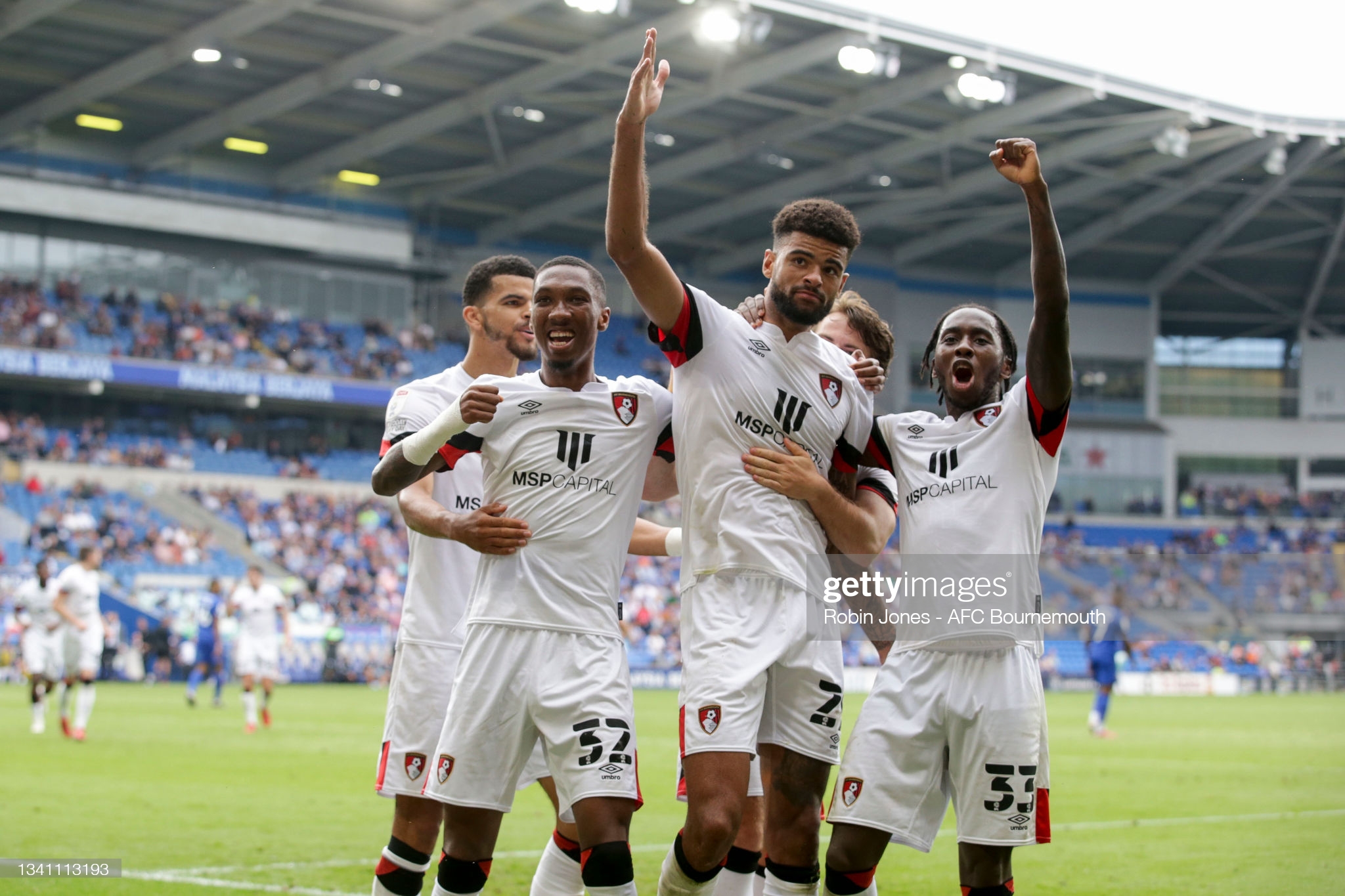 Mick McCarthy has claimed Bournemouth are the “almost perfect” Championship team after his Cardiff City side fell to a subdued 1-0 defeat to the Cherries.

It was a third defeat in four league games for the Bluebirds who spent most of the match chasing the ball and only came to life in the late stages.

The victory moved Bournemouth to the top of the table and McCarthy was eager to lavish praise on the visitors, even though three other clubs have held them to draws in their eight games so far.

“They are an almost perfect Championship team, they’re athletic and they have good footballers, they’re big and powerful and they can play so it was always going to be a tough one for us,” said McCarthy.

“For 55 minutes I was delighted with how we set up to frustrate them. We blinked once, they played through us and we’ve been done.

“But in fairness to the lads, they kept going and fought until the end which I can’t fault.

“Our only problem is that even though we managed to stop them, we created very little until the end of the game.”

Cardiff have dropped to 10th in the table and the defeat was their fourth in five games in all competitions.

McCarthy has had to contend with injuries and illness in recent weeks, but insists his team are capable of stopping the slide.

“We’ve got very good senior pros who are very close and stick together and that will be the case,” he added.

“We won’t drop our heads, and we’ll be consistent in our behaviour.”

Bournemouth dominated 72 per cent of possession but failed to break through the Cardiff defence in the opening 45 minutes.

But  Denmark midfielder Philip Billing struck in the 54th minute to continue Bournemouth’s unbeaten start to the season.

McCarthy claimed there should have been a red card when Jefferson Lerma slid in late on defender Ciaron Brown, but referee Joshua Smith chose to show the Bournemouth midfielder yellow.

“It’s a red card in my mind, he’s gone over the ball and when they see that on the video they will agree with me.

“The referee made his decision, I’m not complaining, we all get things wrong, but it’s not easy when you concede afterwards.”

It’s lovely having youth brought into the side and all, but I don’t want Mick McCarthy anywhere near them. Coaching them to hoof the ball at the moon is not good for their development #CardiffCity #bluebirds

The victory saw Bournemouth leapfrog Fulham into top spot, and manager Scott Parker believes the 25-year-old Billing  has grown into a key player for his side.

“I am delighted for Phil,” said Parker. “We have been working hard on his game and there are unseen aspects that are now working very well. He has matured.

“In the past, I saw a player who could float in and out of games and maybe could go missing at times.

“Now, I think he is superb. We know what you get with him technically, but he also now ticks all the boxes when it comes to his defensive work and his understanding of the team dynamics.

“This was a massive result and it brought to an end a huge week for us with three wins. I thought we were superb today and looked every bit a top side.

“We were up against a big, physical side who deliver long throws and who can cause you massive problems. I asked my players to be brave and they were.”

Only late on did the Cherries appear remotely vulnerable, when Cardiff finally managed to whip up a head of steam as they bombarded the visitors’ box from long range.

But an offside flag had already been raised when Sean Morrison’s header struck the bar, substitute James Collins headed over, and when Kieffer Moore hit the deck it seemed to have little to do with any Bournemouth defender.