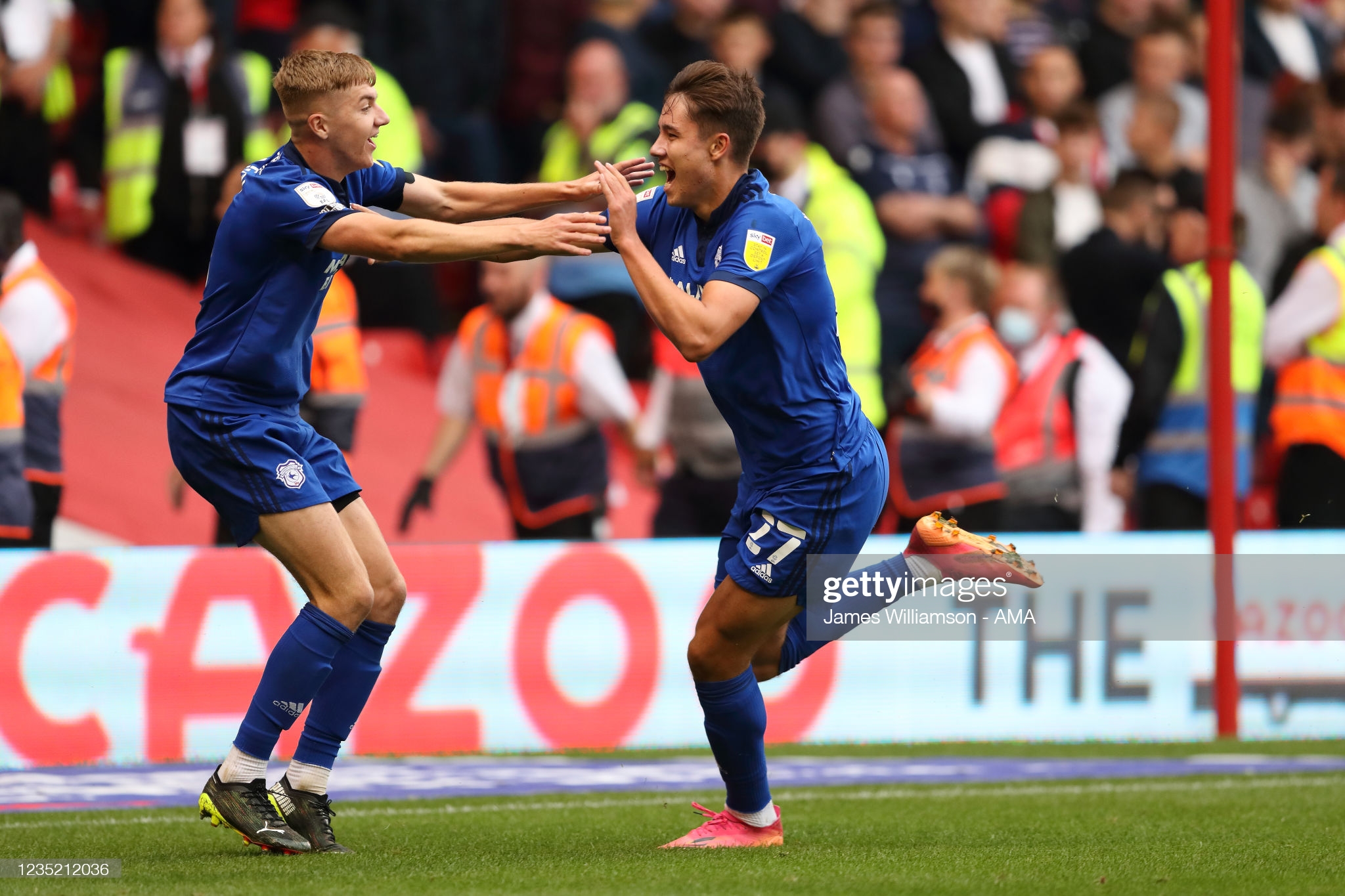 Rubin Colwill may have gone from hero to zero in the space of four days crazy days in the Championship, but Marlon Pack is still backing him and Cardiff City’s other youngsters to come good this season.

The teenage Welsh international striker came on at the CityGround last Sunday and not only scored within a minute to notch his first senior goal, but then grabbed a superb second to earn his side a 2-1 win over Nottingham Forest.

As the fans chanted his name after the game it became an even more memorable moment for the young striker.

It earned him a start at Coventry on Wednesday night, but he lasted only 45 minutes before being hauled off along with Mark Harris by manager Mick McCarthy.

City lost 1-0 and now face unbeaten Bournemouth today in an even tougher test as they attempt to stay in touching distance of the top six.

“It’s a fantastic time to be a young player at Cardiff City at the moment because there are opportunities to play and the manager isn’t afraid to give you a chance,” said Pack.

“They deserve to be where they are and it’s down to us to give them the platform to go on and perform. On Wednesday night we put an arm around them when things didn’t go so well.

“It is the trials and tribulations of the Championship and I think Rubin will have learned more from Wednesday night than he would have done from Sunday.”

Colwill and Harris have not only broken into the first-team at Cardiff, but also made their full Wales debuts.

Sam Bowen and Kieran Evans are also starting to make the grade, along with Joel Bagan, and Pack has been particularly impressed with midfield colleague Bowen.

“We play a game of ‘Young v Old’ every Friday in training and Sam has been the stand out player for the youngsters with his mobility and pressing,” said Pack.

“First and foremost they are all brilliant lads with an eagerness to learn and a willingness to put their heads down and graft. The future is bright and full credit to them for taking their chances.

“I’ve been hooked before half-time in my career, but probably more because I might have been sent off than anything else. It will be a good test of their character.

“At Championship level you don’t just turn up and score two goals and then expect to score two more in the next game. It doesn’t happen like that and it will be such an education and learning curve for Rubin.

“He has a lot of ability and is one of the best I’ve worked with for his age. He is level headed and he will have a bit of hunger to go and perform again.

“It won’t have been the worst thing to happen to him or Mark. It will add a bit of steel to their characters and performances.”

McCarthy wants his youngsters, and his whole squad to “recover, recoup and crack on” for this weekend.

Joe Ralls, with a groin injury, and Ryan Giles, with a second bout of COVID despite being doubled jabbed, were both missing in the midweek and will also miss the Bournemouth clash.

He bagged our last goal at the Cardiff City Stadium pic.twitter.com/bgyui2aDfY

Having watched Scott Parker’s side against QPR he knows what to expect when they bring their seven-match unbeaten run to the Welsh capital.

“They are going to play like Fulham and we all know what they did. Bournemouth still have a lot of players who played in the Premiership and it will be a really tough test for us,” said McCarthy.

“We have to respect the level of quality they have and go out and distress them with what we can do. Bournemouth will certainly be up there at the end of the season, but so too will Coventry.”