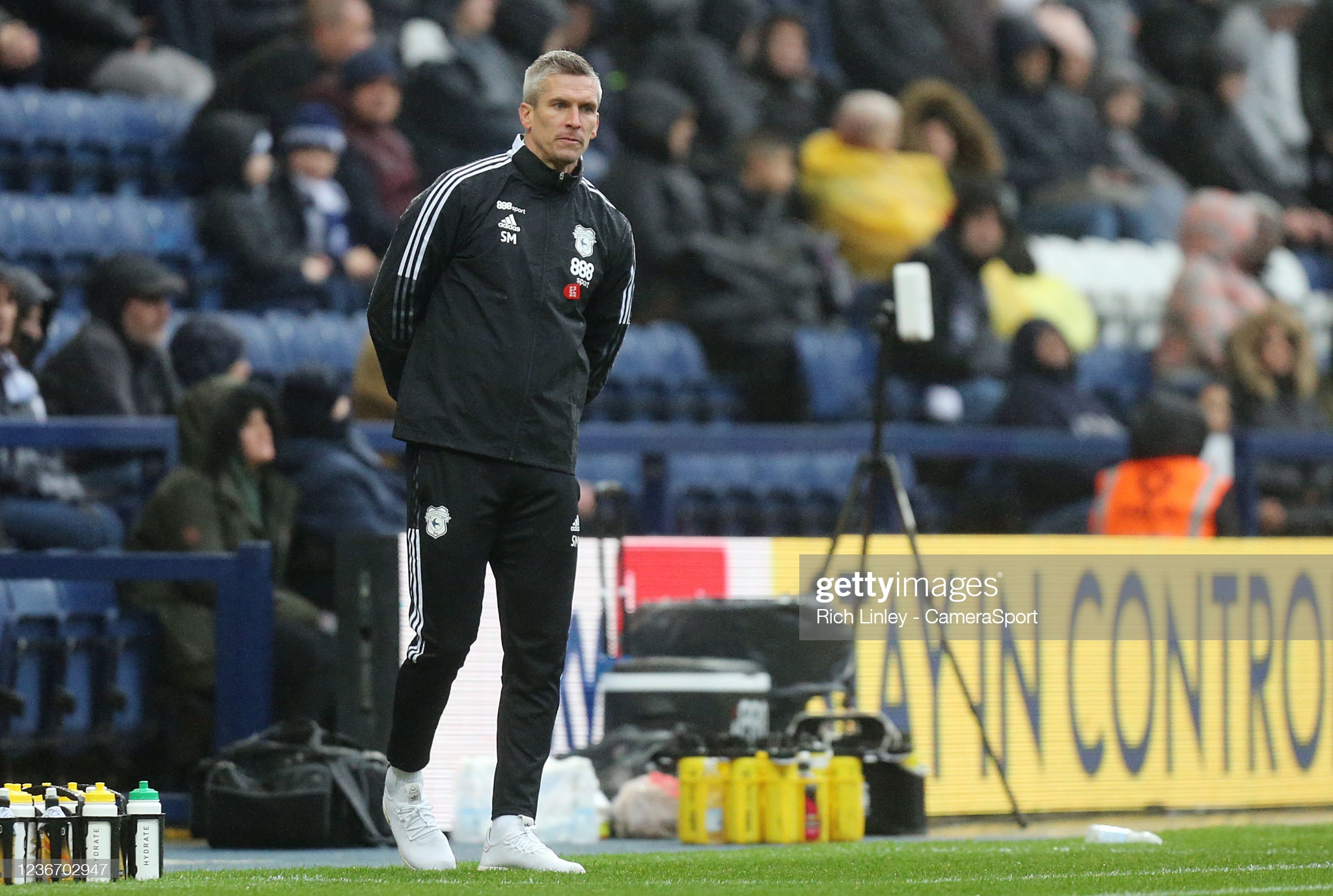 Steve Morison has revealed he had foretold that James Collins could be Cardiff City’s secret weapon.

The new Bluebirds manager made it back-to-back Championship victories after Collins came off the bench to clinch a much-needed 2-1 victory over Preston.

The victory – just Cardiff’s fourth in the league all season – lifts them up to 19th in the Championship, two places and three points above the relegation zone.

It was Collins’ first goal of the season in his 20th appearance since his move from Luton and Morison admitted he wanted to use the striker as an impact player, rather than a starter.

“I spoke to him on Thursday and said to him ‘I know you are desperate to start’,” said Morison.

“I could see him making an impact, so I would rather bring him on and see the game out than start him and bring the younger lads on at the death to see the game out. It worked – the conversations are good.

“You let them know exactly what you are thinking with the plans.

“Bad start, great end. I can’t believe that you work all week for something and then after 90 seconds you are one-nil down. It was tough.

“We changed the shape just before half-time and it helped us massively and then there was a great reaction from the lads in the second half.”

Preston went ahead when Sean Maguire popped up at the far post to steer the ball home.

Collins replaced Chanka Zimba at half-time for Cardiff and made an immediate impact.

Will Vaulks swung a free-kick into the penalty area and Mark McGuinness wanted it more than the Preston defenders, beating Daniel Iversen with a downward header.

Then, from a corner, Collins’ header found the back of the net, right in front of the delirious away fans.

Preston’s Frankie McAvoy said: “We did not defend our box well enough in the second half.

“Set plays are a big thing for Cardiff. We worked on it, we set it up to defend our box well. The first half we did it, the second half they brought on James Collins and that changed it for them a bit.

“They started to put a bit of directness towards our goal and we conceded two set-plays.

“In the main we’ve been really good at it and now I’m so disappointed having just seen the two goals back.

“We tried to change it to get ourselves back into the game but unfortunately we didn’t do enough so I’m bitterly disappointed.

“We were winning the game and we should be going off not having conceded the two goals. Unfortunately, we are.”