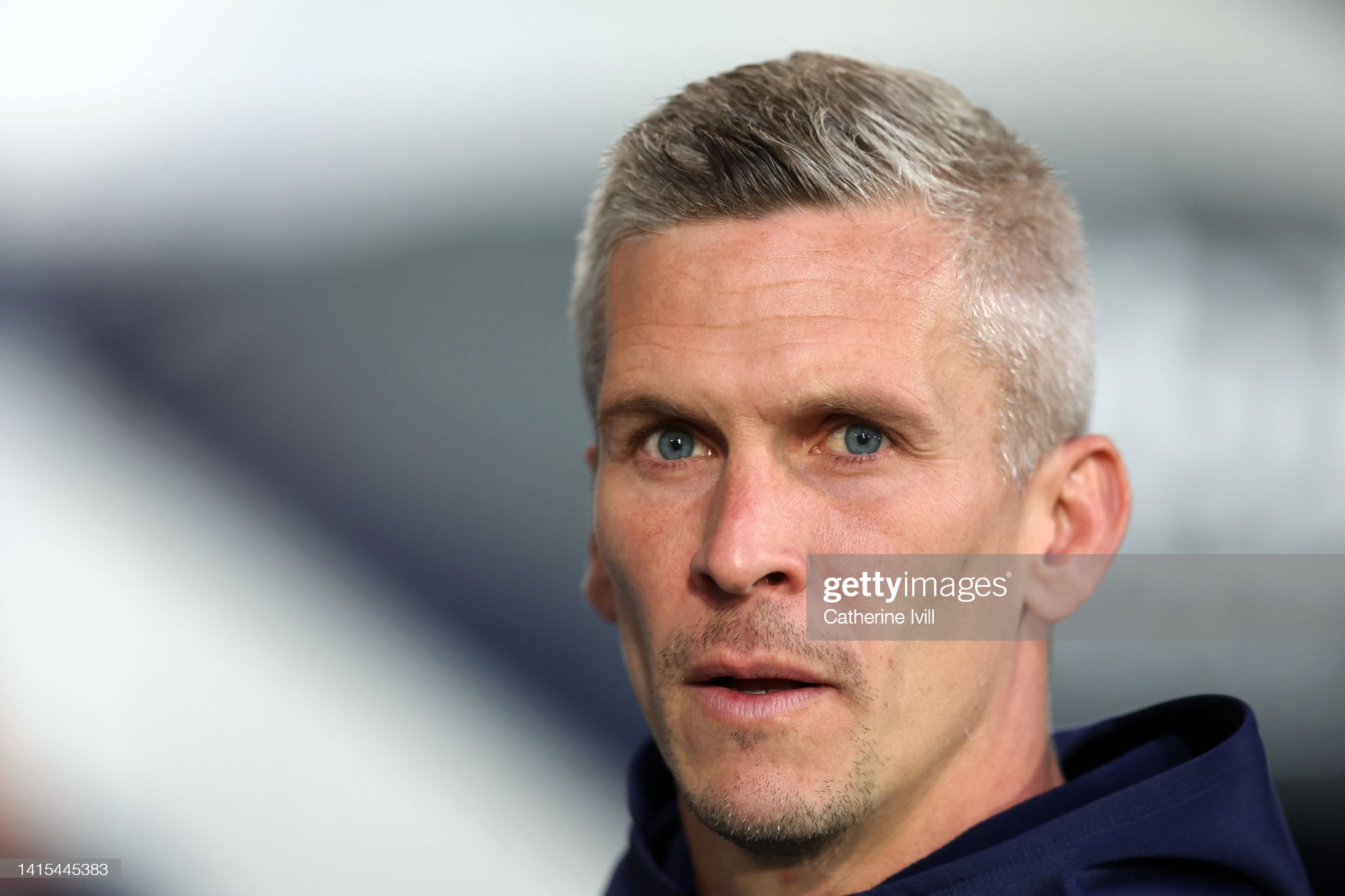 Steve Morison insists Cardiff City took just rewards with their victory at Middlesbrough, claiming the first away win of the season was built on solid form.

The Bluebirds repelled Middlesbrough’s second-half comeback to claim a 3-2 victory at the Riverside on Tuesday night.

Morison’s side looked to be strolling to all three points as they claimed a three-goal lead at the interval thanks to strikes from Callum O’Dowda, Mark Harris and Perry Ng.

But Boro rallied after the break, scoring two goals in a minute through Duncan Watmore and Rodrigo Muniz, but despite some late pressure from the Teessiders, Cardiff held on to claim a deserved success.

The win has lifted  Cardiff to 14th in the Championship table, three points off the play-off places but with most clubs above them having a game in hand.

“I’ve sat in front of you this year when we’ve played well and lost the game,” said Morison in his post-match press conference.

“Tonight, we were excellent and we won the game, so I’m really pleased.”

It was a first win in five games for Morison and although his side had to hang on through some edgy moment, he insisted: “We’re not Manchester City – we’re never going to dominate a game for 90 minutes.

“It was always going to be a different game in the second half, they were going to throw caution to the wind, but we were excellent in the first half.

“We had players who were having their first game in a while, so they were going to fatigue, and that happened.

“They (Middlesbrough) got two goals in quick succession, but we made a couple of changes to steady the ship and go and win the game.

“We dominated the game without the ball for long spells. We knew we could hurt them if we pressed at the right times and it was all about taking our chances when we got them.

“We did that in the first half and unless you’re a top, top team then it’s just human nature to get a bit nervy and start defending a bit more.”

Until this victory, Cardiff had only scored four goals in their opening eight matches, but that all changed as O’Dowda set them on their way.

New signing Callum Robinson sent O’Dowda racing clear down the left-hand side with a superb pass and, after advancing into the area, the Bluebirds winger slotted a slick low finish through the legs of Middlesbrough goalkeeper Liam Roberts.

Harris’ back-post header was saved by Roberts in the 13th minute but when the striker was presented with another opportunity seven minutes later he was not found wanting.

Jonny Howson paid the penalty for dawdling on the ball deep in his own half, with Andy Rinomhota seizing possession. Robinson rolled the ball into Harris’ path 20 yards out and the 23-year-old rifled a superb finish into the top right-hand corner.

Cardiff went 3-0 ahead on the stroke of the break. Ng played a one-two with Rinomhota and, after strolling past Matt Clarke and Dael Fry, the defender stroked a composed finish into the far corner.

Boro manager Chris Wilder made three changes in an attempt to change thing in the second half and the Teessiders gave themselves a chance with two goals in the space of a minute.

Watmore scored the first in the 76th minute, with the substitute slotting home an angled finish after a pass from Isaiah Jones.

Less than 60 seconds later Muniz set up a grandstand finish as he leapt between two Cardiff defenders to head home Anfernee Dijksteel’s cross, but it proved to be in vain for struggling Boro.

Wilder said: “The defending was terrible. We were playing a team that weren’t on a great run and we wanted to get out of the traps, but we certainly didn’t do that.

“We made a fabulous fast start against Sunderland, where our intensity and decision-making were good, but the decision-making tonight, for all three goals, was really poor.

“If you give a team that’s struggling a bit of a leg-up, then they fancy it. I think we would have fancied it if we’d been handed three goals on a plate, because that’s what happened.”