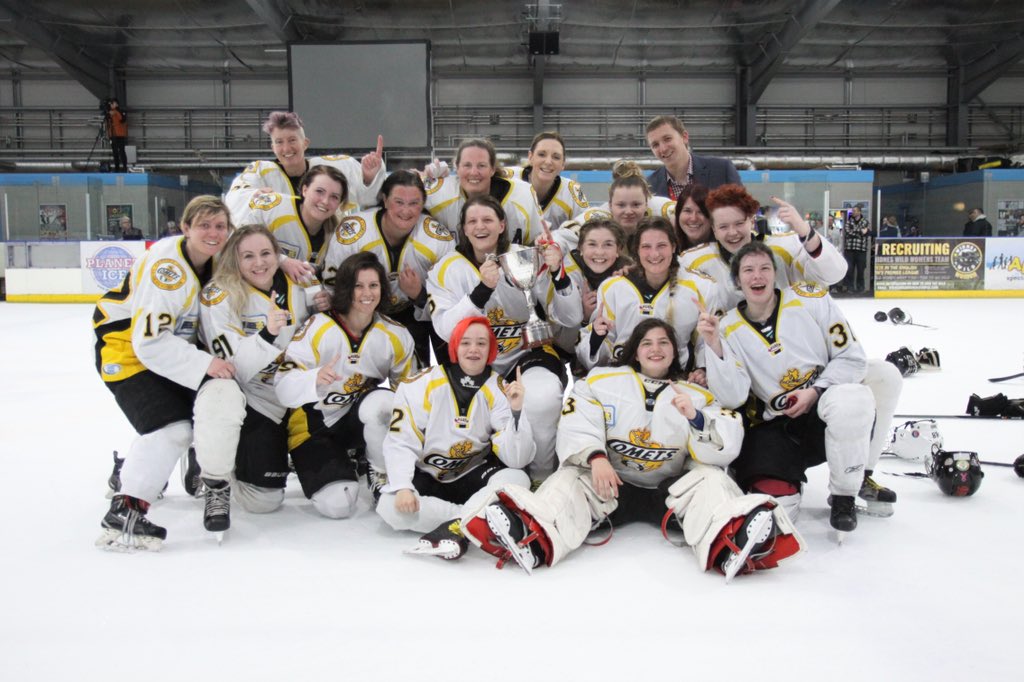 Cardiff Comets have been promoted to the Women’s Ice Hockey Premier League for the first time in 10 years.

The Comets, Wales’ only women’s ice hockey team, clinched promotion after winning the Division One play-offs with a stunning victory over the favourites.

Finishing second in the league earned qualification for the play-offs where they faced Northern Division One League winners Telford Wrekin Raiders in the semi-finals.

The Comets triumphed 1-0 to set-up a final clash against favourites Swindon Topcats who had finished first in the Southern Division by four points from their Welsh rivals.

Olivia Taylor netted a hat-trick with Gemma Kellond sealing the victory with the fourth goal into an empty net with a minute left in the game.

Comets netminder Mackenzie Whilding was also in excellent form with a save percentage of 94 per cent from the 37 shots against her.

And in a double boost to the club the Comets have been given a grant from Sport Wales to make ice hockey more accessible to women and younger girls in Wales and to increase female participation of all ages and abilities.

This includes supporting women to consider coaching and management courses to help secure the future of the club and the sport in general.

The Comets were formed in 1994, sharing home ice with the Cardiff Devils at The Viola Arena (previously Ice Arena Wales) in Cardiff Bay.