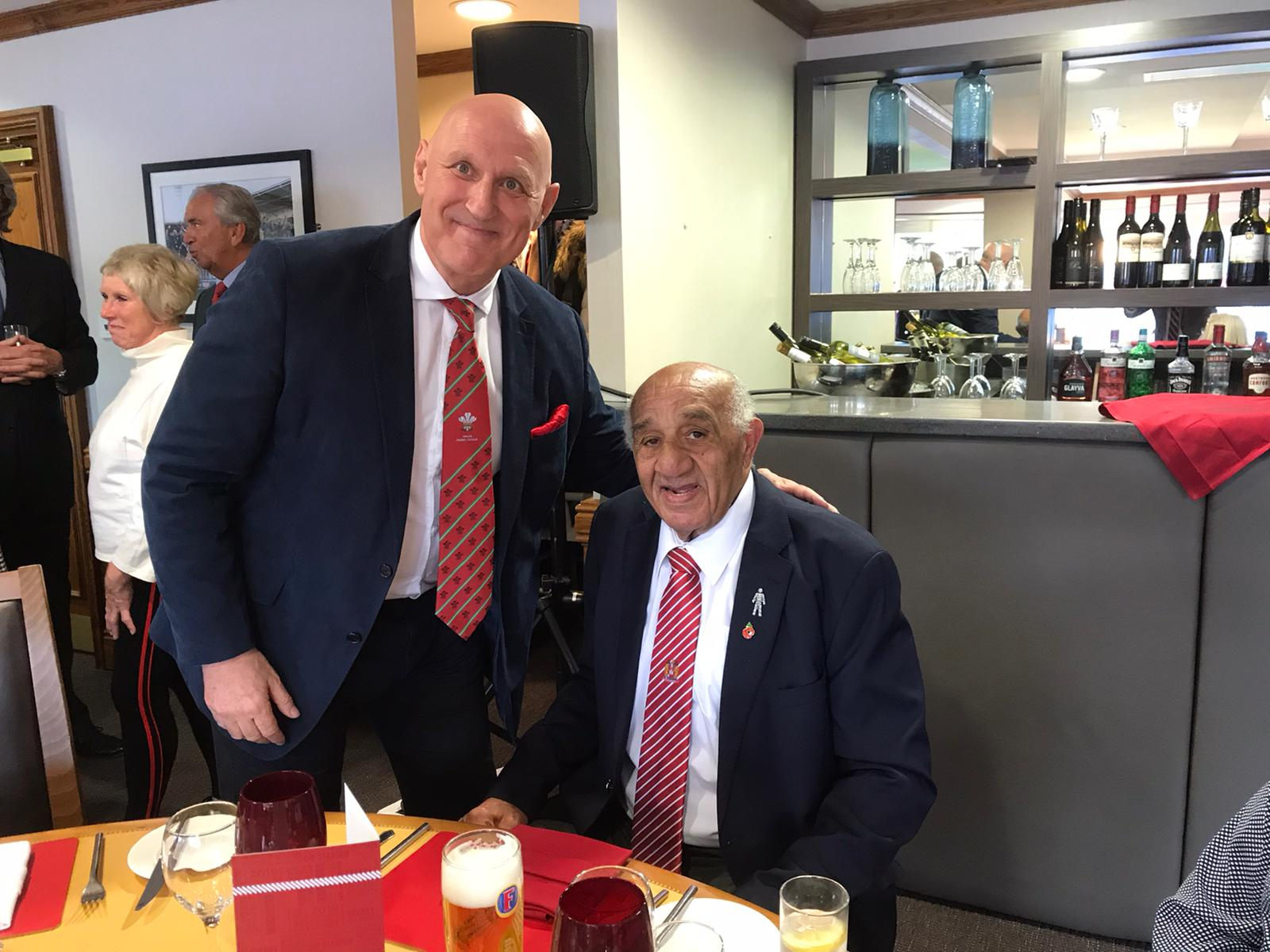 A plan to honour Rugby League greats from Cardiff is being put together by the city’s council which also hopes official recognition for talents such as Billy Boston will celebrate the capital’s diversity.

Before Rugby Union allowed the payment of players in 1995 many Welshmen were forced to head to the north of England and the 13 man code in order to be paid for their talents on the rugby pitch.

Among those to head north from Cardiff were Billy Boston, who is now 85, and still regarded as a hero at Wigan where a statue of him stands in recognition of his 571 touchdowns in 562 matches a try-scoring record unmatched in either code.

But Boston, a highly regarded teen prodigy when playing with the multi-racial CIACS club in the city’s Tiger Bay docklands was ignored by Cardiff RFC. Other black players from Butetown such as Johnny Freeman and Colin Dixon, who would also go on to great success in League, were also overlooked during the 50s and 60s.

Council leader Huw Thomas, who has announced the working group that will try and and find a way to “honour and promote” the city’s League greats, from the 1920s throught to the 1970s, said it is also hoped recognising the League legends will help celebrate the diversity of the Welsh capital.

The councillor said: “As a council we are often approached to see how the outstanding contributions made by so many of our great sportsmen and women might be celebrated. But what became obvious from the ‘Codebreakers’ programme was how the story of rugby league has largely gone unnoticed here, and what’s really fascinating is the social and racial background behind why so many players went ‘North’.

“As we all take stock to consider the Black Lives Matter campaign and examine how Wales’ Black History is reflected in our public spaces, the story of the ‘Codebreakers’ is clearly one that resonates today. Many of these incredible men were Black, and many felt they had to leave Cardiff to get an opportunity in life. They went on to become huge stars and fantastic role models, yet there is no statue or plaque in their hometown to celebrate that.

“We want to put that right, and we want to find a way to tell their stories to residents and visitors. Cardiff has always been a multi-cultural city, and that diversity needs to be celebrated. When you look at the achievements of these men it’s a crying shame that their lives aren’t celebrated openly in the city.”

Community leaders from the Cardiff Bay area, Wales Rugby League representatives and other experts will be invited by the council leader to join the group and try to find the best way to use the stories of the ‘Codebreakers’ to inspire future generations and to help to break down barriers, said the council in a statement.

Gareth Kear, chief executive of Wales Rugby League, said: “The Welsh connection with rugby league is incredible and the many great players from Cardiff who have captured the hearts and minds of fans of the sport all across the world is something we feel hasn’t been given the credit it deserves.

“We’d love to see the stories behind these global greats, potentially alongside those of men and women from other sports, brought more into the public domain to demonstrate how sport really can help to break down barriers in society.”

No firm proposals have yet been drawn up and the council has said the group will meet later this year.

The move comes as Kear and Wales Rugby League prepare for next year’s World Cup in England at which both the national men’s team and wheelchair team, that is currently ranked third in the world, will compete.

The men’s side will be based in Preston during the tournament and play the Cook Islands in their group opener at the Leigh Sports Village on October 27.

Wales will also play the fancied Tonga side, at St Helens, Merseyside, on November 1 before a tough final group game, at Doncaster’s Keepmoat Stadium, against Papua New Guinea on November 8.

The Wheelchair side, that will be based in Sheffield, where all their fixtures will be played at the English Institute of Sport, will open against France on November 12 before facing the USA and a home nations grudge match against Scotland over six days.

Lyndon Price, the Wales Wheelchair side’s assistant coach and the South and East Wales Wheelchair Rugby League insport Development Officer, is still hunting new players and has issued a call for those who’d like to play at the World Cup to make themselves known.

Price wants wheelchair athletes of any sport to get in touch with him on 07957 949224 or email lyndon.price@rugbyleague.wales.