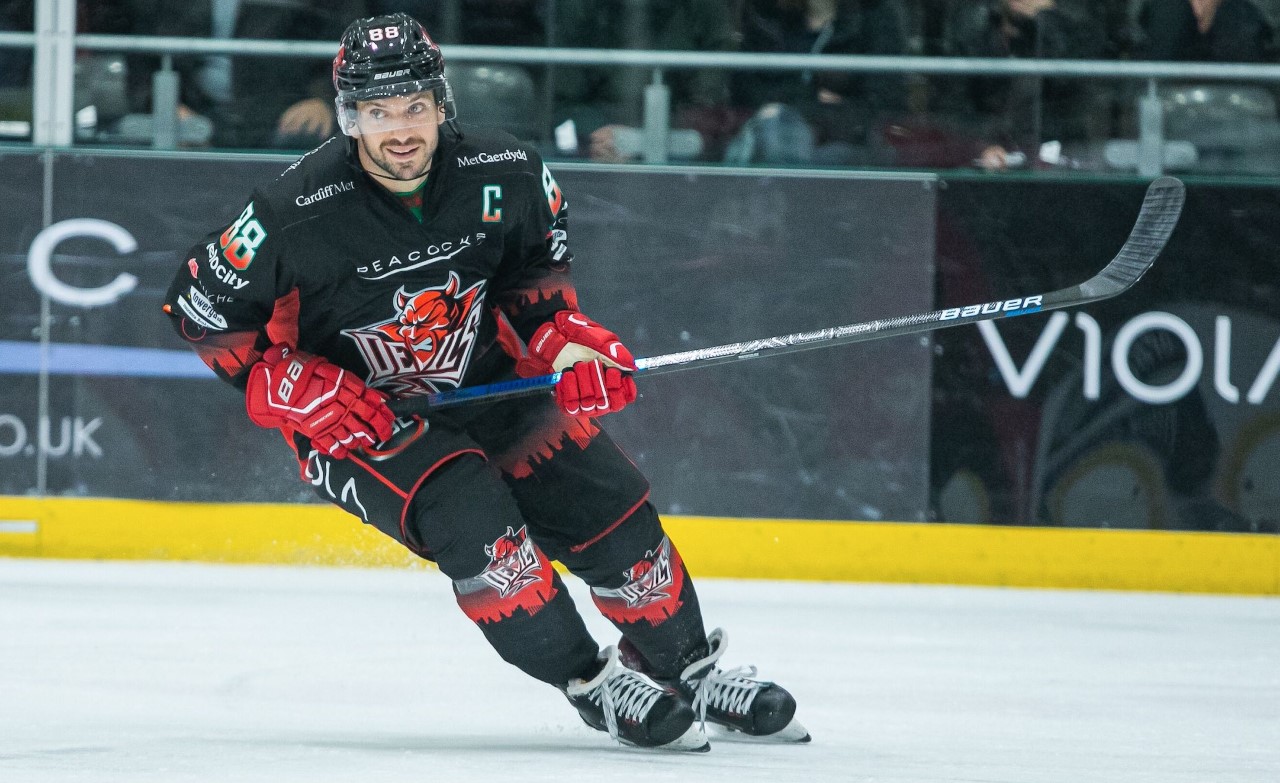 The GOAT is back with Cardiff Devils for the 2020-21 Elite League ice hockey season.

Team captain Joey Martin – nicknamed ‘Greatest Of All Time’ by Devils fans – has committed to a seventh season in Devils colours and head coach Andrew Lord says: “He has proven to be one of the top players in Britain during every single season.

“As the league grew better and better, so did Joey. His dedication and work ethic keeps him improving every year and he is a great role model on and off the ice.”

“Joey has been a huge reason why we have been able to do what we have done, over the last six seasons.”

Martin put up 52 points in 49 games in all competitions last season, finishing top points scorer for the Devils in the Challenge Cup and third for them on points in EIHL.

The centreman from Thorold, Ontario first came to South Wales following the change in ownership during 2014 when Calgary-based businessman Steve King and his consortium took charge.

Martin was named captain prior to the start of 2019-20, taking over from Jake Morissette.

That took Martin’s points tally to 433 in his 345th EIHL game, all as a Devil, beating the record previously set by Max Birbraer.

WHAT A GOAL from the Goat!

He has been an Elite League first team All-Star in five of his six years in Cardiff, winning EIHL Forward of the Year three times and being crowned with League’s Most Valuable Player Award twice.