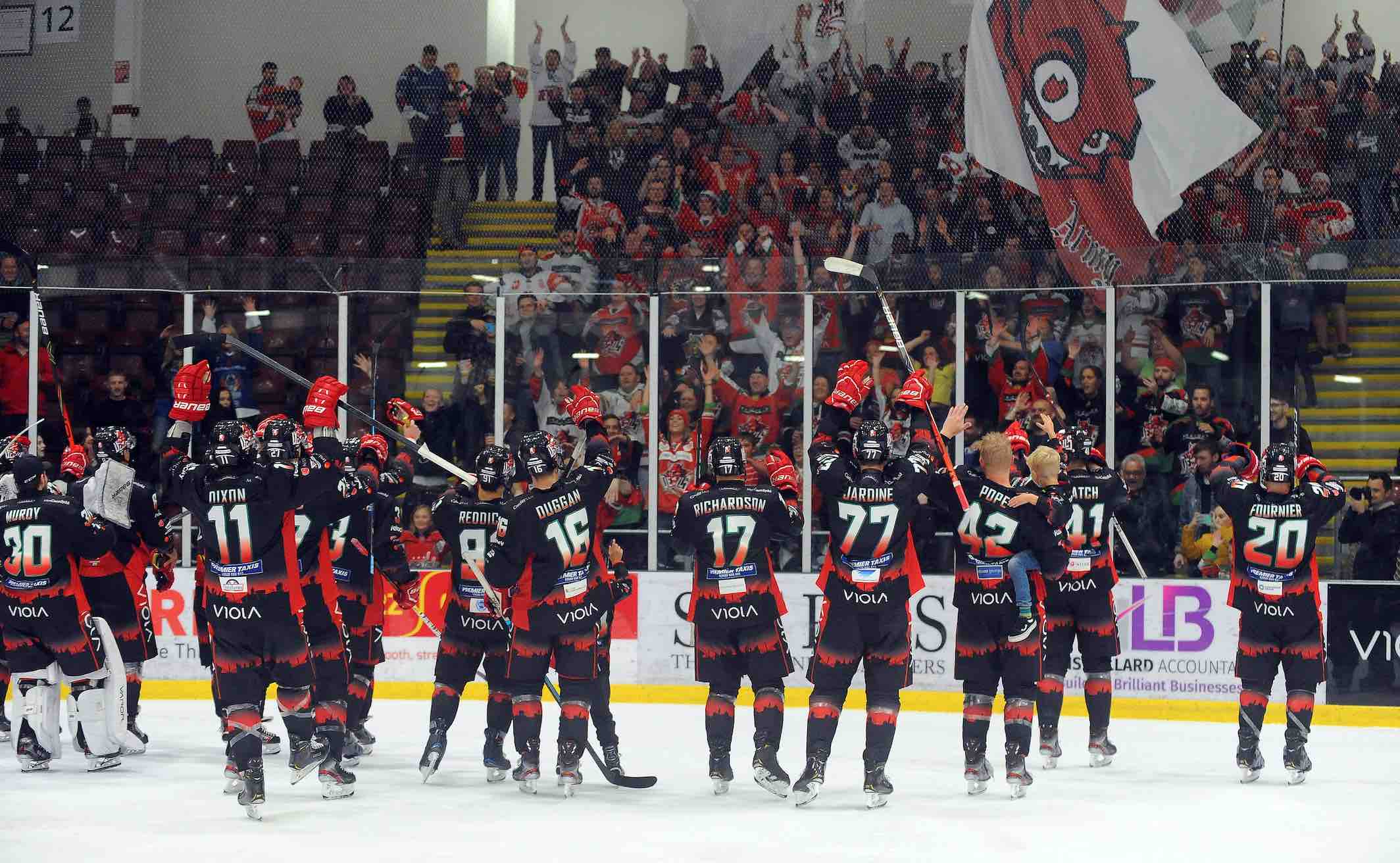 Cardiff Devils fans will stand up for their team again when Manchester Storm visit the Viola Arena in Cardiff Bay.

Elite League play-off champions Devils introduced a standing section in block 13 for the 5-1 Challenge Cup group win against Coventry Blaze and it proved a success.

The club have now given the go-ahead for a three-game trial of the standing area, during matches against Saturday, October 5 v Manchester, Thursday, October 10 v Dundee and Tuesday, October 15 v Frolunda.

The Frolunda fixture is not a season ticket game, so if you do not have tickets yet, you can purchase in Block 13.  If you already have a ticket, Devils can move you to Block 13.

Devils managing director Todd Kelman says: “After the Frolunda game, we will evaluate if there is an appetite to continue with a standing section.

“If so we will invite season ticket holders to move to the standing section for the remainder of the season starting with the game on November 9 (v Sheffield Steelers).”

Former Devils captain Ryan Finnerty brings his Manchester team this evening (Saturday) and they will include Canadian Layne Ulmer, who scored 156 points (59+97) in 160 appearances during three seasons in Cardiff.

Ulmer, an NHL draft pick for Ottawa Senators in 1999, joined Storm this season.

The 1999 draft pick for Ottawa Senators joins the Storm following three seasons in the EIHL with The Cardiff Devils.

He has iced in some of the top leagues in the world, including the American League, NHL (for New York Rangers) and Germany’s DEL. “We have a young team, full of players new to the EIHL,” says Storm coach Finnerty. “I wanted to get some leadership and the opportunity to sign a player who has experience of winning in our league was a bonus.

“I am really excited by our youth and experience and so excited to coach this team.”

Teams evolve. Players move on. It's part of sport and life. But Damn if I won't be sad to see Ulmer in a Storm jersey in Cardiff. #biggameLayne