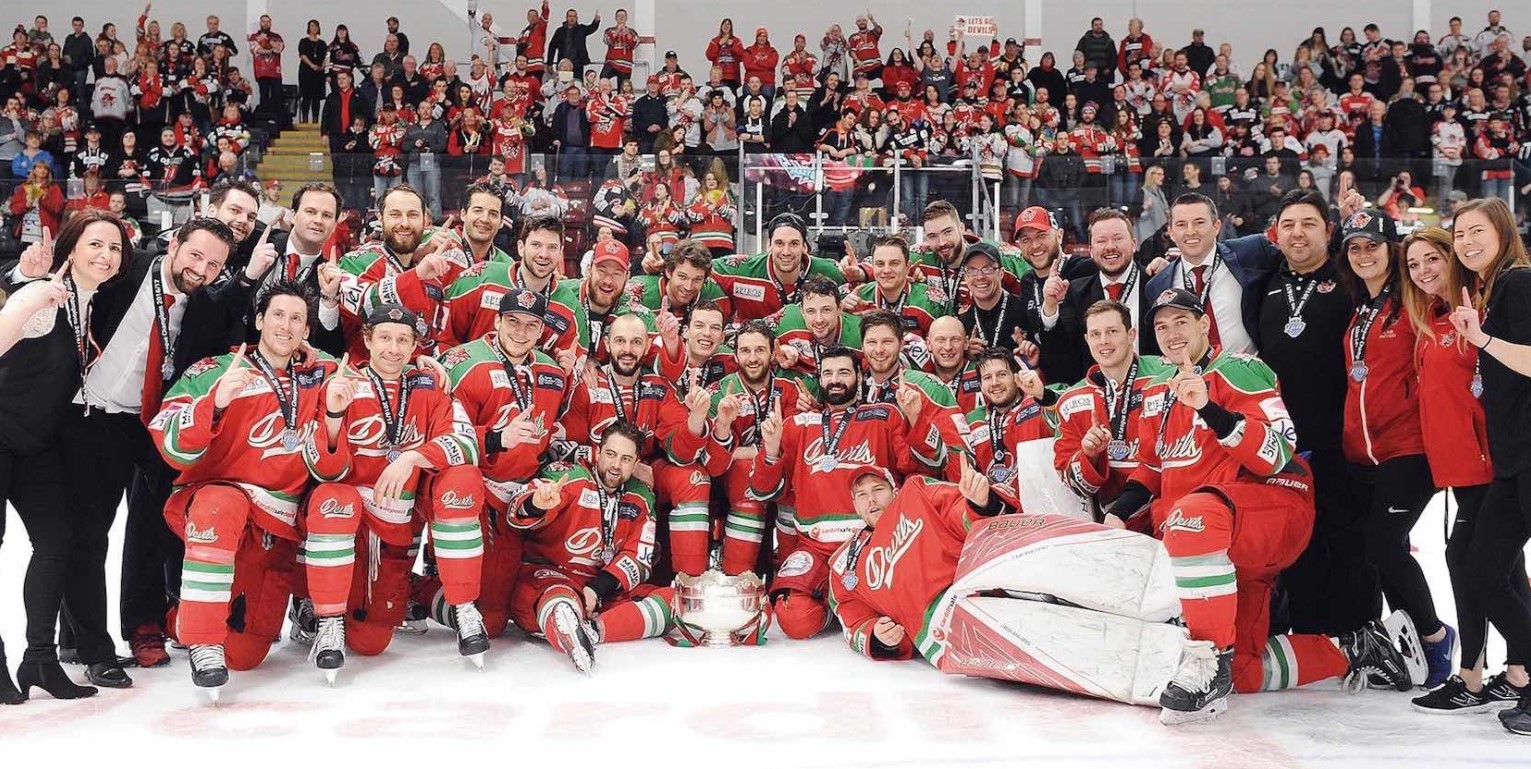 The Cardiff Devils have been granted automatic qualification into the 2021/22 Champions Hockey League on the fourth anniversary of winning their first Elite League title.

Entry to the Champions Hockey League (CHL) is granted to the winners of the previous season’s Elite League champions.

The decision to award the Cardiff Devils a place in next season’s competition was taken after the Devils were in first-place when the 2019/20 Elite League season was cancelled mid-competition.

Due to the postponement of the 2020/21 season of the EIHL, three-time CHL participants the @cardiffdevils were awarded the league’s CHL qualification spot as decided by the CHL Board. 👏#ChampionsGoBeyond pic.twitter.com/5vIsjhrefg

The Devils have participated in the CHL on three occasions, competing against some of Europe’s best ice hockey teams.

The news is a welcome boost to the Devils and coincides with the fourth anniversary of their 2017 Elite League championship.

The Devils secured their first league title in 20 years with a 6-2 win over rivals Sheffield Steelers.

Captained by Jake Morissette, who would officially lift the trophy the following week, Andrew Lord moulded a championship-winning team in his first season as player/coach.

The Elite League received £2.7 million of Government funding for ice hockey (in England) this week in the latest round of the Sport Winter Survival Package.

Coventry Blaze, Manchester Storm, Nottingham Panthers and Sheffield Steelers will compete in next month’s ‘Elite Series’ and will receive support in the form of both grants and loans totalling £2.3 million.

The four teams continue to assemble their temporary rosters and each announced a further import signing today.

Forward Scott Simmonds has re-joined Manchester Storm and the Sheffield Steelers announced that power forward Tanner Eberle would also be returning, for a third season with the team.