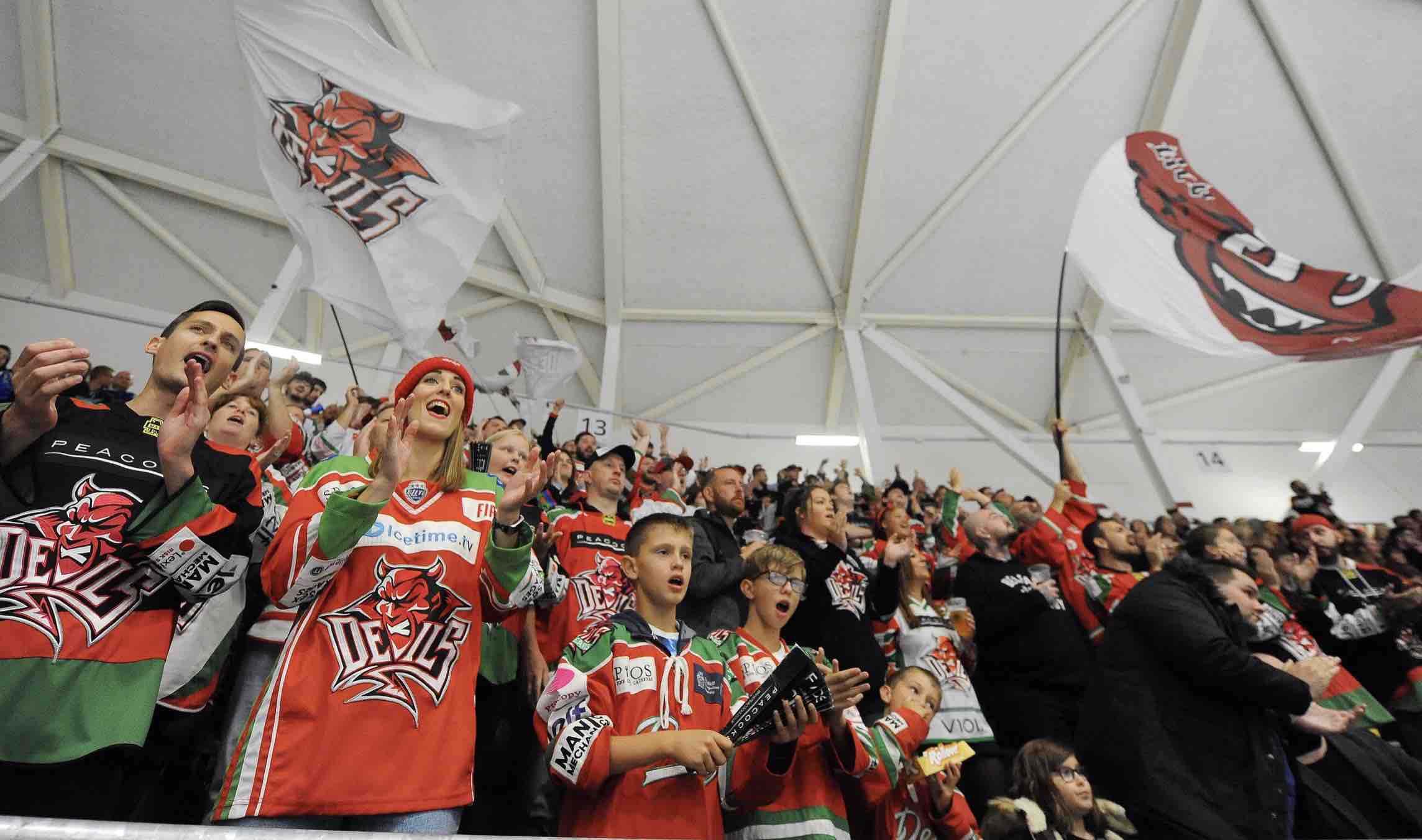 Cardiff Devils fans in full voice at the Viola Arena.

Coventry Blaze visit the Viola Arena on Saturday, the first match since the mid-season break because of Great Britain’s Olympic qualifying fixtures.

Devils have a ‘HellOut’ for the Blaze match with a capacity 3,100 attendance guaranteed.

Cardiff won their last fixture 1-0 against Belfast Giants away and they now go into a run of three matches in five days.

They entertain Coventry on Saturday (7pm), travel to Guildford Flames the next evening (6pm) and welcome Fife Flyers to Cardiff Bay next Wednesday (7.30pm).

Managing director Todd Kelman outlined the reasons, saying: “Block 12 has 70 more seats than block 16 and there are few teams who bring with them enough fans to fill the current away section.

“Making this switch means there are more seats available for home fans to book as soon as the seats go on sale.

“Based on this season’s numbers of traveling fans for each game, there would have only been 2 games so far out of 31 that required more than the total number of seats in block 16.

“Block 12 is also right next to the standing section and separating the two makes sense.

“There haven’t been any real issues, but we are pretty certain that if you are traveling to Cardiff to watch your team play you would prefer not to have a massive Devils flag being waved in your face.

“When away fans do travel in big numbers away bookings can spill over into block 15 easily because there are not very many season ticket holders in that section.

The new away section will have wheelchair spots, which block 12 does not.

Devils take on Sheffield Steelers in the 202 Premier Sports Challenge Cup final on Sunday, March 8. The final is at Cardiff’s Viola Arena (4pm).

The two teams have split the ticket allocation down the middle, which means the arena will be filled with both sets of fans.

Ticket prices are exactly the same as for the past three Challenge Cup finals in Cardiff, £22 per seat including all service charges.