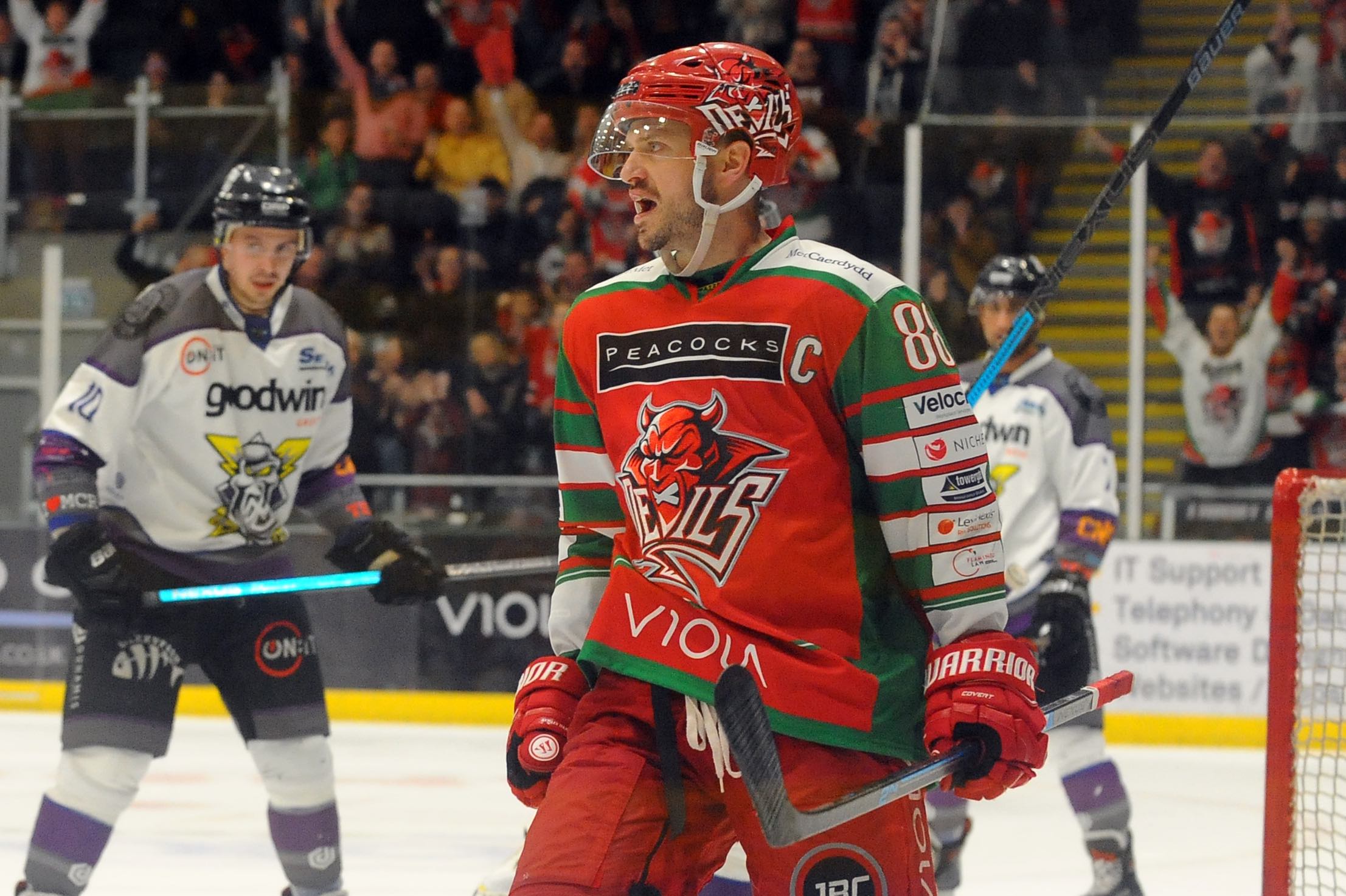 Cardiff Devils captain Joey Martin has been linked with a return to British ice hockey ahead of next month’s Elite Series competition.

Martin’s loan to Norwary’s Stavenger Oilers ended last week making him available for such a move.

Martin, 32, is contracted to the Cardiff Devils and had been playing for Stavenger in the absence of a full British hockey season, until the Norwegian hockey season was also officially cancelled on Thursday.

It is understood that Martin’s agent has since offered the player to the four English teams competing in the Elite Series – although Devils rivals Sheffield Steelers have refuted suggestions that he could sign for them for the duration of the five-week tournament.

Steelers head coach Aaron Fox has told Sheffield newspaper ‘The Star’ that he has no interest in acquiring Martin on a temporary basis.

“Joey is obviously an excellent player who could probably help us win and his agent has reached out,” confirmed Fox.

“His name was one on a list but my position is that I don’t see any chance of him being a Steeler, long-term.

“Although he may help me for five-week series I am assuming he will be a Cardiff player again next year and I just don’t have interest in bringing in guys if they can’t help us down the line.

“He’s a great player for Cardiff but we are looking for a long-term commitment and association with Sheffield,” he said.

“My logic is that if there was only a 0.1 per cent chance of Joey signing for Sheffield next year – why would I bring him in?

“He is a Cardiff player and I would be shocked if any other team in this league could get him to play for them next year.”

Martin had played 19 games for Stavenger, posting a point per game (11 G, 8 A) but has not iced since the first week of January with the Norwegian league on pause before being finally cancelled.

Despite Sheffield’s reluctance to sign the Ontario-born centreman, Coventry Blaze, Manchester Storm and Nottingham Panthers could all be interested in Martin’s availability as an import-signing.

Martin has proven to be a huge success since joining the Cardiff Devils in 2014 and is widely regarded as one of the best players playing in the UK.

Devils teammates Matthew Myers (Sheffield), Josh Batch (Manchester), Sam Duggan and Toms Rutkis (both Coventry) will all feature in the tournament which is due to start on Saturday 3rd April.