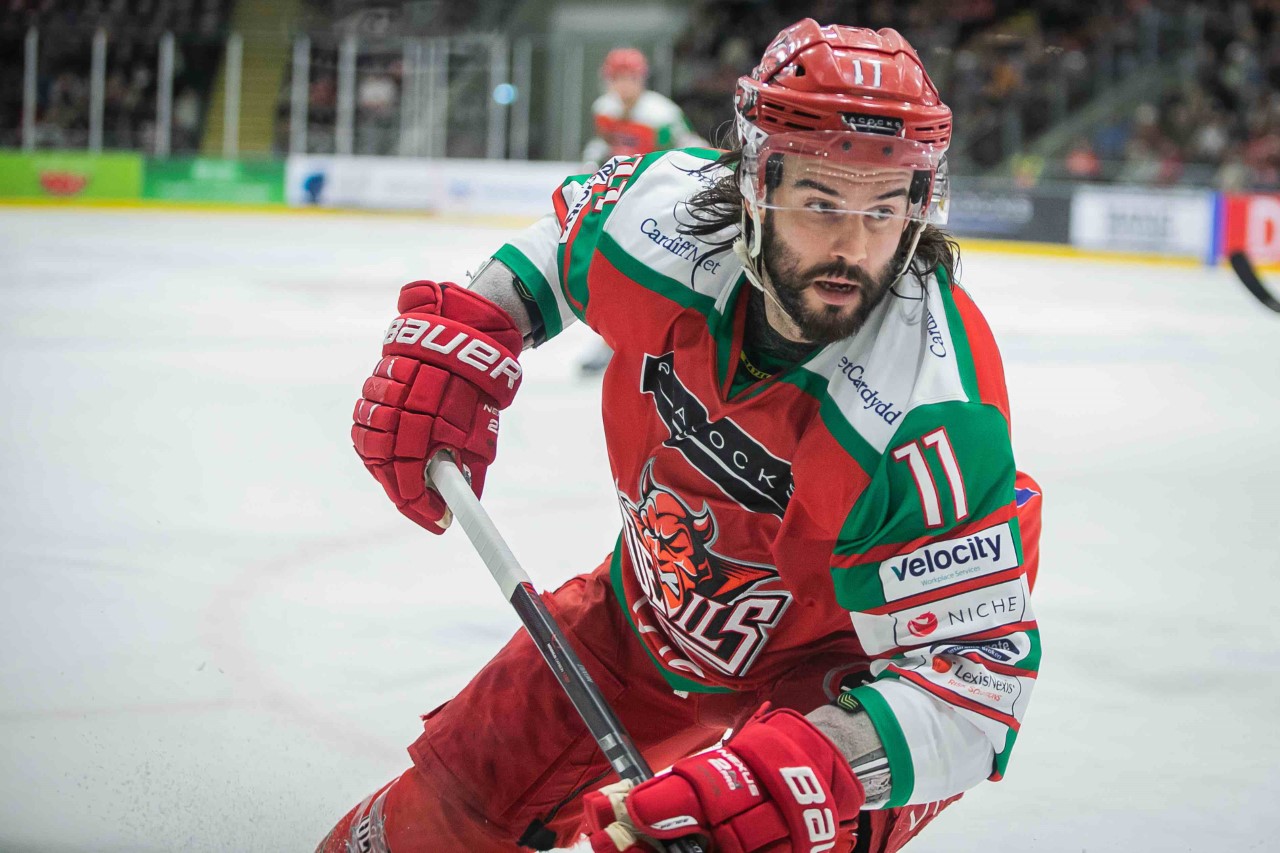 Dixon followed captain Joey Martin and Joey Haddad in committing to the Devils again and there will be more player announcements over the next few weeks.

“I’ve enjoyed my time in Cardiff,” said the man from Halifax in Nova Scotia. “Devils are a quality organisation from top to bottom. We have a great group of guys and great fans.”

He is back for a third season with Devils after putting up 33 points in 63 games in all competitions last season. His 20 EIHL goals made him second leading Devils scorer behind linemate Haddad.

Along with Charles Linglet, Dixon and Haddad in a potent combination. Which made them one of the most feared forward lines in the League.

“I play hard, finish checks, go to the net and don’t think too much about things I can’t control,” says Dixon when asked about his playing style.

“My mindset is to play hard and hope things work out.”

Dixon joined Devils from German DEL club Grizzly Wolfsburg in the in the summer of 2018. Before that he spent two years in Finland’s top league with Tapparra.

Dixon was a 2003 NHL draft picks for Pittsburgh Penguins, while, before turning professional, he won silver and then gold medals at the World Junior Championships representing Canada alongside a team of future NHL stars including Sidney Crosby and Patrice Bergeron.

He was captain of the Cape Breton Screaming Eagles before turning pro, an organisation that also produced Haddad and former Devil Chris Culligan.

He played a vital role in the 2019 play-off winning Devils team and has been a firm fans favourite since his arrival in Cardiff.

During his two seasons in South Wales been voted Player’s Player and Red Army Travel Player of the Year plus winning the Scott Matzka Award for consistency and work ethic on and off the ice.